Meari Shooting Range (Meari means ‘echo’, is this because of the echoing sound of shots ringing out? nobody seems sure!) and has been a place to visit since the early 2000s. Substantially renovated in 2014 it is now a popular spot for various Korean groups as well as tourists.

Important Note – this is not a military shooting range; all weapons are low-calibre, there are no AKs or anything flamboyant. This is a place for fun rather than to hone one’s military prowess! 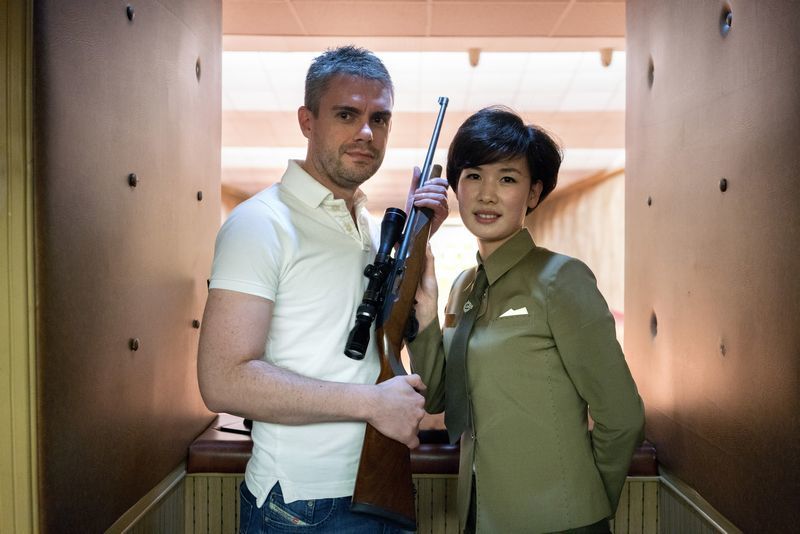 Meari Shooting range is in the Sports Village of Pyongyang, an area covered with various gymnasia built for the 1989 World Festival of Youth and Students. The Meari Shooting Range itself is just off the main Chongchun Street and opposite the Headquarters of the DPRK Football Association. There are a variety of activities on offer at the Meari Shooting Range, the electronic shooting game seems to be popular with visiting Korean People’s Army soldiers – in one you can wipe out what must be the entire world’s tiger population, which seems a little bit…wrong

An indoor archery range is also here, with targets up to 25m away, 4 arrows for $1 is the price for tourists.

There is also a restaurant and a couple of tennis courts here at the Meari Shooting Range.

The main attractions at the Meari Shooting range though are the actual rifle and pistol ranges, at the back of the complex. Here you can see a gun fired by Kim Jong Un, you can’t use this one though! If you manage to hit a pheasant then you now own it, whether or not you want a dead pheasant with you for the rest of the day’s tourism. Actually you can take it to any restaurant and they will know what to do with it. It’s a bit of an odd thing to do, but if you want a pheasant and are a good shot then this is an economical way to get one!

Bullets at the pistol and rifle range (which will be loaded for you by the staff) cost 59 cents each, but if shooting pheasants the cost is $5 each – so don’t miss (or just shoot at targets, leave the birds alone!)

Meari Shooting Range is a good fun spot to visit, especially if there are locals there practising their aim and willing to take you on in a shooting contest! 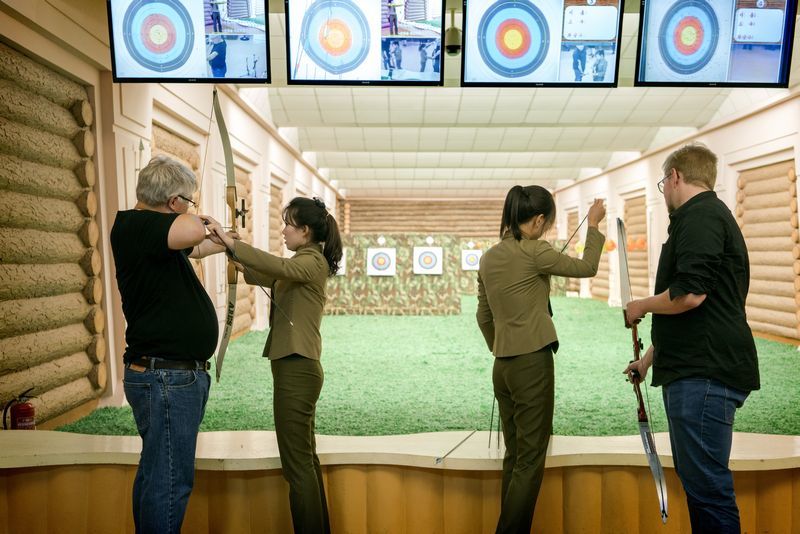