All about resisting Japan

Museum of the War of Chinese People's Resistance Against Japanese Aggression 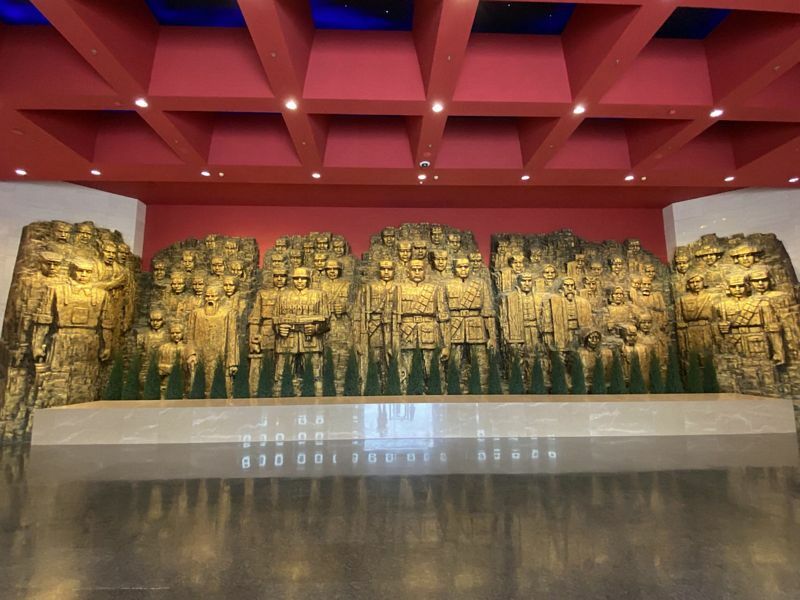 One of the most important and significant museums in Beijing is this enormous complex at the western edge of the city, meaningfully inside the Wanping Fortress (a complete Ming-era walled town) and next to Luguo Bridge (aka. Marco Polo Bridge), the scene of the Marco Polo Bridge incident on 1937 when a battle took place (or was “provoked” between Chinese and Japanese forces which escalated into a full-scale invasion of Beijing; another in a long string of escalations all part of the Japanese conquest of much of China.

It is this conquest, or rather the resistance to it, which is the subject of this museum. Opened in 1987 at the behest of Deng Xiaoping, the main building is made up of eight halls and there is a general path to proceed between them, even if it is sometimes a bit unclear where one should go. Luckily, there were dozens of staff on hand specifically to direct visitors (at the time I was there, a Thursday morning in November, it was just me) from section to section. 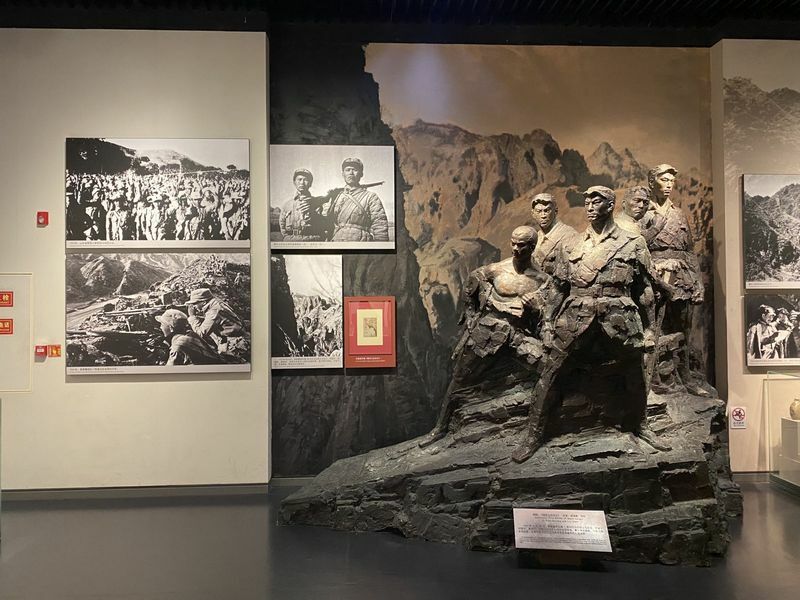 The entrance hall has a rather magnificent relief of golden coloured figures, representing the resolute Chinese population, as the entry point. This is a good start and is very impressive indeed. We then move on through the various halls – each with a rather long name, such as ‘CPC Persisting in Right Questions on the Chinese People’s War of Resistance Against Japanese Aggression and the War in the Enemy’s Rear Area’, or ‘The Great Historical Contribution of the Oriental Main Battlefield’ – anyway there is a lot of depth to this place, and it is very handy for international visitors that everything is translated into excellent English along the way.

I’m not going to launch into an explanation of the course of the Japanese invasion, occupation, establishment of puppet regimes, the guerilla and conventional warfare tactics used against these invaders by the Chinese, the KMP/CCP United Front, the various personalities involved at the higher levels, the global implications, the involvement of foreign powers, the war crimes and crimes against humanity, and the final defeat of the Japanese and the Axis powers in general. That would take up too much room (even saying I’m not going to do that has taken up enough).

However, even though a full explanation is offered here it might be good for anyone not educated in China to do a little reading up first, as a fair amount of knowledge about key events and places (such as the ‘Mukden Incident and the ‘Yan an Base’ is assumed). But this is a place to go and learn something, so visitors should prepare to be a little overwhelmed by the amount of info they are about to be bombarded with. 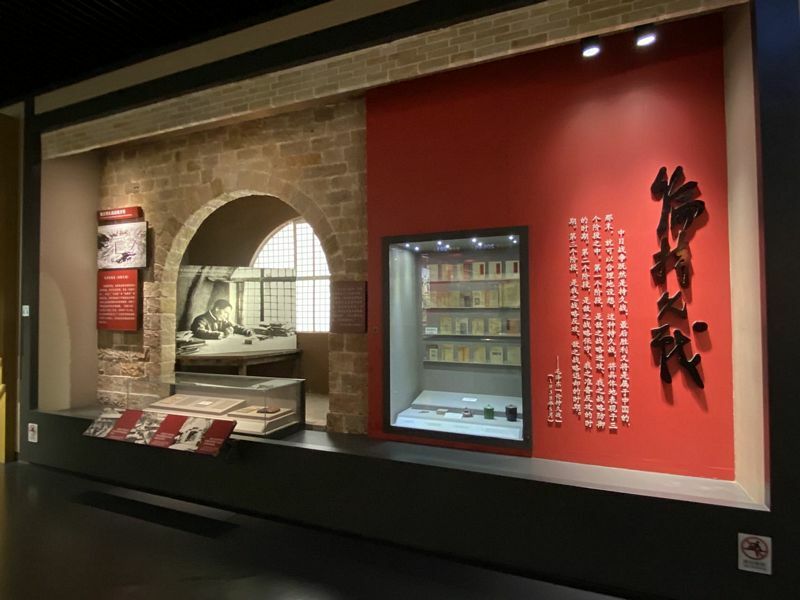 I found it all very fascinating, if a little dogmatic at times (I’m not questioning events, just that the emphasis on the same old handful of figures of historical genius who are credited with everything did strike me as a little simpler than things really would have been), and there is a strong patriotic message throughout, even though this really doesn’t evolve into just propaganda until the very end of the main museum.

While all war is hell, and all the destruction and horror on display is awful it is of course the exhibits of crimes against humanity which hits the most. This is a genuinely upsetting part of the museum, even for visitors who have read and seen much about this before. The massacre in Nanjing, the activities of Unit 731, the enslavement of millions, comfort women, the endless beheadings and torture, it is all displayed here in gruesome detail and is a tough part to spend time in. Important though, without a doubt. 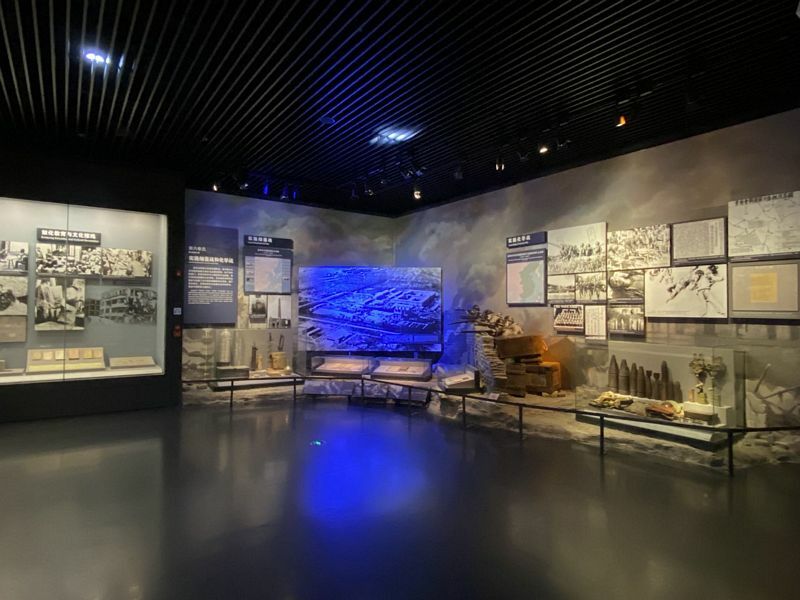 I general though the museum is not overly heavy and does an excellent job of distilling a very complex and lengthy struggle which took place for many years over a vast area, into a museum that takes around 1.5 – 2 hours to go around. The final hall, which pays tribute to more recent national leaders mostly seems a bit out of place, given that the museum covers events from decades before their time, but this is just the spirit of the age, and such a room (smaller usually though) is to be found at a great many Museums of Beijing these days, whether relevant, welcome, or not.

At the end of the main museum there is a bookshop. Here you can find a good range of texts (almost all just in Chinese), about the war, various biographies of people who took part, and also selections of films and documentaries. Plus, a lot of books by and about Xi Jinping too. Sadly, a dismissive shop assistant told me they were sold out of fridge magnets.

There is one last part, a final larger hall dedicated to the occupation of Taiwan and the resistance movements taking place there. The first part of this hall is just about repeating over and over in a few different ways that Taiwan is an inalienable part of China, in case this position was in any way unclear to anyone who may be visiting this place, but then it goes on to tell a story I was mostly completely unfamiliar with. So, it was worth a visit for sure. 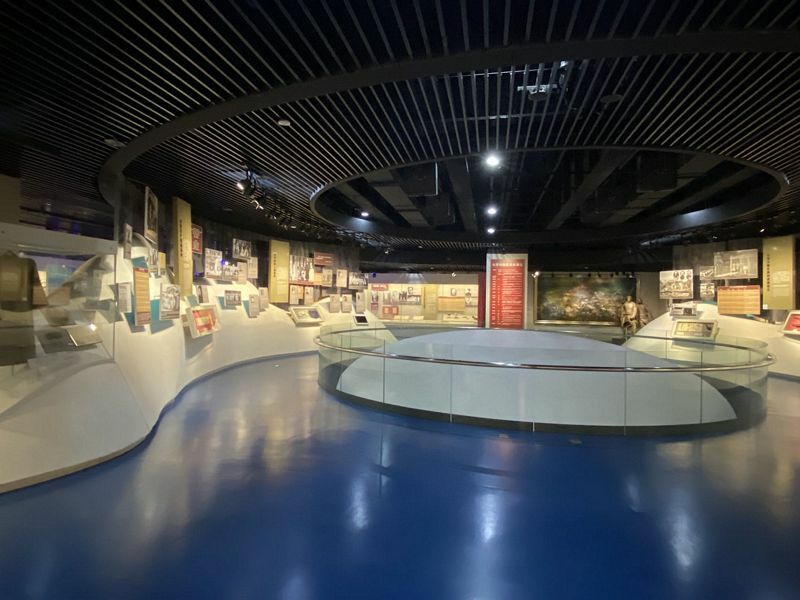 Towards the end of this hall some photos from the previous main museum start to get reused, and repetition creeps in, so it seemed to me as if this part had been built to stand alone as a place to visit while skipping the larger museum part, which would be a mistake for sure. But it was a good extra 15 minutes added to the visit.

Another addition though, which I more or less blundered across, was to walk around the back of the museum, between the building and the Wanping Fortress walls, where a couple of T-34 tanks can be found, plus a statue of American Flying Tigers aviator Claire Lee Chennault can be found tucked away, and a massive 2m tall bust of Canadian doctor Norman Bethune too, worth a wander around to see these curious bonus attractions. 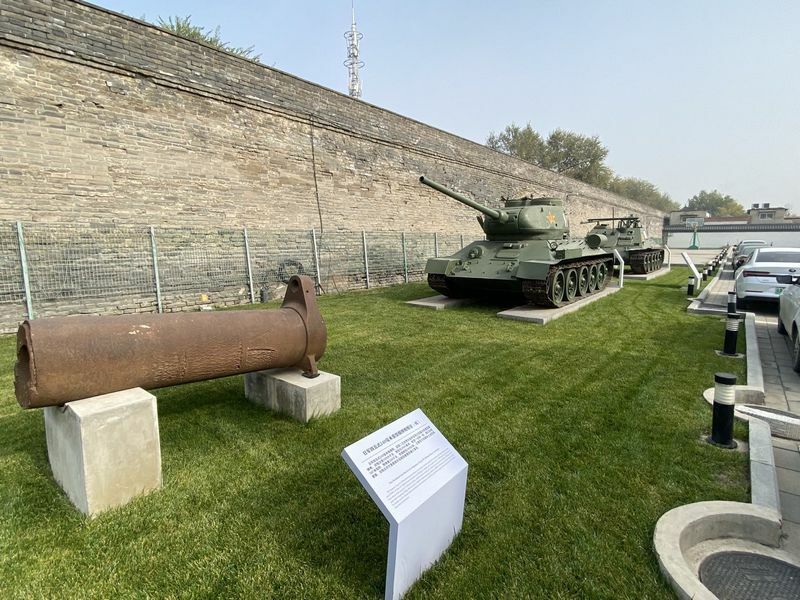 After a couple of hours in the museum, you find yourself back out on the street inside the Wanping Fortress still, it is several hundred metres in length after all. So, take the time to wander around a little, see some of the shops and cafes here, and head west to the Marco Polo Bridge (costs 20 RMB to enter there, worth it though) to complete the journey in this area. Anyone with a thirst for more Red Tourism after the Museum of the War of Chinese People's Resistance Against Japanese Aggression can head for the Changxindian Memorial Hall of February 7th Revolution, around 3km away across the Marco Polo Bridge itself.

The Museum of the War of Chinese People's Resistance Against Japanese Aggression is one of the biggest and best museums in Beijing, and one that is wholeheartedly recommended to any visitors and anyone with any interest in the most foundational events of modern China. 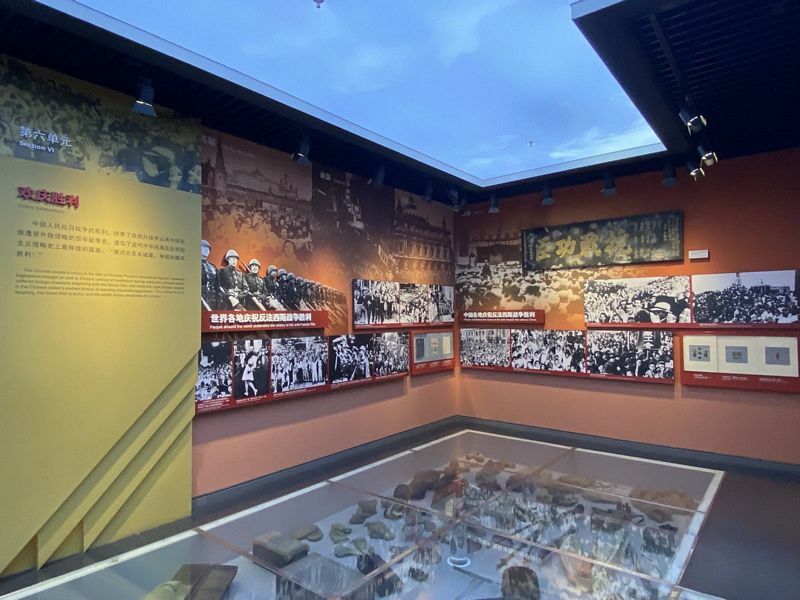