In one of the Ten Great Buildings of Beijing! Nongzhanguan, the Agricultural Exhibition Centre, is one of the Ten Great Buildings of Beijing erected in 1959 to mark the tenth anniversary of the foundation of New China. Within this pleasant compound at the east side of the third ring road there are various halls of trade shows and events, an utterly lovely small lake with lotuses growing, and ducks floating around, plus in-the-know locals using this as an alternative to Beijing’s parks to get some steps in, have a sit and chat, and so on. Also, appropriately present on this site, the China Agriculture Museum, scene of this entry in the ongoing Museums of Beijing project.

An introductory board inside the museum boasts of the multiple halls and exhibition spaces which await the visitor, with themed displays, outdoor exhibition spaces, a 3D cinema, and so on, but at the time of my visit (a Friday in August) not all halls were open to be visited, so I seem to have been able to access only around half of what was on offer, which explains why it only took me about half an hour to get from start to finish. 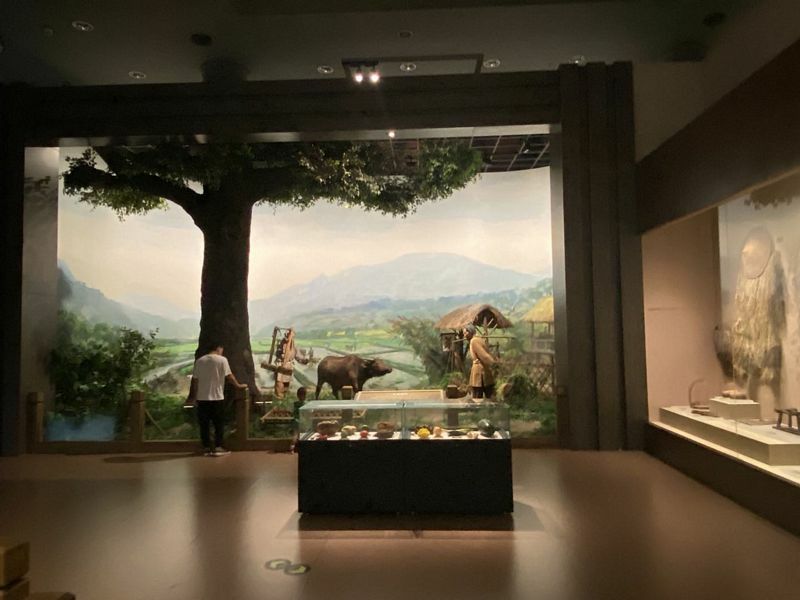 Translations are almost non-existent here, apart from the labels on many of the exhibited items – which tend towards simply naming then rather than providing any context at all. This is a particular frustration for anyone looking to learn anything about the progress of agricultural technology as a room full of ploughs, or a wall full of hoes simply have names rather than any sense of when advances were made, why one is better or more appropriate than another, and so on. It’s laid out more like a collection than a museum exhibition.

In general the layout of the China Agricultural Museum is very well done though, with muted lighting, a clear path, and some really top-quality wax figures in the many displays available. While explanations may be very brief in Chinese and non-existent in English it is clear from the start that what we are being shown is the progress from a hunter-gatherer society through various stages of organised agriculture, then the development of animal husbandry, fish farming, utilisation of water for irrigation and power generation, and then material goods and commodities that are somehow related to agriculture. All clear anyway to anyone with a sense of how this all goes in advance, perhaps a bit mystifying if this is your first introduction to how it all happened though. 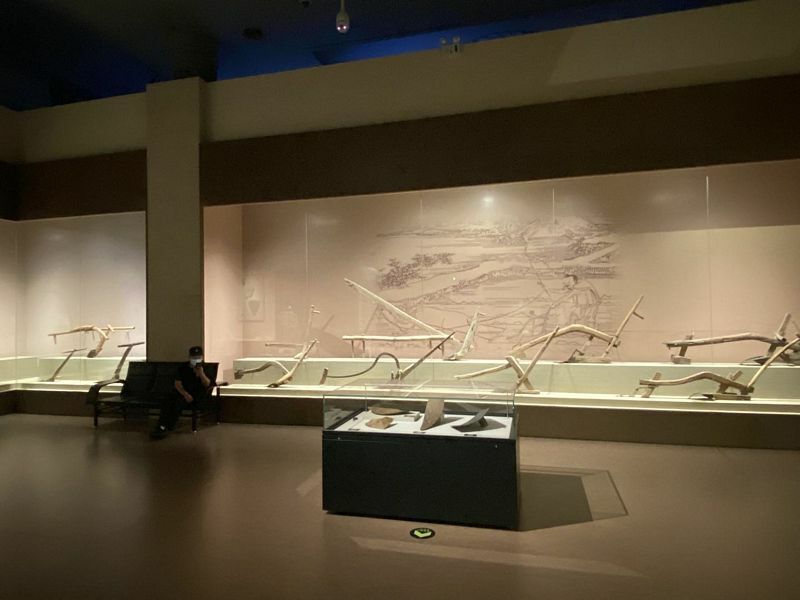 A handy leaflet available at the entrance shows me what I have missed with not seeing the China Soil Specimen Exhibition Hall (which looks pretty interesting actually), and the Teenager Agricultural Science Popularization Hall (which looks less fascinating, possibly because I’m not a teenager) but the general info I experienced at the main sections of the China Agricultural Museum were good enough for a start and a second visit to get to the rest of the halls wouldn’t be too onerous for the future (handily the museum is very easy to get to, and has a subway station right outside the main entrance). 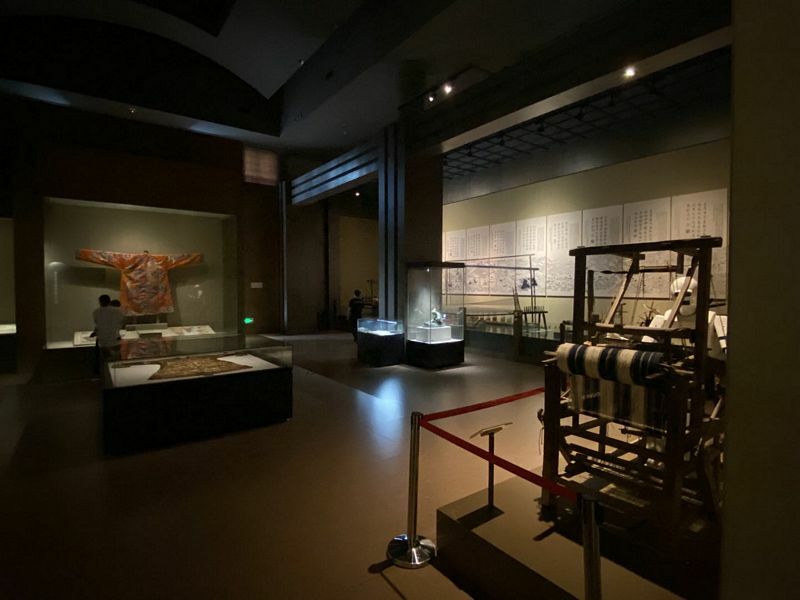 After exiting the building, I had a search for the three outdoor exhibition gardens that the entry board promised, but all I could find was a pleasant park area behind the building, with some nice statues of farmworkers going about their tasks – reaping, milling, ploughing, and so on. It turns out that this is in fact the Outdoor Exhibition Park, made up of these statues and some quirkily shaped sculptures that I walked past later without realising they were part of the Agricultura Museum at all – are they supposed to be conceptual sculptures of something related to agriculture? I have no idea.

Anyway, it may be a little confusing and lack some of the fundamentals of how an educational museum should label its displays, but it is free to enter, easy to find, and the bonus is that visiting the China Agricultural Museum gets you into the Agricultural Exhibition Centre itself, which is a fun and peaceful spot to wander around, have a rest, and enjoy a bit of parklife in the centre of the city. So, make the most of a visit here and do it all at once, including the museum of course, or as many halls are open at the time of your visit! 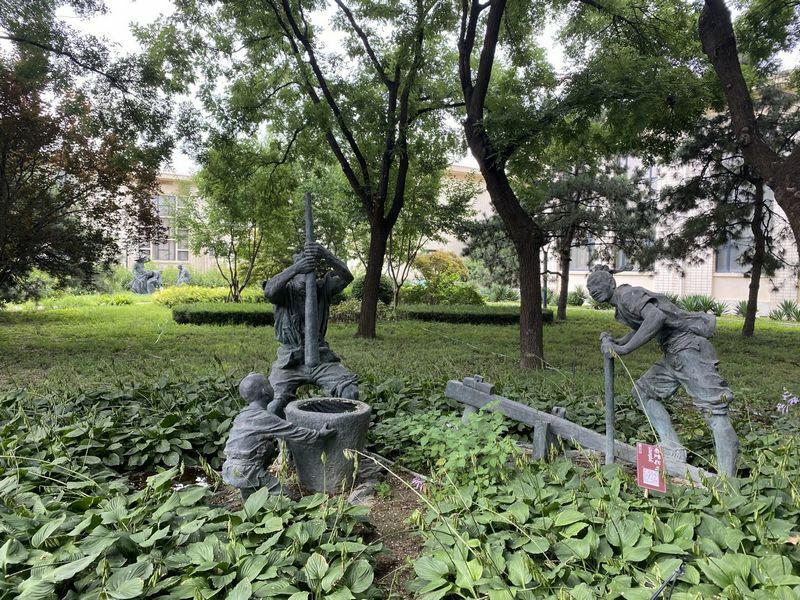