Today in Ulaanbaatar and Mongolia is probably the most important day of the year of the Mongolian calendar.

Today marks the beginning of a three day holiday, during which most business will close and the city falls silent.

This year however it is all a little different in light of the recent Coronavirus outbreak in neighbouring China and close friend Korea.

All schools, colleagues, universities and kindergartens have been closed since early February.

It has been speculated that they will open again late March.

Today, the 24th February, is known as 'Shiniin neg'. This is the day of the white moon after spending yesterday the eve (Bituun), tidying, washing and preparing food today is traditionally a day for the family.

This year, however, Mongolians have been told to limit contact and take care with public interactions.

Most families have opted to stay inside and those that do venture out are kitted up now with face masks and rubber gloves.

The morning starts early as it did for me.

We are expected to rise in order to greet the new day's sun.

Following this, the senior members of the family will head out to perform a local Buddhist tradition called 'Zug Mur gargakh'

Today was a little cold at -17... but warmer than most other years. 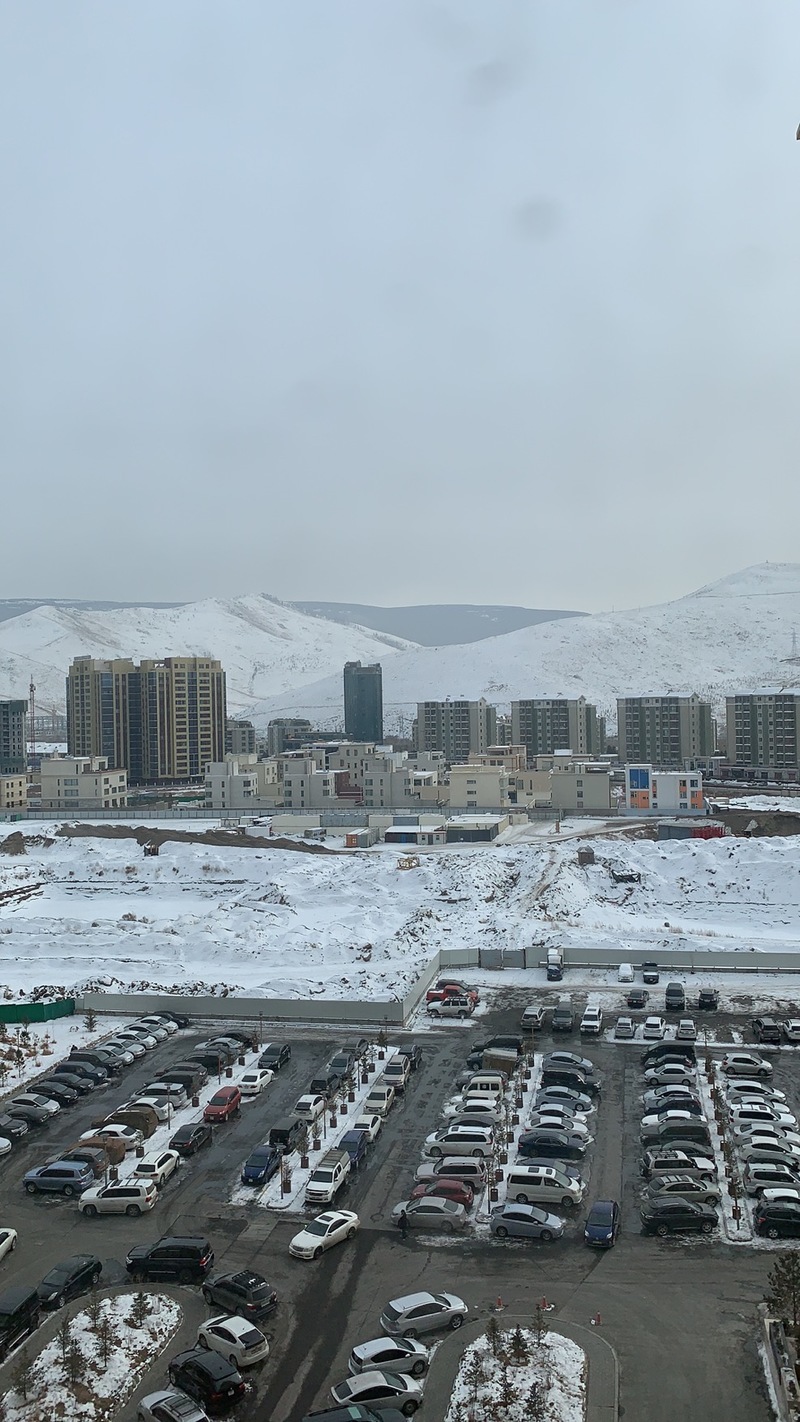 What is Zug Mur Gargakh?

Zug Mur gargakh consists of 8 variations depending on your year of birth.

There is a pre-described route based on compass points, also involving a set prayer said in Sanskrit as well as a process at the end of the ritual based on one of the essential elements.

For example mine this morning was to walk to the East, making a set prayer 7-21 times then offer (splash), water to the west step over this offering and return to my home from the North.

Once this is done and my prescription filled, all is considered good for the following year and the festivities can commence. This includes mostly eating and drinking with friends and family.

This means simply 'have a nice first of the month'.

This greeting is not used amongst married couples, however, as they are considered one.

When calling at homes, the more formal Zolgokh greeting is to be used.

This traditional Mongolian greeting consists of two people holding both their arms out, with the younger person's arms placed below the elder person's and the hands grasping their elbows.

This reflects ones support for their elder.

The two people will then touch each other's cheeks, usually accompanied with the phrase “Amar mend”.  The meaning of this is 'are you well and peaceful'?

There are variations which would take an age to explain.

As one makes their way around, it’s not uncommon to visit more than one home in a day at times 5-6 may be the norm.

Family and friends crisscross around a city slowly becoming more filled on the glut of food and drinks whilst becoming weighed down with gifts given.

This year, however, its dumplings at home followed by an evening walk in the countryside for me in light of the restrictions.

Mongolia so far has remained free from the virus.

There are still regular flights via Russia, Kazakhstan, Japan and South Korea.

Mongolia is the world’s 18th largest country with a population of only 3 million. It has a seemingly endless countryside comprising of Steppe, desert, mountains, glaciers lakes and forests.

If you’re looking for that holiday getaway this year and have a sense of adventure, want to avoid the crowds and want to experience local life than Mongolia could be for you!