All you need to know on cashmere - not just an overpriced sweater!

For many cashmere is that overpriced jumper, jacket, scarf or hat found on the highstreet or peering out from the pages of a fashion magazine.

Synonymous with quality Cashmere is said to be one of the most sought-after fibres for clothing in the world.

If you have travelled to the central Asian region, you may have some idea of how important to the area cashmere is, or at very least spotted one or more of the cashmere shops tempting you in to buy its wares. 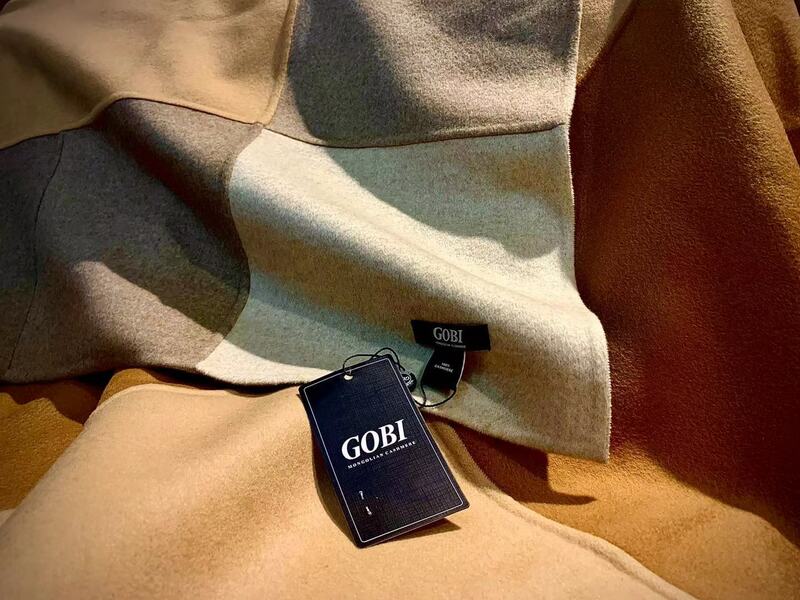 Commonly cashmere wool is known as cashmere; cashmere is a fibre obtained not only from cashmere goats but also pashmina goats, and some other breeds. The fleece of these animals has been used to make yarn, textiles and clothing for many hundreds of years.

The use of the fibre defines cashmere as wool, although it is generally much finer, durable and a softer. 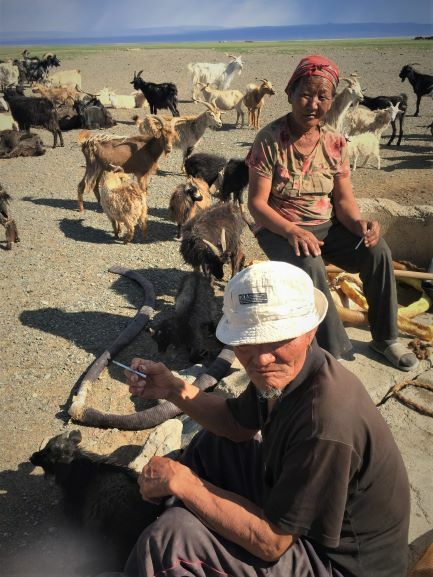 Properties and Price of Cashmere

To be categorised as cashmere the fibres must measure under 19 microns; comparatively a human hair is 50-70 microns.

Fabric made of cashmere is warm and comfortable to the wearer with no itching of the fibres against the skin. Cashmere has fantastic insulating properties and is up to 8 times warmer than sheep wool.  For many, the other benefit of cashmere is its unique feel much akin to silk.

The price of cashmere is high very high, especially if compared to standard wool.

The reason for the price is due not only to the properties of cashmere but also the quantity, a single goat on average will only provide about 200 g of cashmere fleece per year that means for a sweater that's around three goats worth.

The wool of the Cashmere goat has been used in the central Asian region for many thousands of years. Mongolia, Nepal and Kashmir have long been the hub of production also known as pashm (Persian/ Urdu for wool) or pashmina. There is much debate about the origins of cashmere with records existing as far back as the 3rd century BC.

Production of Cashmere had grown from the 13th century onwards although it took off when cashmere first reached France in the early 18th century.

Cashmere goats for wool production over the years have been introduced as far afield as Scotland, France and America.

However, it is now Mongolia and Inner Mongolia (China), that dominate the trade. However, large fluctuations in temperature make the conditions more suitable for cashmere growth.

There is a mixture of various breeds of cashmere goat with some argument as to which is best. It is commonly believed the yarn from the Changthangi (Kashmir Pashmina) cashmere goat is the best as it is the finest.

Collection of the wool takes place during the spring months of March to May at this time the goats are in moult and shedding their winter coats. It is the said that the colder the winter, the better the quality of the goat's fleece would be.

In Mongolia the goats first have their coarser outer hair removed by hand (or clipped), then the fine, downy hair is then combed and collected. It is the fine undercoat which is the pure cashmere and most valued.

Once the cashmere has is collected, it will then be bagged and taken to weigh stations. At the stations, a price is paid depending on the current market value.

The cost of wool is dependant on quality and texture with more delicate, longer strand wool more sought after and valuable.

Once collected, the wool is washed, and dyed before being spun into yarn; it is then knitted or woven into a fabric.

Many of the items found in Mongolia are pure cashmere made prices will vary depending on the quality. The more delicate the cashmere strand, the higher the price.

Buyer beware do take care as many highstreet shops may advertise goods made of cashmere or containing this wonder wool; in the west cashmere advertised products only need to include 3% cashmere fibre to be labelled cashmere. An authentic 100% cashmere sweater can retail for over 500 USD.

In Mongolia, the goat population grew from 5 to 20 million from 1990-2009; this growth was due to Mongolia's independence as communism collapsed. The collapse allowed Mongolian farmers to select and rear their animals. Mongolian farmers expanded cashmere goat herds to cover the worldwide growing demand in cashmere at this time.

When travelling there are always those stereotypical souvenirs,  some countries have carpets, wood carvings, silk and more. Then there is that age-old question do locals buy this stuff? Well in Mongolia most cashmere products produced are for the local market, with a large number buying clothing blankets and more.

When cashmere shops in Ulaanbaatar have a sale Mongolians will flock from miles around with shops unable to deal with the influx at times. The debate as to the true origins of cashmere will always reign, with the discussion revolving around exciting tales and stories.

One such legend dates from the 14th-century and involves the Islamic scholar, poet and scientist Mir Sayyid Ali Hamadani.

The tale goes that Ali Hamadani brought 700 artisans from Persia to Kashmir upon his visit to Ladakh, he discovered the benefits and quality of the wool from the Ladakh goat (cashmere). So impressed was Ali Hamadani that he mixed some of the cashmere with regular a wool and made a pair of socks with his own hands.

Ali Hamadani then gifted the socks to Sultan Qutubdin, the then King of Kashmir. The Sultan was so amazed by the durability and quality of the socks that when Ali Hamadani suggested the king begin large scale weaving in the region, he listened.