The city centre of Espiritu Santo is Luganville.

Luganville may be smaller than Vanuatu's capital city, but it is a small island hub of activity.

Everything in this neatly packed city is located along the coast in the south of Espiritu Santo. You will find some local restaurants, as well as a Japanese and Chinese (Sichuan) restaurant. There's a relatively wide range of hotels and accommodation to choose from (when I say wide range I mean small-pacific-island-wide range), at least one supermarket, and various other markets and local restaurants.

Few people visit Vanuatu, and even fewer make it to Espiritu Santo - but just in case the main island ever gets fully booked... there's some other options on the small islands just south of the main island that you can choose to stay on.

Luganville is home to one of the most famous spots on Espiritu Santo - Million Dollar Point and the SS President Coolidge Cruise Liner.

Don't dive? No worries. You can also snorkel at Million Dollar Point.

Let's have a look at where Million Dollar Point got its name from, what it's like to dive there, and what's the story behind the SS President Coolidge.

Note: Million Dollar Point and SS Coolidge are seriously impressive, there's a load of history (literally physical history), there is lots of coral and fish, and the visibility is incredible. This makes for great pictures. Actually, incredible pictures and videos. Unfortunately, when you come unplanned to a tropical island (escape Corona Virus) bringing your GoPro isn't the first thing that comes to mind - and buying one on a random island also is not an option. Therefore, I unfortunately (!) could only enjoy the underwater scenes myself without thinking about taking pictures. Instead of missing off images completely, the images in this article are non-copyright images from Google. All images out of the water are Koryo Tours' own. But I promise it looks the same, really. 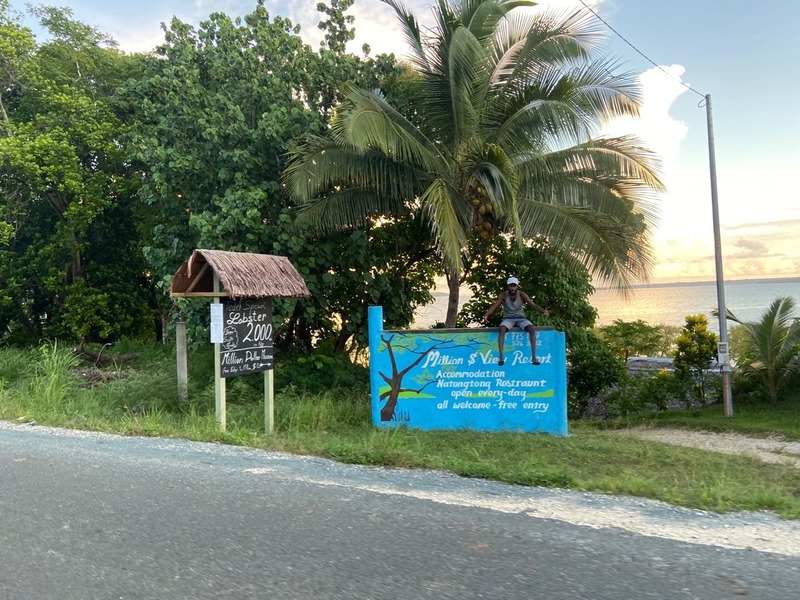 Million Dollar Point gets its name from the fact that there is estimated to be millions of dollars worth of equipment at this point.

The story is a typical (attempted) case of "our of sight, out of mind".

Here's how the story goes...

Espiritu Santo island was established as a US military supply base, and after the end of WWII, the US was stuck with all of this equipment that they couldn't transport back.

They tried to sell it (for an apparently decent price) to both the French and the British who refused to pay. And so the US deemed it an appropriate and responsible action to just... dump it all in the sea.

This, unsurprisingly, wreaked havoc, and not only destroyed millions of dollars worth of equipment but was very harmful to the surrounding environment. The people of Vanuatu were quick to try  to salvage and recover what they coould, but there is a lot leftover.

Today, this site gains more and more attention every year as people come here from all over the world for this world-class diving spot.

You can enjoy this dive at approx 18 no more than meters, but you can explore deeper if you have the appropriate qualifications.

The dive will last around 35 mins.

Diving the Million Dollar Point is a pretty pleasant easy dive. You walk in from the shore and once you start swimming, you almost immediately start to see the equipment.

To the main "heap" of items, it's about 10 minutes. You will explore this area for around 15/20 minutes, then head back the same way you came.

If you are wanting something more technical, you can head down deeper or have a play in or with the equipment... 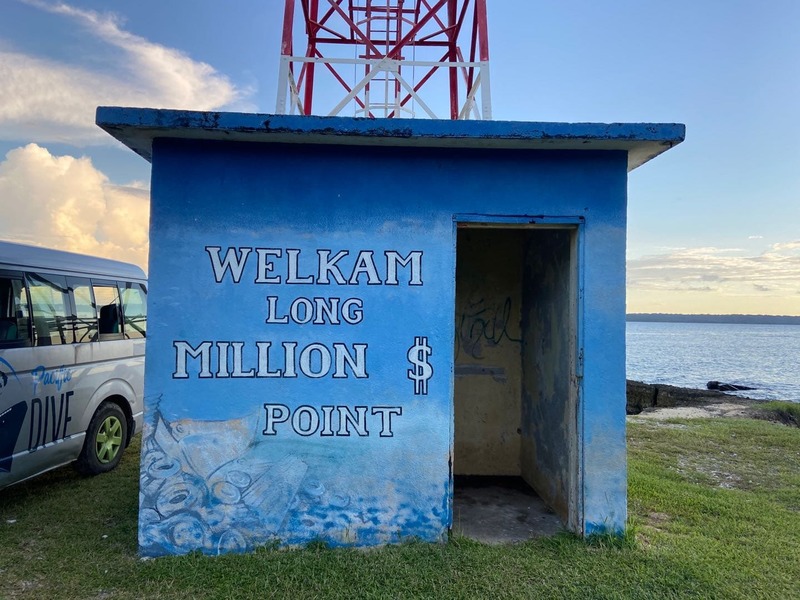 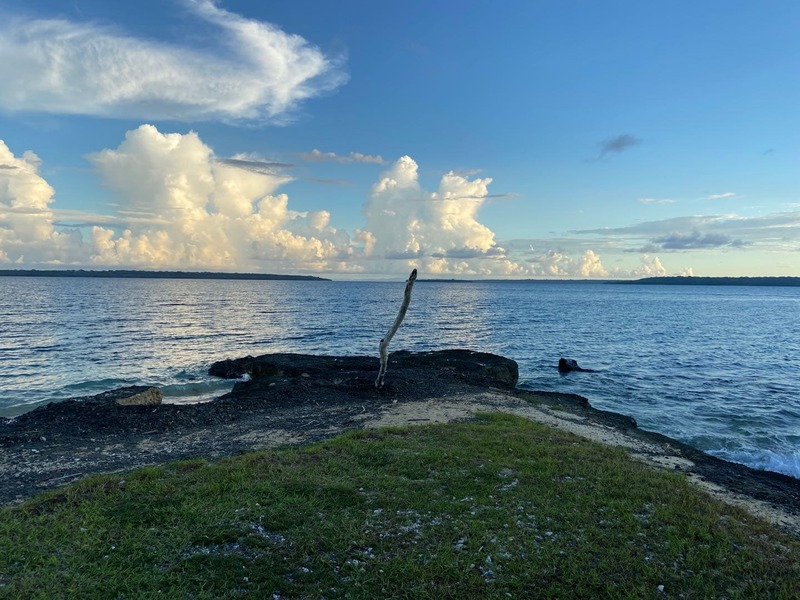 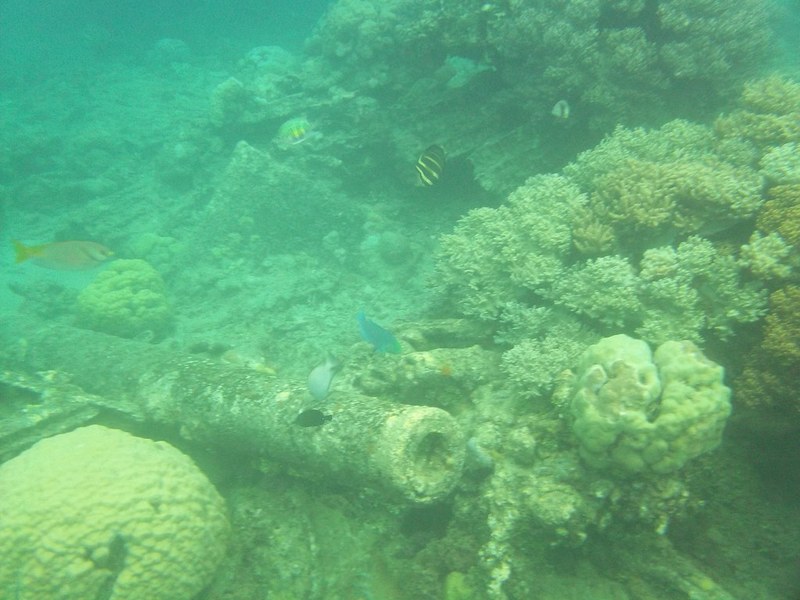 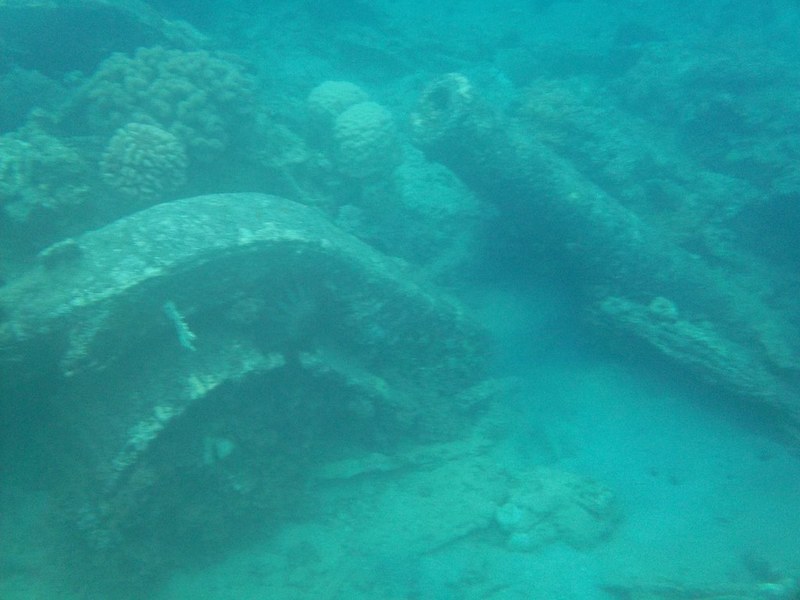 SS President Coolidge has a long history without a happy ending. Built in 1931, she was originally a cruise liner. She started being used in WWII early 1941 and in June 1941 she was transformed (partially) into a troopship, until October 1942 when she made her last journey.

At the start of WWII, she served as a ship to evacuate US citizens from Hong Kong, and also made trips to Honolulu and Manila. On 19th December after the Japanese invaded Pearl Harbour SS President Coolidge evacuated 125 critically injured naval patients from Hawaii.

In 1942 she was updated further and converted fully into a troopship - only unfortunately to be making her last trip not too long after.

The captain and crew of the SS President Coolidge, unfortunately, missed the memo that the Espiritu Santo area had been filled with many Japanese mines surrounding it. They were fearing Japanese submarines so attempted to enter into Santo. They did this by the easiest and most obvious way possible... Obviously then getting hit by a Japanese mine. And then another one.

The captain was pretty confident they would be able to breach the ship and crew could get back on to get their belongings, so it was evacuated quickly and calmly.

Unfortunately, the captain missed another thing - the coral reefs. These blocked the way and turned the SS President Coolidge on its side, causing it to slide down the channel.

And this is how it remains today.

There are many different dives you can do - since this ship is pretty damn big.

If you are going deeper or want to explore the inside, you will need a torch.

You can walk to where the SS Coolidge lies from the shore. It takes about 10 minutes to swim to the rope where you will really begin your descent.

You arrive at the stern of the ship that's tipped on its side. Here, there is a box of things found on the ship including bottles, boxes, gas masks, etc. There are also rifles and ammunition you can pick up and have a play with. (But don't play too much.)

You will go over the top of the boat down to the tipped over side where there will ve a very deep sheer 60-meter drop to your left, and a shipwreck to your right.  You will then carry on here, have a look inside some of the rooms and dining halls, enter into one of the spaces, then carry on back to where you started as you start ascending again.

Depending on where you dive, how long you dive for, how deep you dive... The dive will be very different. And I can imagine even after 10 dives you won't have been able to see everything. 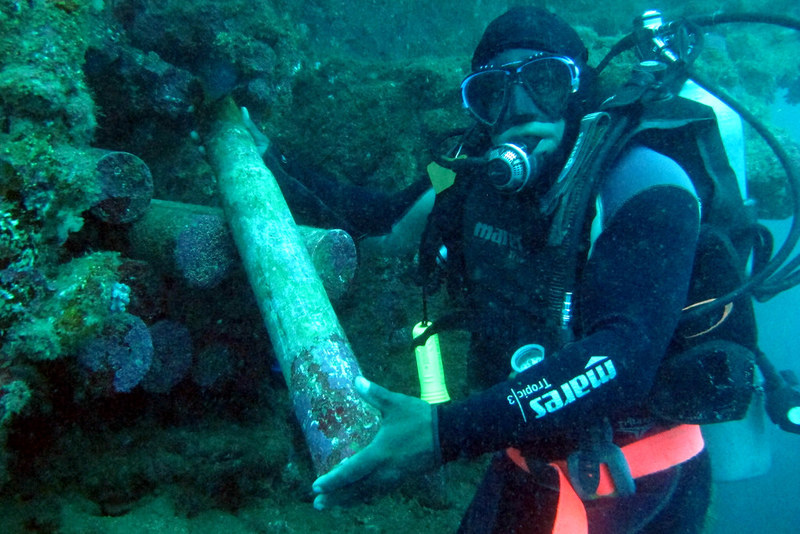 In Espiritu Santo and can't decide between the two?

Firstly, I'm going to say do both.

Secondly, I can appreciate that this may not be possible due to either time or money constraints.

(If neither time nor money is an issue - what's stopping you?)

Most people recommend the SS Coolidge. Despite Million Dollar Point being more famous, any dive shop will tell you to go to SS Coolidge.

Here are my thoughts;

All of this sound too tempting?

I know, I understand.

There's only one way to satisfy that temptation.

Diving at Espiritu Santo is relatively easy. Being one of the main reasons people visit the island, there are many highly trained divers and various companies that can take you diving.

All of the dives take place at the same two points. The main dive location used by the professional company Pacific Dive leads right into the SS Coolidge area.

All equipment is kept in a container. Despite the make-shift look, the equipment is modern and for professional advanced and wreck divers.

Aside from wetsuits, tanks, and all of the regular dive gear, they also have torches you can borrow - and anything else you'd need for a wreck dive.

From this area, you can walk into the water and then swim to the ship. The ship lies about 15 minutes from the shore and on the way, you will see lots of fish!

If you want to dive at Million Dollar Point, you should first get kitted up at the main area, then get in a car and drive along the coast for about 5 minutes until the point.

What PADI Level Do I need?

For the basic dive to the SS Coolidge and Million Dollar Point, you just need PADI Open Water. You should show your license upon booking.

If you want to do more intense dives, the SS Coolidge goes up to 60 meters deep, and you can explore inside the ship too.

You should have the appropriate licences for this. If you are unsure then you can check the PADI homepage.

How much does it cost to dive in Espiritu Santo?

One dive at either SS Coolidge or Million Dollar Point will set you back around 5250 VUV (45 USD).

If you do more than 5 dives it gets cheaper, more than 10 and it's cheaper again.

If you do two dives, one at each SS Coolidge and Million Dollar Point, it will set you back around 10,000 VUV (85 USD) including equipment, transfers etc. 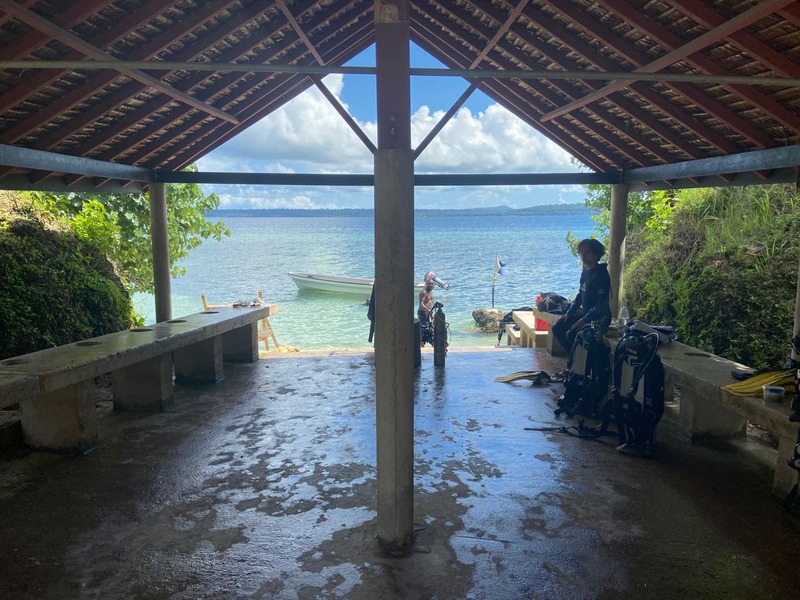 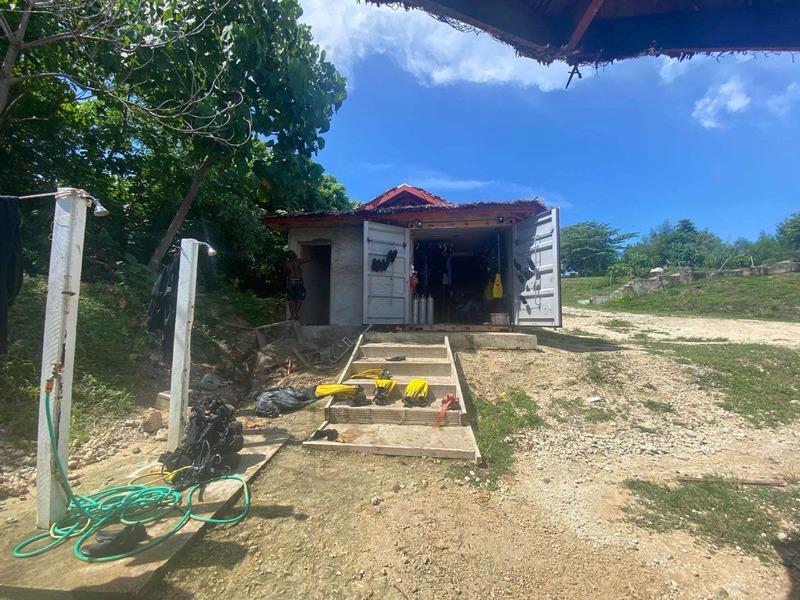 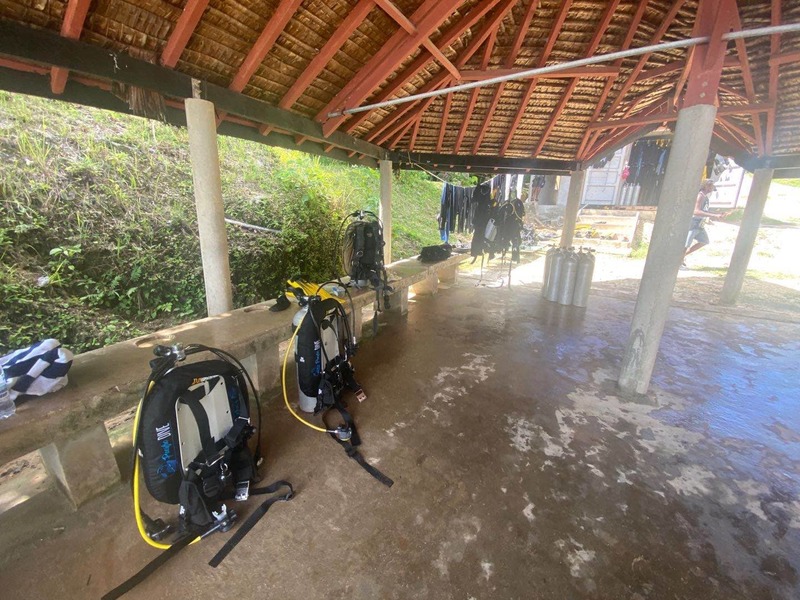 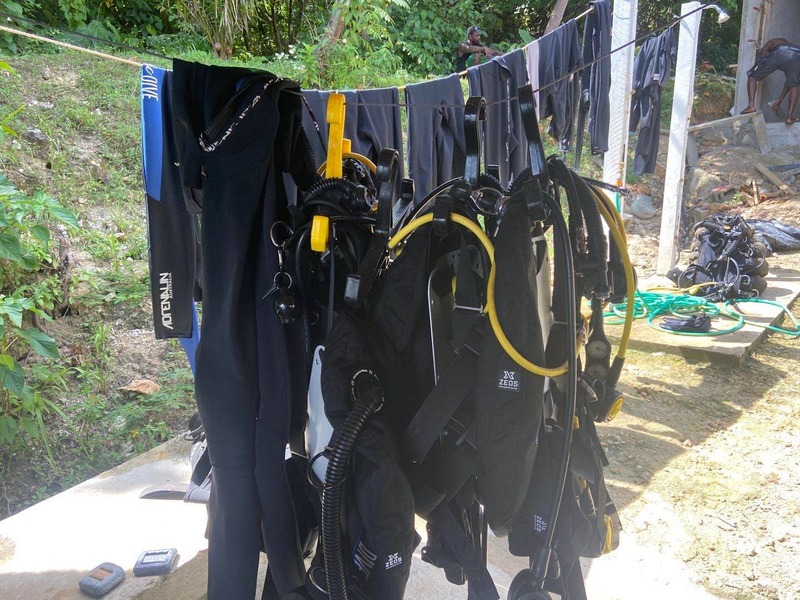