It was built in Hamhung and funded by Chongryon, the North Korean Japanese citizens association.

It originally sailed between North Korea and Japan moving people, cargo and vehicles.

In 2006 in response to a series of missile launches by North Korea, the Mangyongbong-92 was permanently banned from Japanese waters. It has undertaken limited services since then. 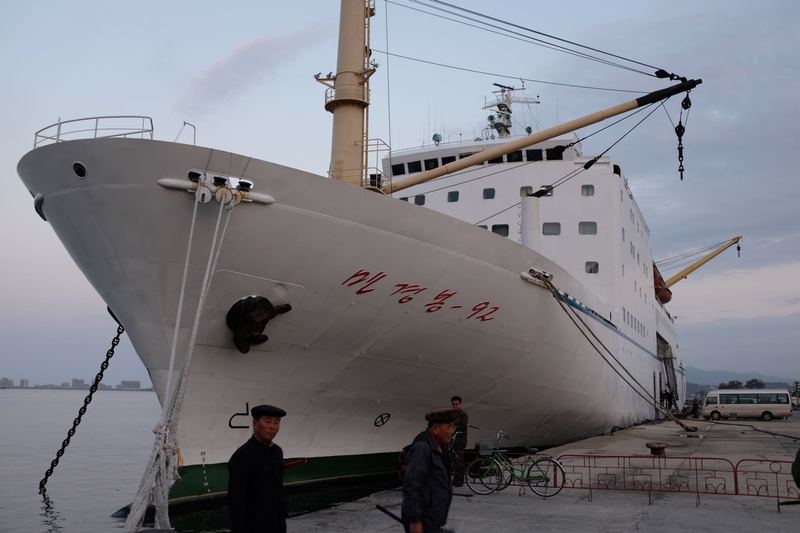 It is berthed at the docks in Wonsan in the centre of the city, near the Songdowon Hotel and Dongmyong Hotel. 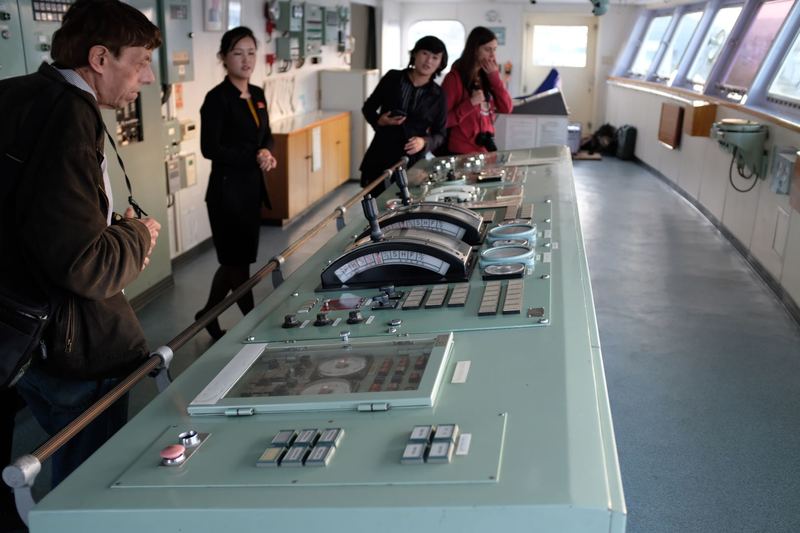 It is possible to visit the Mangyongbong-92 to take a tour of the ship or stop by for dinner or even a drink.

Tours of the Mangyongbong-92 include the various levels of accommodation on board, the ship’s facilities (such as its restaurant, bar, shop and sauna), the external decks, lifeboats and the all-important bridge of the ship.

Despite spending most of its days berthed in Wonsan, it is a popular place with locals and seems to always be a hive of activity. 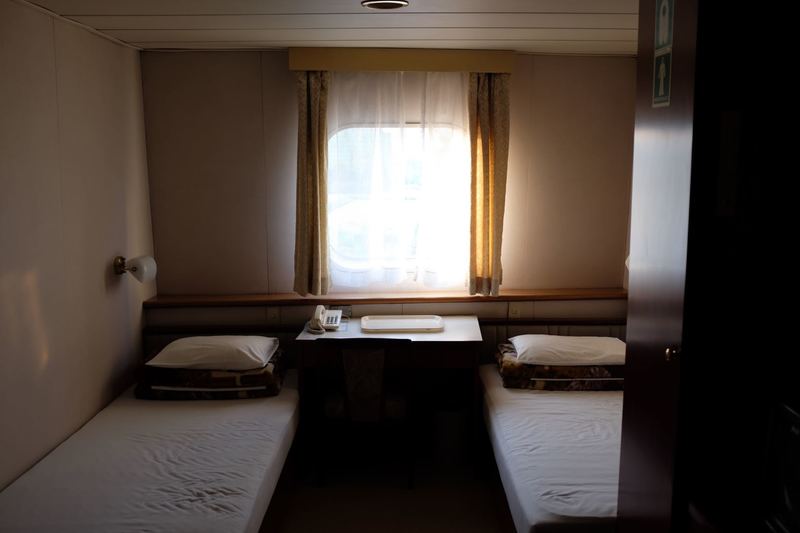 The cost is 2 EUR per person to visit, plus the cost of drinks and food if you want to stick around and enjoy life on board the ship. 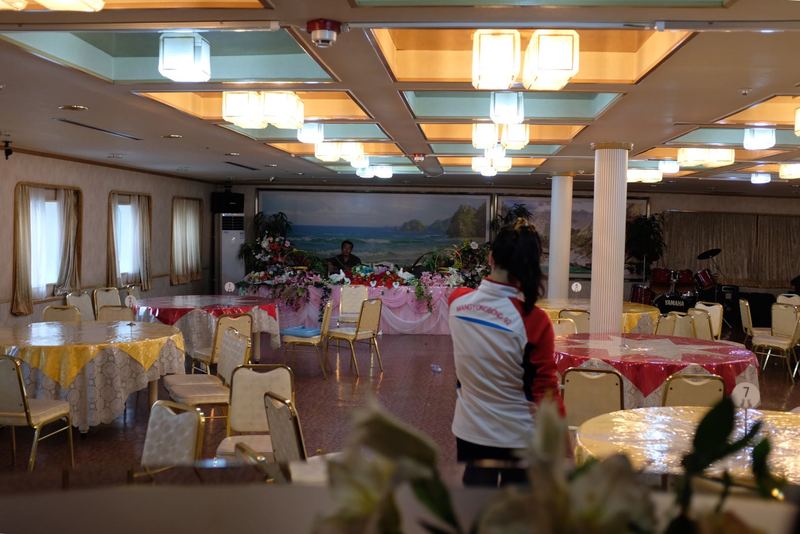 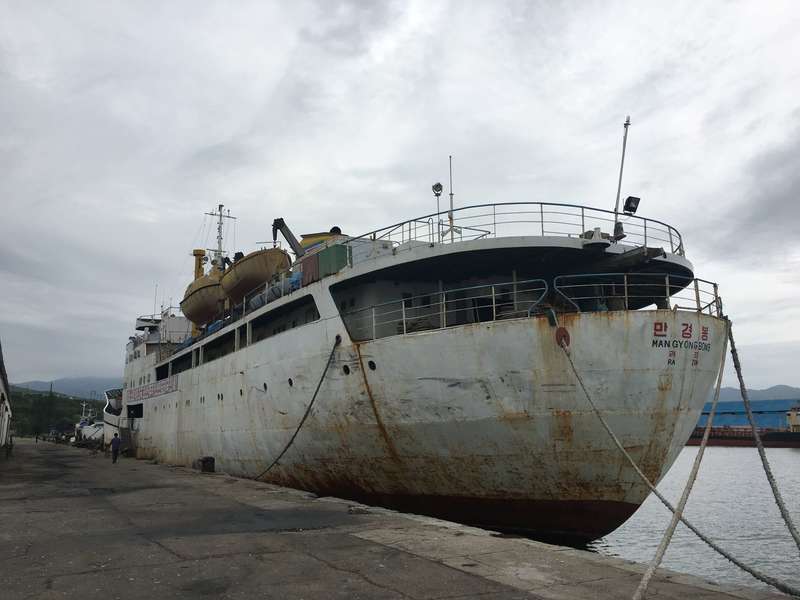 The original Mangyongbong moored in Rason 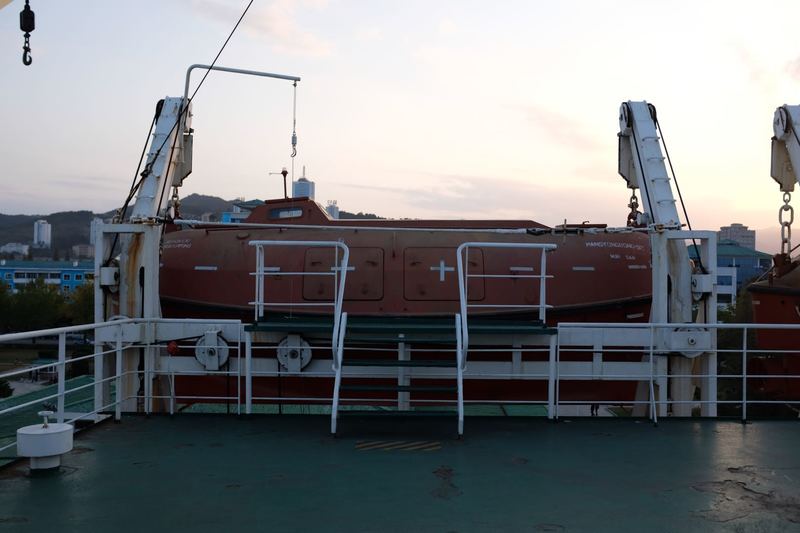