1. The Coffee Table: A Tale of Four Cities

Now with all the travel bans, border closures, flight suspensions, and quarantine regimes, I found myself grounded in Beijing.

So I decided to explore my own apartment.

Almost every square-meter has something brought back from my journeys or inspired by different cultures and thus allowing me to travel with my mind.

That’s a tour on a shoestring for sure. The most budget-friendly of all budget tours.

From 0 EUR per person. 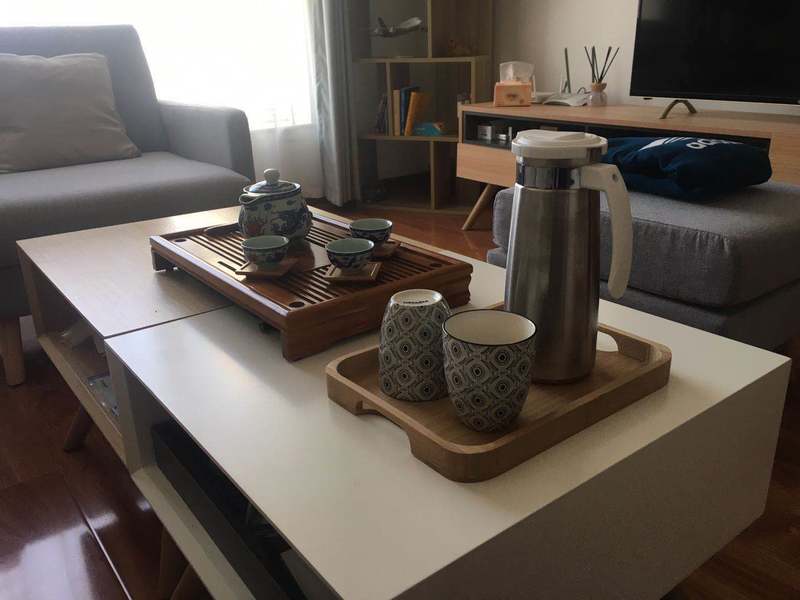 The Coffee Table: A Tale of Four Cities

For over a year, I had no permanent objects on my coffee table until I spent Christmas in Guangzhou in 2018.

My work doesn’t really allow me to be absent from Beijing for a longer period in December so I developed my own Christmas custom. A long-weekend getaway and Korean BBQ on December 24th.

In 2018 I went to Guangzhou with a Hungarian friend who lived in China at that time (oh, “at that time” – this phrase reminds me of North Korea as it is used in many on-site explanations).

Guangzhou is characterized by Cantonese culture and thus dim sum with tea service is quite popular there.

We went for a dim sum restaurant where we were introduced to tea drinking culture. I really enjoyed the ceremonial part of drinking tea so the next day while strolling the streets of Guangzhou we came round a teashop was guided by my most recent experience, I couldn’t help but buying my first Chinese tea set. 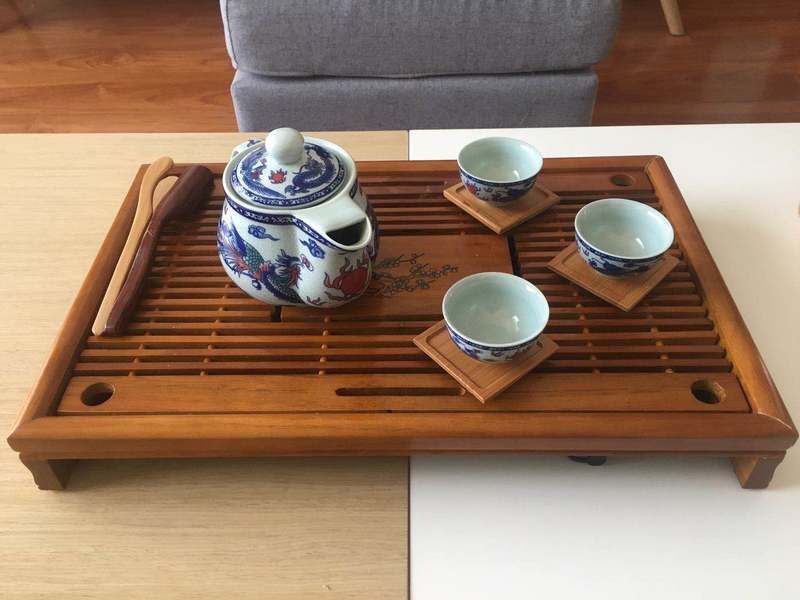 Tap water in Beijing is not drinkable and the most convenient way of buying drinking water is in bigger quantities like 5- or 12-litre water tanks. But it’s not so convenient to drink or pour from those tanks. You need an intermediary.

I love that in Korean restaurants, as soon as a guest sits they’re being served with water in a water jug and I also observed that it’s customary in Korean households to have that jug on a tray with water mugs.

So, on one of my trips to Seoul I bought a water jug for myself. But I wasn’t completely satisfied as something was missing. It felt like my jug is just hanging in the air.

Then, I spent my Christmas getaway in 2019 in Taiwan. During a stroll on Dihua Street in Taipei, I came round a woodcrafts shop and when I saw a tray I immediately knew that was something I was missing for my water jug. But I still wasn’t completely satisfied. I was still missing something.

Then, I visited Kuala Lumpur for a long weekend in January 2020. Near KL Central Market I came round a pottery shop. My first intention was to buy some small plates for banchan (set of Korean side dishes) but there was nothing of my liking. But I spotted two mugs – I suddenly came to the realization that my water set is finally complete! 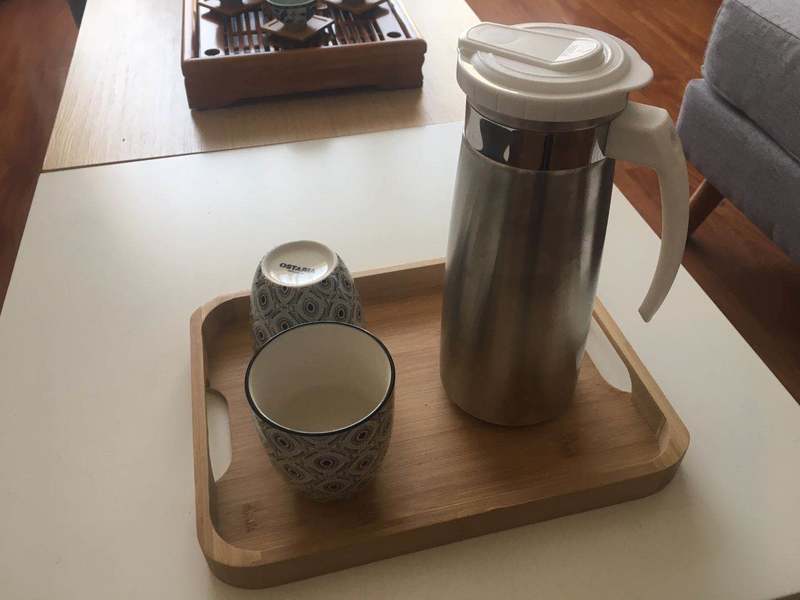 The coffee table is also a focal point of some social gatherings in the apartment.

If it’s a social gathering at my place, that’s Korean style.

*Soju, mekju, tteokbokki, kimchi, buchimgae, and vegetables with gochujang. Like as if it was a small pojagmacha in Beijing.

And this is only the coffee table.