Another mighty red, white and blue.

Let's have a look at the history and meaning behind the Russian flag.

History of the Russian Flag

The current Russian flag has a long history, though it’s not exactly sure how it came to be as there are conflicting stories.

One story is that it came about during the reign of Alex the First, the other ties it Peter the Great.

Both stories date back to the 1600’s and stem from the need for a flag to identify the ships of the fledgling Russian Naval Fleet.

The flag’s design is based on the Dutch Tricolour which follows the top to bottom order of red, white and blue, but for Russia is in the order of white, blue and red.

"I thought Russia’s flag was red with the sickle & star?"

Good Question! Though it sounds like you desperately need to catch up on world events…

The current Russian flag was used from 1696 up until 1918 when Russia became the Russian Soviet Federative Socialist Republic.

Along with its new identity as a Soviet Republic came with it a new Russian flag.

From 1918 until 1954 the Russian flag was a simple red flag with the Cyrillic ‘РСФСР’ in the top left corner which when translated was the acronym for ‘RSFSR’, the official name of Russia at the time. There was two versions of this flag with the first being used from 1918-1937, and the second from 1937-1954.

In 1954 they started using the well known red flag featuring sickle and star above it. This flag was actually the flag used to identify the countries that formed the Union of Soviet Socialist Republics (USSR), otherwise known as the Soviet Union.

Russia used a version of this flag – adding a neat blue line along one side – as the official Russian flag.

This was the case up until 1991 when the Soviet Union collapsed and Russia became the Russian Federation.

They reverted to using the original red, white and blue flag that had been used before the advent of the Soviet Union.

And so the Russian flag as we know it was born! 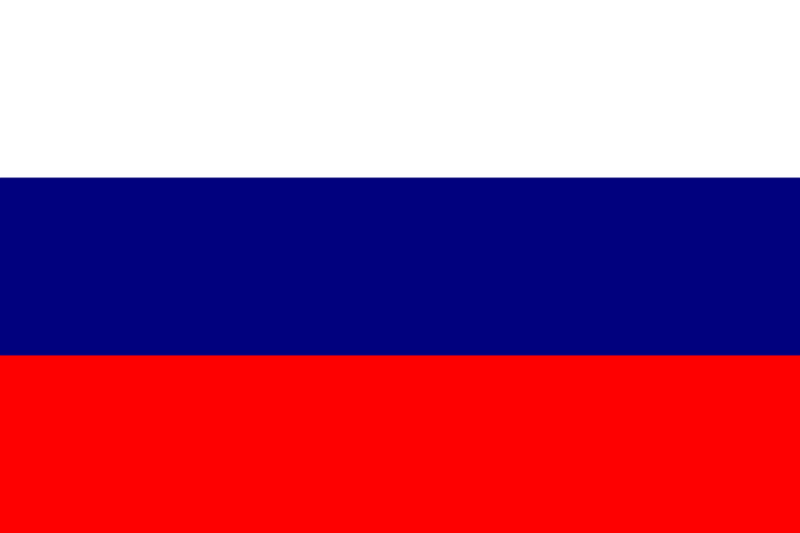 Symbolism of the Russian Flag

There are varying interpretations of what the flag and its colours represent, but the general consensus is as follows;

Where to Find the Russian Flag

You can find the Russian flag in all Russian government buildings in Russia and diplomatic missions abroad.

Just don’t confuse it with the Dutch flag.