North Korea's growing nightlife is most evident in the capital, Pyongyang. So, how do locals enjoy North Korea at night?

It used to be said that North Korea looked like the sea when viewed at night from the International Space Station. A dark landscape with only the capital, Pyongyang, giving out enough light to be visible from space. When compared to its southern neighbour, one of the most technologically advanced countries in the world, the contrast is increased even further.

This situation has begun to improve nationwide and so, as with all places, a nightlife has developed in the country – especially in Pyongyang.

So what do people do in North Korea at night?

Noraebang (lit. Singing Room) is a Korean version of Karaoke.

South Korea is filled to the brim with Noraebangs; every street in every city in every province.

In North Korea, they’re a bit less common on the street, although, Karaoke is a fun pastime for many Koreans in North Korea at night.

On tour in North Korea, you may even be invited to join in with a Karaoke session.

There are a few famous songs in North Korea, usually based on themes of patriotism, socialism and the country. Some of the tunes are easy to get into and many of them have easy-to-learn repeating choruses so after a few minutes you won’t feel left out! 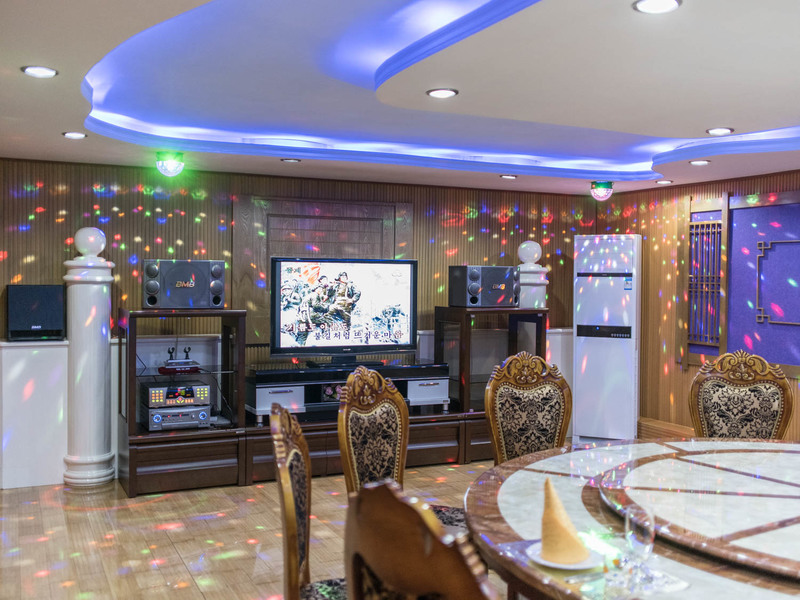 North Korea at Night:
Visit a Bar or Café

The number of bars and cafes in Pyongyang is slowly increasing and has been for a few years.

Many bars also operate their own microbreweries (the Yanggakdo Hotel Bar included!). For those preferring something a little more branded, there are a selection of different beers to try, produced in North Korea.

Taedonggang, Ponghak and Pyongyang are the main three brands and are famous throughout the country.

Taedonggang is even exported internationally and can be purchased abroad – especially in China.

The Kumrung Coffee Shop in East Pyongyang is also a favourite haunt of the youth of the city in North Korea at night.

Located next door to the Golden Lane Bowling Alley and just down the road from the Juche Tower and Youth League Headquarters, this coffee shop is small, but cute.

Foreign tourists can visit and enjoy a coffee before heading to the shooting range located in the same building – a great combination! North Korea at Night:
Stay at the Hotel

Not so relevant to everyday Koreans (although some local North Koreans do stay in hotels on business trips etc), but as a tourist, your hotel may come equipped with lots of fun facilities to pass the time in North Korea at night.

The Yanggakdo International Hotel, the most popular hotel for foreigners in Pyongyang, has a casino in the basement (one of the few places where there is wifi available!).

It also has a bowling alley, hairdressers, karaoke, swimming pool and much much more!

If you’re staying at the Yanggakdo or Koryo Hotel, it can also be a great chance to check out North Korea at night.

Recently, the electricity situation has improved and so landmarks such as the Juche Tower and Ryugyong Hotel stay lit through the night. Why not head up to the revolving restaurant on the top floor of both these hotels and enjoy your meal while taking in view of Pyongyang at night. 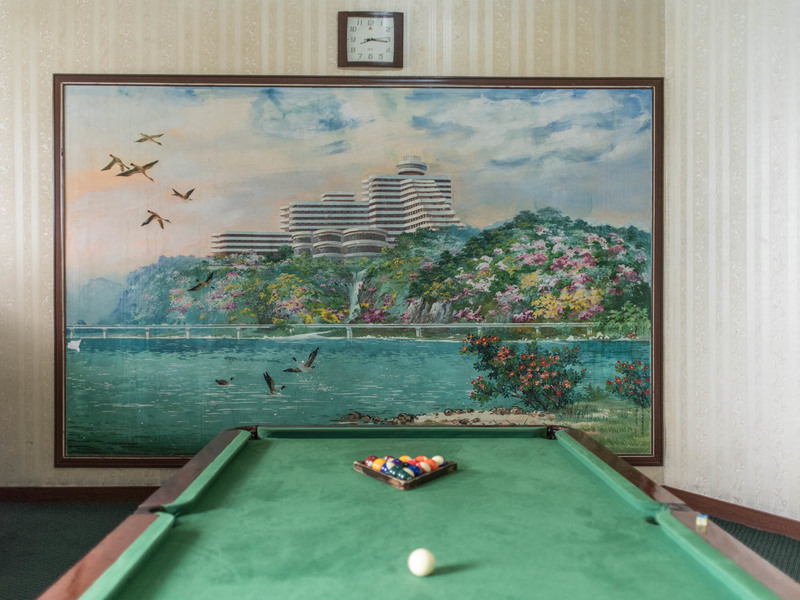 Again, doesn’t always apply, but if the Mass Games are on, many Koreans will head over to the Rungrado May Day Stadium in North Korea at night and enjoy a performance of the largest Mass Gymnastic display on earth. Foreign visitors are welcome to attend and it’s an experience unlike any other.

Not quite what you’re looking for if you’re after a quiet night in, but nonetheless, a fantastic way to see North Korea at night. 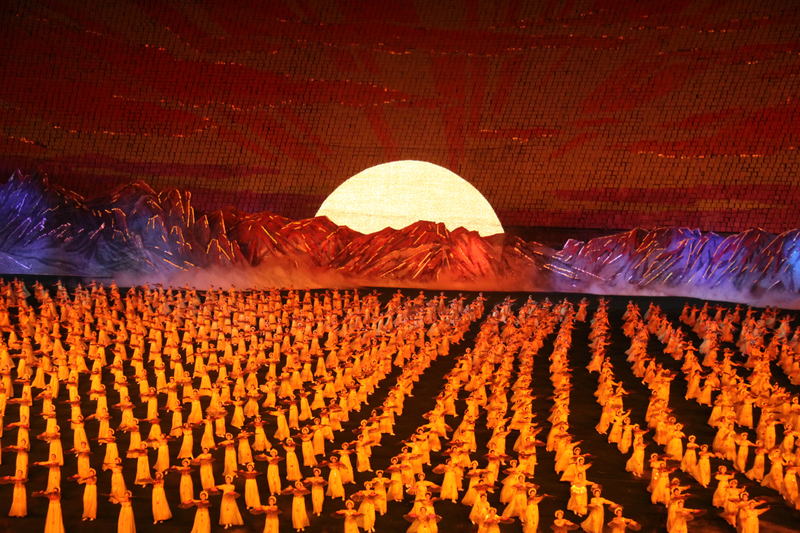