The Hyangsan Hotel is one of North Korea’s best hotels and is often referred to as a '7-Star' hotel (something of a local joke, but serious in that it is a byword for the higher standards available in North Korea)

The hotel was built in 1986 and used to be the standard hotel for tourists to stay at in the area until around 2009/2010 when it was completely renovated.

When it reopened the cost to stay here increased significantly to match its new hotel rating, so most tourists visiting the area now either stay at either the nearby Chongchon Hotel in the town of Hyangsan or Huichon Hotel further away in Chagang Province.

At the time of writing the cost to stay at this hotel was an extra 100 EUR per person per night.

The hotel is nestled in a beautiful valley in the Mt Myohyang mountain range.

It is on the road that leads to the International Friendship Exhibition, Pohyon Buddhist Temple and local hiking trails.

The hotel is 15 stories tall and one of North Korea’s most recognisable buildings due to its unique pyramidal design and mountain location.

Every room in the hotel has its own private balcony and like many hotels in North Korea the hotel has a revolving restaurant perched on top, albeit a smaller one. 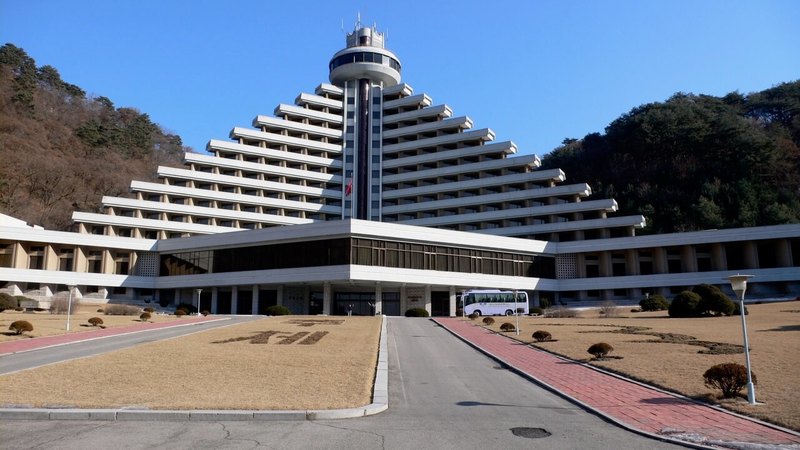 As mentioned, the hotel was renovated ten years ago (at the time of writing), but the interior is in great condition and still looks very fresh.

It has 228 rooms in total comprising both standard rooms and suites.

Rooms are very well equipped with the following;

Electricity is reliable and hot water is available 24 hours. 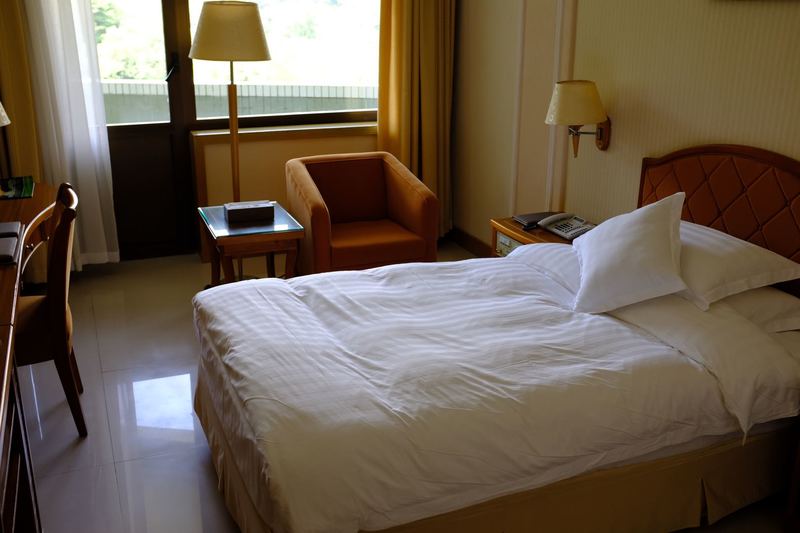 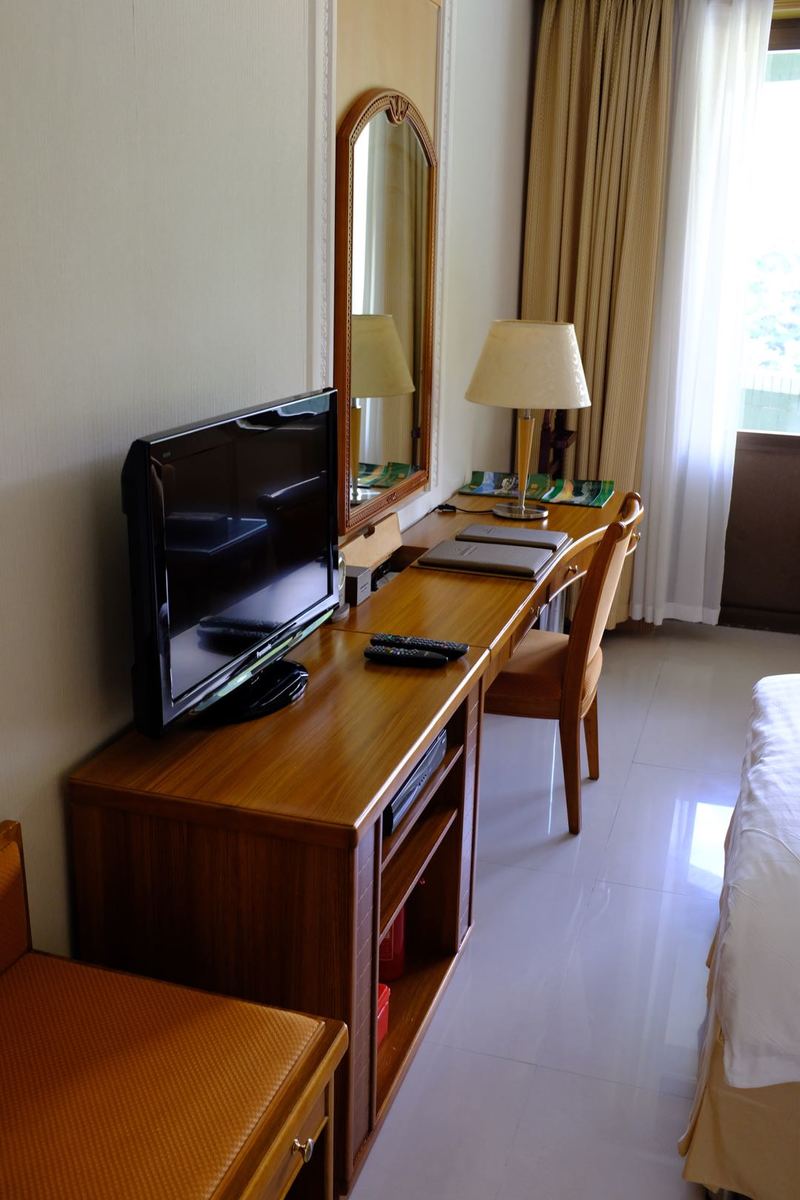 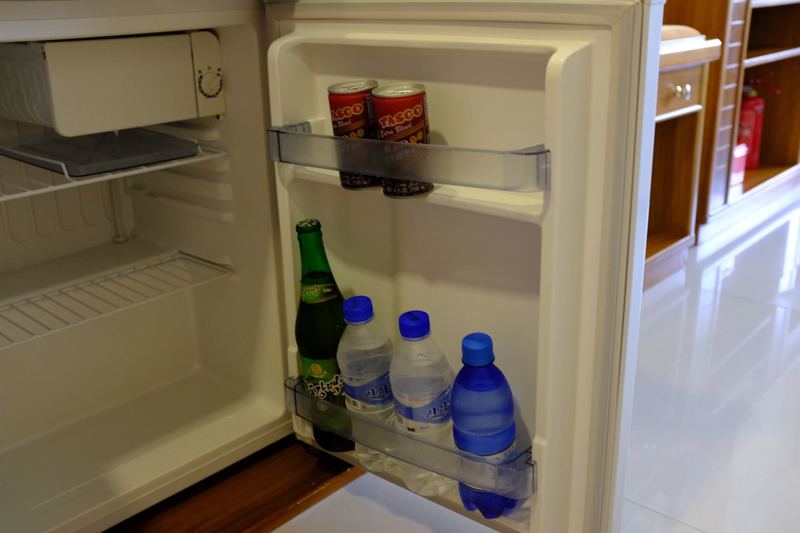 The hotel itself is equipped with several facilities available for guests, but do be aware that the fees for using them are higher compared to other North Korean hotels.

The food served at the restaurants here is very good (best bread in North Korea) and it’s common to have lunch here before hiking Mt. Myohyang even if you’re not staying overnight at this hotel.

Hyangsan Hotel has four elevators that all work very well, so you will have no trouble moving around the hotel. 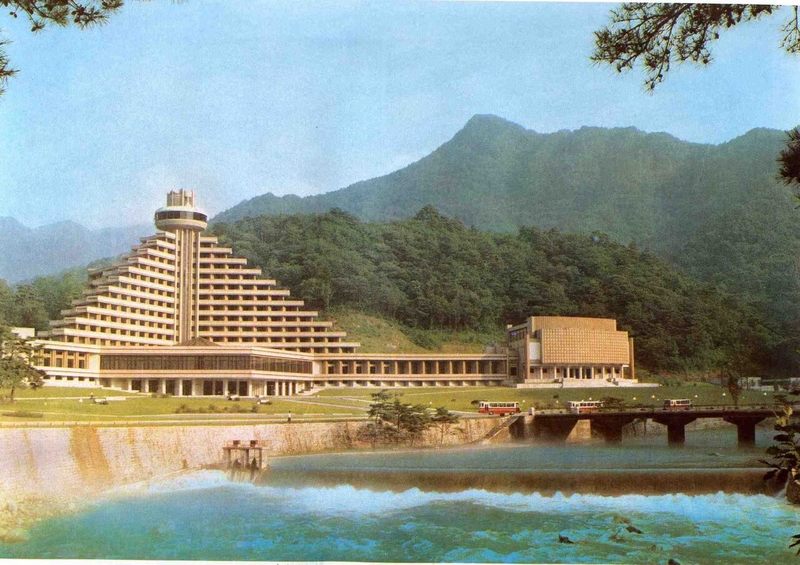 An old photo of the Hyangsan Hotel 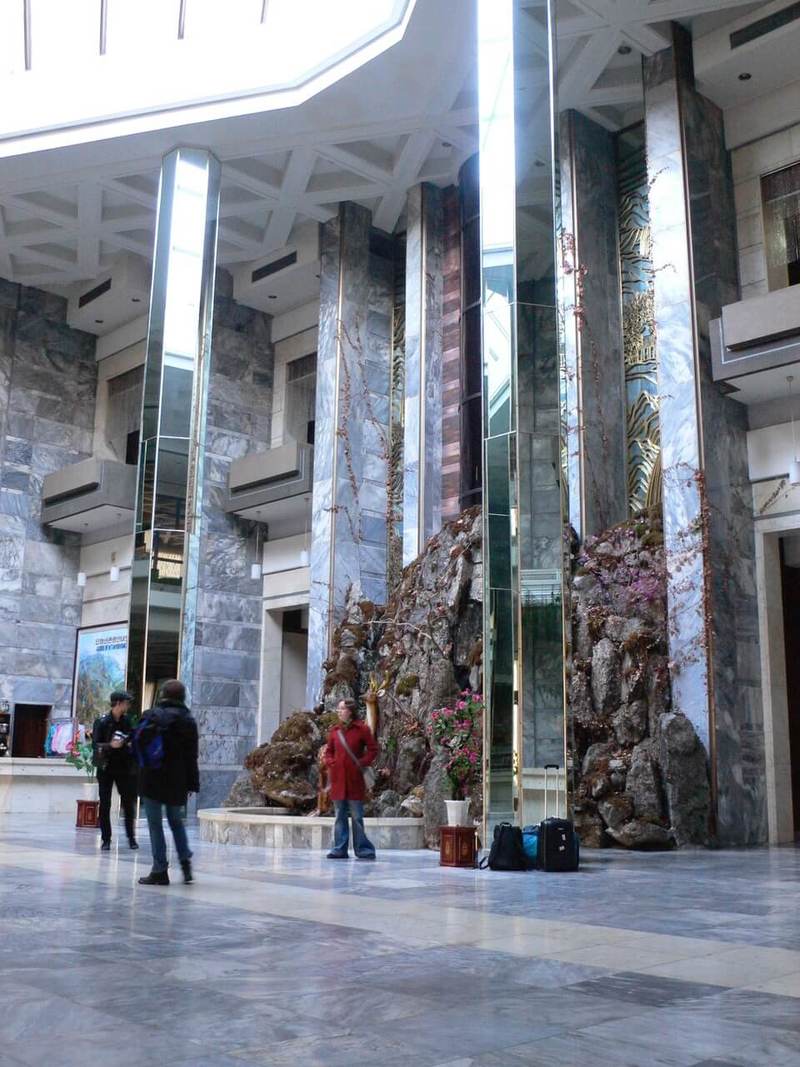 The Hyangsan Hotel before renovations 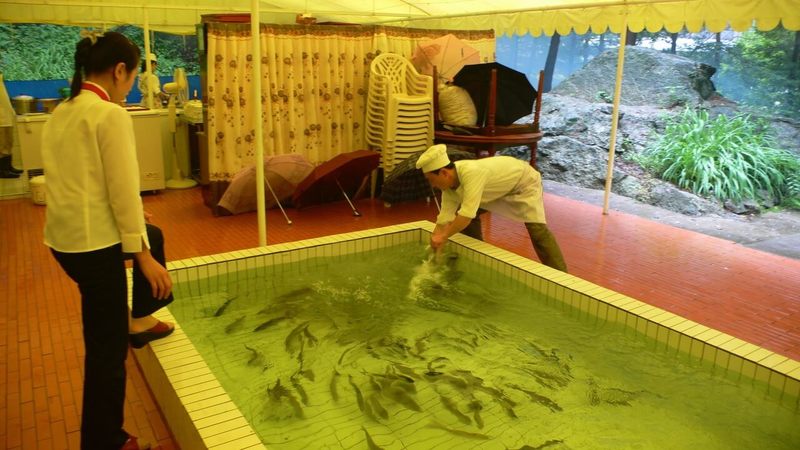 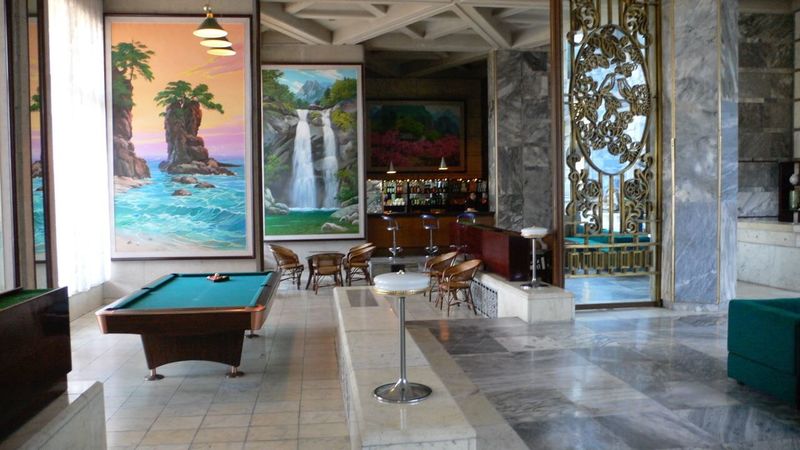 Another shot of the Hyangsan Hotel lobby before renovations, looking towards the original bar