One of the most amazing and significant buildings in the country and the highlight of a visit to the Myohyang area.

The International Friendship Exhibition was opened in 1978 and the external part of the building is notable for being entirely made of concrete while looking like wood, also there are no external windows at all, with the temperature, humidity, and light inside all controlled electronically.

The main exhibition building of the International Friendship Exhibition is inside a mountain - which in itself is extremely impressive. 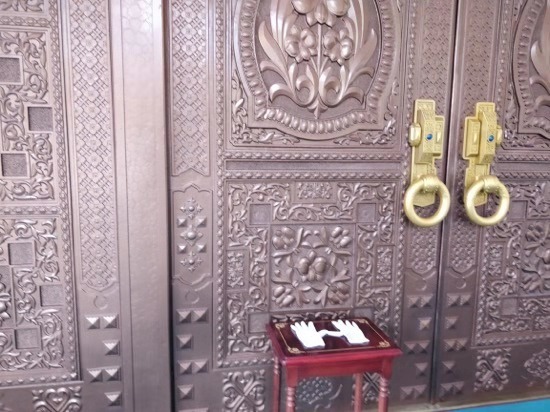 The International Friendship Exhibition is located in the Mt. Myohyang area in the Northwest of North Korea.

The main building is located inside a mountain.

But don't be fooled - the exhibition halls are massive, and you could literally spend all day here. 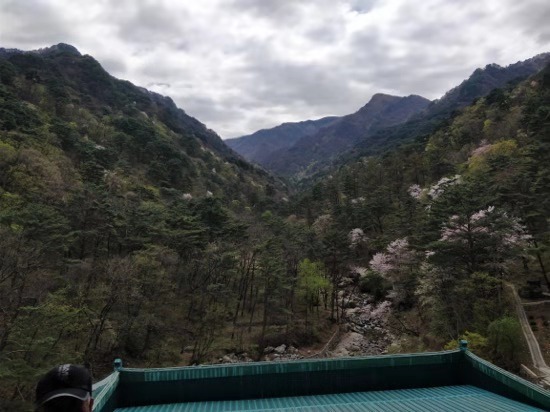 The International Friendship Exhibition is made up of two main gigantic buildings filled with the gifts given to President Kim Il Sung (one building), and Leader Kim Jong Il (the other one). Gifts to Mother Kim Jong Suk and recent gifts to General Kim Jong Un are also housed here.

The number of gifts held here is truly staggering; multiple tens of thousands, from all around the world, foreign leaders, friendship groups, notable individuals, companies, and so on.

There are thousands upon thousands of gifts displayed here, many of them very impressive and valuable.

The whole experience and the combination of so many different things make this such a special experience.

• A stuffed crocodile holding a tray of drinks – given by the Nicaraguan Sandinistas.

• A Turkmen Carpet with a portrait of Kim Il Sung emblazoned on it.

• A Nigeria tribal throne, given posthumously.

• A small bowl from Jimmy Carter.

• A bearskin from an animal personally shot by Nicolae Ceaușescu.

• A Rhino Horn from Robert Mugabe.

• An ancient piece of Egyptian papyrus, with a portrait of the President painted on it. 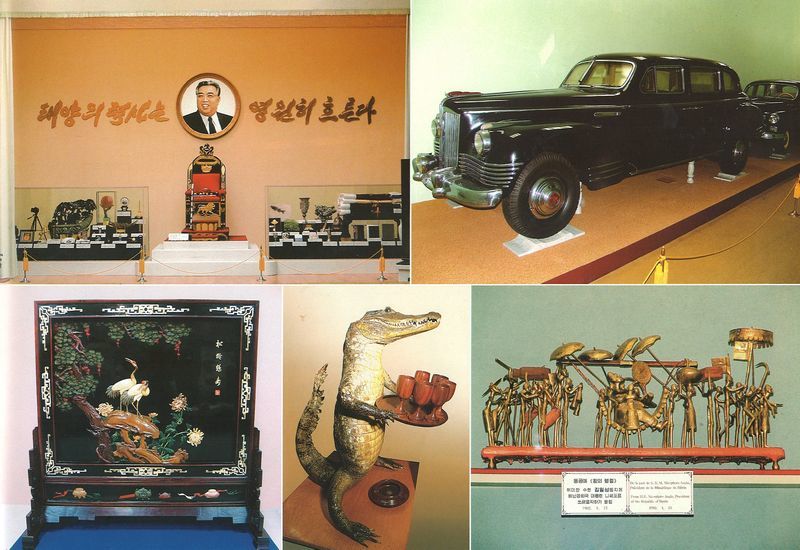 • A Basketball signed by Michael Jordan – given by Madeleine Albright.

• A football signed by Pele - given by Pele.

• Some amazingly opulent furniture given by a South Korean furniture magnate (who also donated the furniture for the March 8th Hotel in Sariwon), some of which would be considered a little over the top by Louis XIV!

• An Apple computer – given by a 'delegation'. 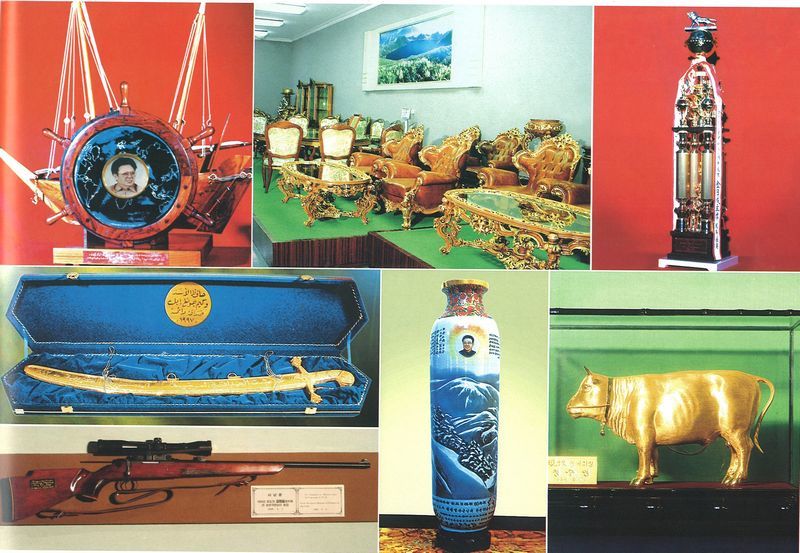