The tale of Hong Kil Dong; a piece of classic Korean literature, a traditional folk tale, a movie, a children's book, and more - the Robin hood of North and South Korea.

Step forward the perfect hero, Hong Kil Dong. A fictional (or not?) story written in the early seventeenth century (and the first book published in the Korean language). Hong would remain a folk hero for centuries, both in the North and the South.

England has Robin Hood, Australia has Ned Kelly, Japan has Nezumi Kozō, and the Dutch have Kobus van der Schlossen. It is easy to assume that once North Korea adopted its Socialist system, all of its folk heroes and legends were cast aside to adapt Korean society to the new communist system.

But Hong Kil Dong is nothing if not resilient, and his story and adventures resonate to the present day in both the DPRK and the ROK.

Read on if you want to know a little more about a traditional Korean story still told today...

Will the Real Hong Kil Dong Please Stand Up?

Like many hero stories of its type, there is always the question: Did Hong Kil Dong exist or not?

The answer is yes. Although it's a story that has been massively embellished over the years, it seems that the character did exist, with the story of his adventures borrowing from two persons. First of all, the hero's name Hong Kil Dong (North Korea) / Hong Gildong (South Korea) was a true bandit leader believed to have been arrested in 1500. However, this leader wasn't famed for his Robin Hood-esque charitable exploits.

The charitable part of his character is attributed to a later folk hero called Rim Kkok Jong (North Korean) / Im Kkeokjeong (South Korean). Born in Yangju, Gyeonggi Province, located in today's South Korea, Rim Kkok Jong was the son of a local butcher. In the mid 16th century, he led a peasant rebellion against King Myeongjong of the Ri/Joseon Dynasty (this dynasty has different names in the north and south). The uprising was a reaction to growing taxes and poor living conditions at the time.

From 1559 to 1562, Rim Kkok Jong led a growing group of bandits who would take from the rich and distribute its booty to the poor. Known as the Noklimdang, Rim Kkok Jong’s group grew from just a few dozen to eventually a few hundred fighters. The Noklimdang eventually built a sizeable wooden fortification as their base until the arrest and execution of Rim.

Heo Gyun’s life was as interesting as that of his famed hero - born into a noble family, Heo was the son of a mayor and a high class lady.

Afforded the best education, Heo went on to pass the highest tests to become a civil servant. Working in government, Heo would collaborate closely with the Chinese Ming dynasty and held critical roles within the public office, working for various ministries such as agriculture, construction, and education. Over time Heo was to develop his penchant for writing and poetry. It is believed that through his multiple postings, Heo was to gain the insights needed for his famed novel Hong Kil Dong.

Heo Gyun was viewed as a pioneer of his time, seen as a dissident by fellow scholars; he would have several run-ins with the ruling elite, especially as he aimed at eliminating Confucian elements within society. As Heo battled, he was punished with exile several times, although eventually, his revolutionary ways would see him hung as a traitor. As with the story of Hong Kil Dong itself, the author's story also makes for an interesting read.

*Spoiler alert: there is also some evidence that the book is more recent, authored by someone of lower status looking to produce mass-market fiction in the mid-nineteenth century. the jury is out on this though. 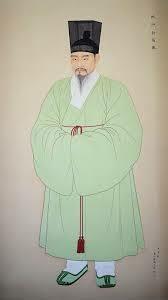 More than just a medieval comic book hero, the novel Hong Kil Dong both criticises and highlights the absurdities of the social system at the time of the Ri/Joseon dynasty.

Although various versions of the book exist, they tend to follow a similar framework. The book is generally divided into three parts, each occurring in differing settings. 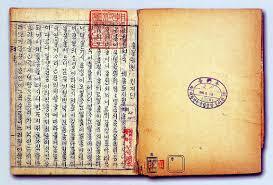 Set within the home of the Hong Family, a high-ranking minister Hong Mo awakes from an auspicious dream while sleeping with one of the household maids.

The maid then bears a son, Hong Kil Dong, who eventually grows into a young man. During his early years, Kil Dong leaves the Hong household and trains in martial arts, honing his physical and mental abilities whilst learning superhuman magical ways.

Hong Kil Dong takes over leadership of a band of outlaws naming them the Hwalbindang (League of Those Who Help the Impoverished- what a great name the L.O.T.W.H.I. crew!)

As the gang of outlaws grows with an ass-kicking Hong Kil Dong at the helm, they become more daring in their exploits. Stealing from the rich throughout the country, the Hwalbindang readily distribute their booty to the poor. As Hong's band of do-gooders steal more, the King eventually takes action, and Hong is forced to flee the country in exile.

As the band further grows, they overthrow the King and take power for themselves, with Hong as the new monarch.

King Hong Kil Dong, in true fairytale style, avoids the mistakes of his predecessor and leads as a benevolent ruler. He treats his family well, caring for his second-born son equally—a case of not repeating his father's mistake.

Hong Kil Dong has always been popular in North and South Korea, with the novel still in print. Much like similar stories in the west, Hong Kil Dong, in more recent times, has seen its format used for other forms of media.

The story has been released as a children's storybook, cartoon, mini-series and of course, a movie. For North Korea, the 1986 Movie Hong Kil Dong was a runaway success that saw Hong pitted against invading Japanese ninjas in a swashbuckling adventure.

However, at the movie's end, Hong doesn't become King but sails off into the sunset, searching for a country where all can be equal. 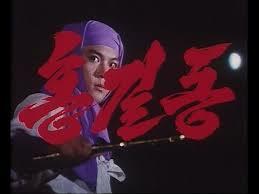