World Championship Wrestling in North Korea? It happened in 1995!

Today, the 29th April 2020, marks the 25th anniversary of one of the greatest spectacles ever seen in North Korea – Collision in Korea.

No one would imagine a World Championship Wrestling event happening in North Korea, but on this day in 1995 this is exactly what happened! 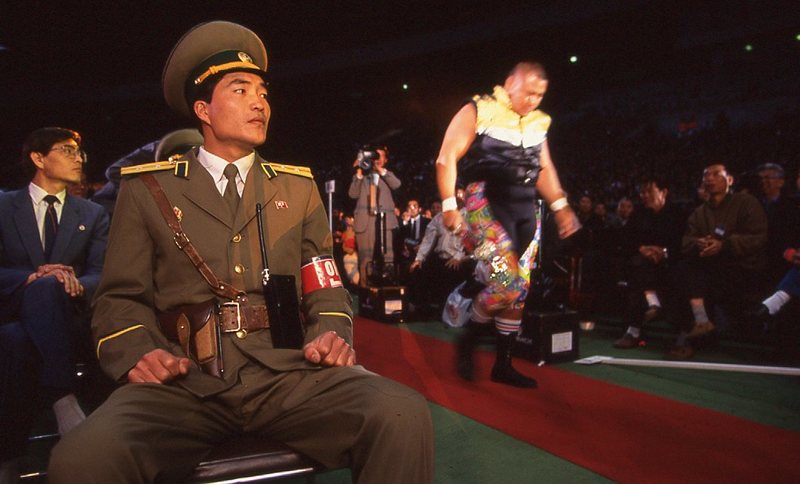 The event was a joint production World Championship Wrestling (WCW) and New Japan Pro-Wrestling (NJPW) featuring wrestlers from Japan and the United States. It was held at May Day Stadium and was the feature event of the Pyongyang International Sports and Culture Festival for Peace that was held that year.

The wrestler’s delegation was led by Muhammad Ali, and the main event was to be the final bout between Ric Flair and Antonio Inoki. 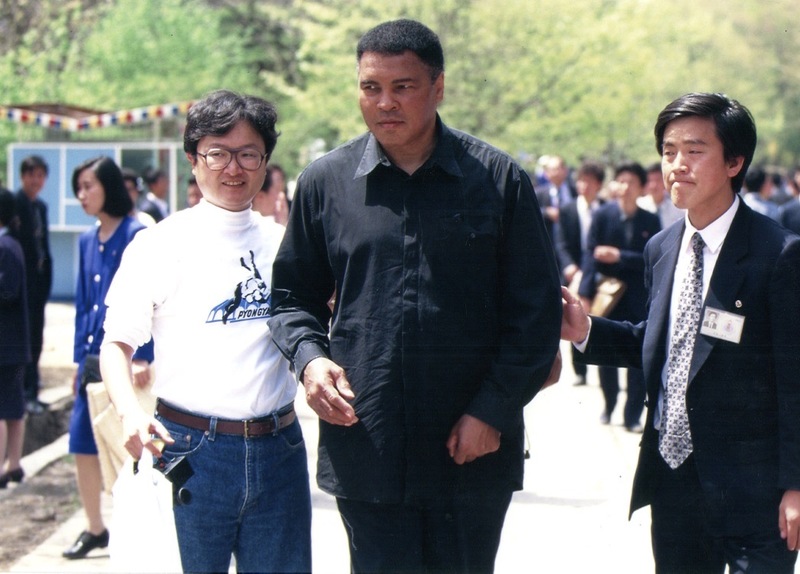 Koryo Tours' Nick Bonner was there at the event, and prepared the following describing what it was like to be at Collision in Korea.

Koryo Tours managed to get the largest group of foreigners to visit since the country opened up to westerners in 1987 for Collision in Korea. Initially we had over 150 people wanting to travel, but half of these were journalists and the Koreans refused many of their visas. In the end many of the journalists changed profession for the week and came as 'interested members of the public'. 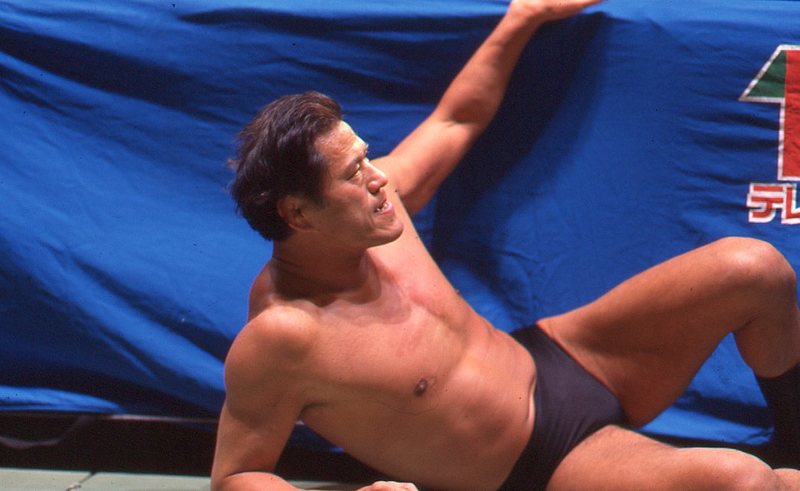 There was certainly a festive feeling in the air, hotels were full and we were put in various local hotels around the city. At that time the Yanggakdo Hotel was still under construction (this is where most tourists stay nowadays) and the Koryo Hotel during official events tends to keep the riffraff (tourists) out. We had a few tourists stay for the first (and only) time in apartments hosted by local families. The event itself was silent. The Koreans did not know how to react - was it real or fake? If it was real some were petrified that they were going to witness a death at the rate the wrestlers were being pounced on and kicked.

Wrestling is taken seriously in Korea as a sport, but not the showboating “professional” style as was performed at the festival. In 2014 during a thaw in relations between Japan and Korea there was another wrestling bout was put on, again confusing a new generation of Koreans as only traditional wrestling is shown on TV. 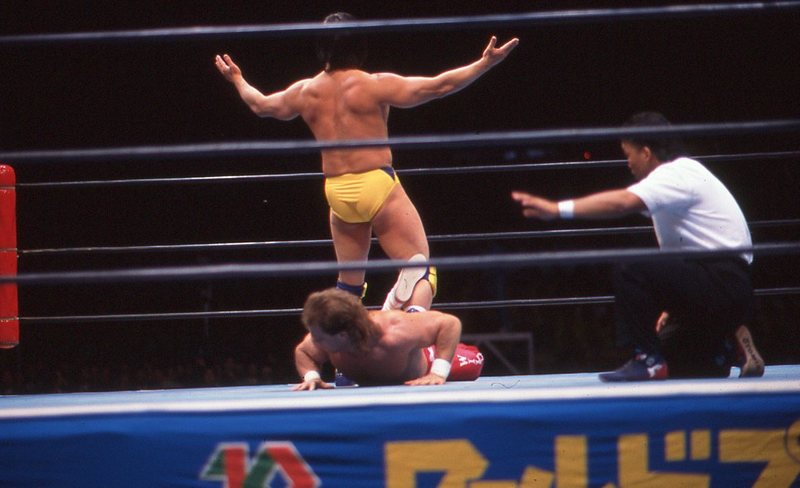 About half way through the event most understood it was not ‘real fighting’ but as with most events the audience remained quiet, the odd applause, but certainly no shouting out. For the television recording of the event abroad they put on a soundtrack and dubbed in a delighted screaming audience.

The other bouts were not really that memorable, but just the whole other worldliness of it all, having been in North Korea a few times before the event and knowing that through the eyes of the North Koreans this was surreal. An earlier bout was 2 Cold Scorpio v Wild Pegasus. 2 Cold Scorpio came out in latex like pants mimicking the US flag - this was a shock for the audience as it is associated with the evils of the Korean War and imperialism.

Foreigners who knew Ric Flair were cheering, and the Koreans who knew Inoki (protege of Korean wrestler Rikki Dozan, famouns throughout the DPRK) were ecstatic. The real highlight of course was having Mohammad Ali in the audience. 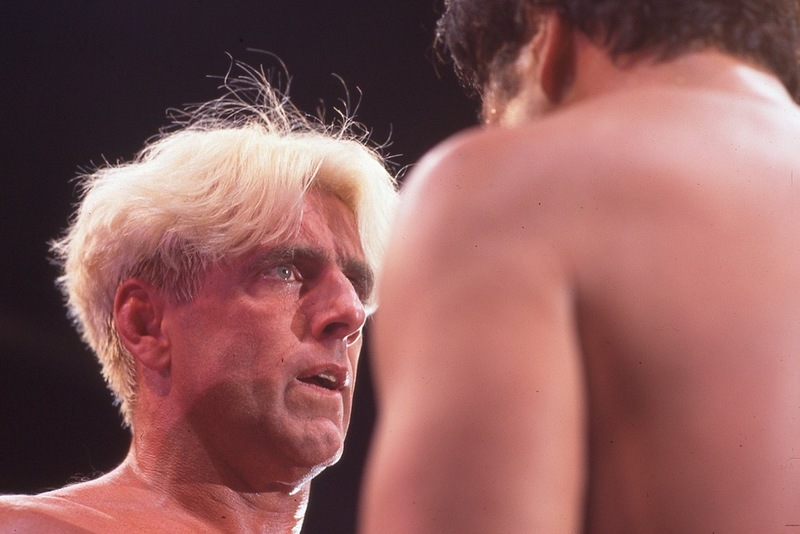 The event was seen all very lightly by the Koreans – the audience had more bemused looks than anything as to what on earth was going on. This was not a typical Pyongyang celebration of parades and dance!

At the end everyone drifted out of the May Day Stadium and my guide Miss Kim asked me quietly if it was real, I explained as best as I could (as I also knew very little) that it was all rehearsed but certainly the wrestlers would be bruised. She looked and me and answered ‘oh’ and nothing else was asked. 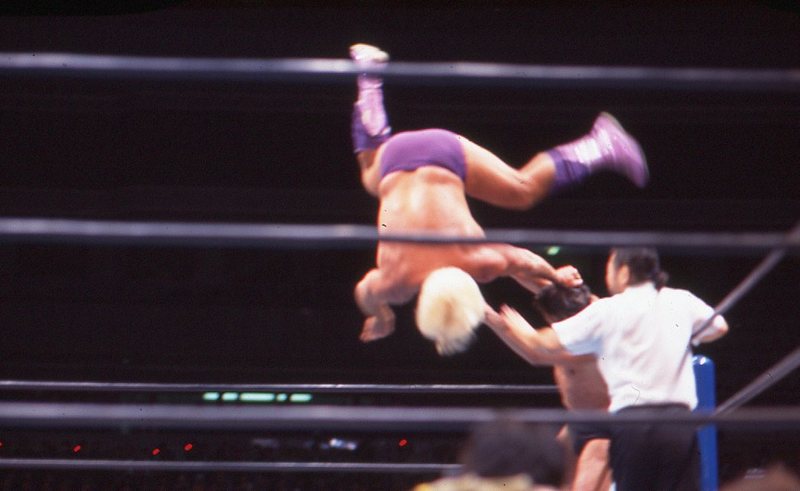 If you are interested to read more about Collision in Korea, you can do so over at NK News by following this link

For those that want to see Collision in Korea you can watch the full event here on YouTube.