Down a winding maze of picturesque alleyways, led in the wrong direction multiple times by two different mapping apps as well as helpful-but-inaccurate locals and some ambiguous arrows on walls placed by the local tourism authority, finally, we arrive at the modest tomb of one of the titans of travel; Ibn Battuta.

This tomb is overseen by some sort of caretaker who will open the door if you knock loudly enough and let you in to see the small coffin, the mihrab in the corner for prayers to Mecca, and some carpeted flooring.

The location is the old city of Tangier in Morocco, a short trip across the sea from Southern Spain, and a place well worth the time of any budding Battutas too! 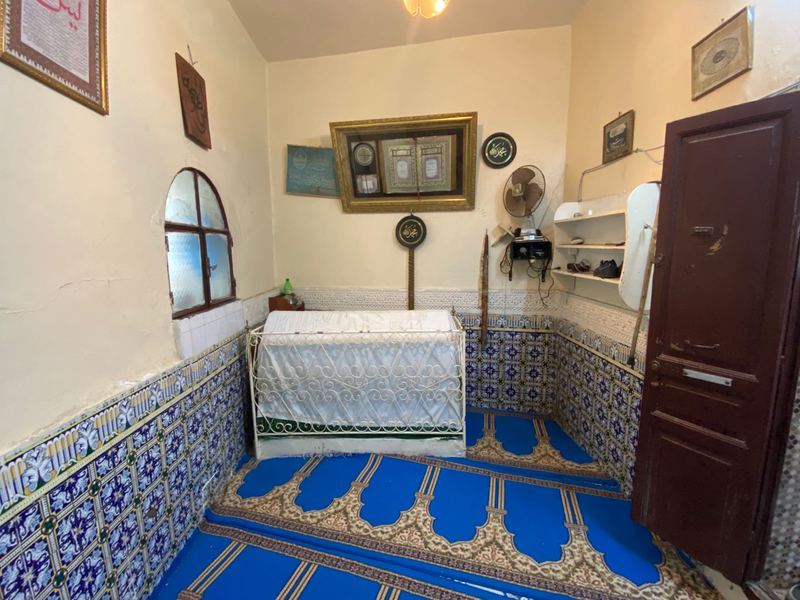 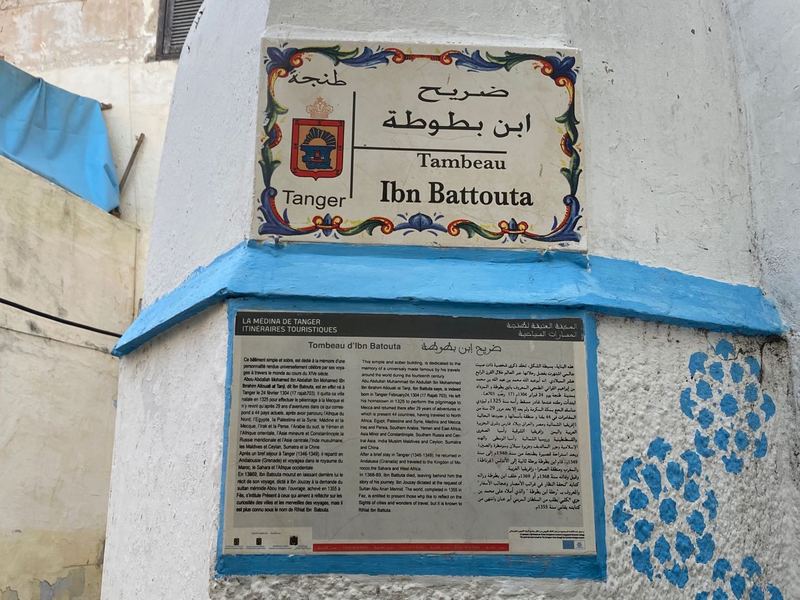 Who is Ibn Battuta?

Ibn Battuta can be seen as a kind of combination of Herodotus and Marco Polo, although without the reliance on mad tales of races of one-footed men (our Greek friend) or the unreliability of jailhouse boasting (our Italian friend).

Ibn Battuta’s story is a long one. But, in brief, he was a scholar from Tangier, a Berber, and he decided to set out on the Hajj and ended up travelling the world for 24 years.

Initially, the lands of Islam were where he spent his travels (North Africa, the Arabian peninsula, Persia, Somalia, east African coast, the Maldives (where he moaned about topless women wandering around everywhere, typical moralizing traveller!), Turkey, the Crimea and into the Islamic parts of what is now Russia and Central Asia.

He then set out across India, Sri Lanka, South East Asia, and into China, making it as far as Beijing before being ripped off by sailors on a journey back south (we’ve all been there mate, it’s a rite of passage for new visitors to many parts of the world!)

As this took a few years he had a few holiday hookups along the way (by which he got married a few times) and eventually got back to Tangier, and then set out again through Al Andalus (Islamic Spain, still over a century from the completion of the Reconquista), Mali, and other parts of West Africa before being summoned back to Morocco by the Sultan there and finally hitching a ride home with a caravan of hundreds of female slaves in 1354.

Sadly, he neglected to blog about his travels or update his Instagram very regularly, but he did then sit down and write a book with the catchy title A Gift to Those Who Contemplate the Wonders of Cities and the Marvels of Traveling.

Carelessly he neglected to take any notes on his travels so did it all from memory (and a bit of other people’s memories, some of it seems to have been plagiarised, oops!) which can be found in any good travel bookshop!

So, after taking a gap year that went on for just under three decades, Ibn Battuta found himself ‘home’ finally.

He had funded his travels with a bit of teaching here and there along the way (Islamic Law rather than TEFL, it paid better at the time), he did a bit more writing, became an Islamic judge, and finally passed away in 1368, having travelled 117,000 km (around 10x that of Marco Polo), and left a tiny carbon footprint, an inspiration to us all!

In a world of country-collecting, travel braggadocio, and instant gratification it’s great to see the world through the eyes of a truly epic traveller who took zero selfies, updated absolutely nobody about his trips until he had finished them, and mixed with emperors, sultans, shahs, and slaves -  a world that doesn’t exist any more but can be brought to life by this amazing traveller – do yourself a favour and check out his works!