Another North Korean Blockbuster action-packed extravaganza, DPRK's answer to a John Wick flick it is not.

For this review, I chose A Traffic Controller On Crossroads not because I am obsessed with Pyongyang traffic girls, but usually, the tour groups I take tend to be quite fascinated. The Pyongyang traffic girls have long been a staple of life in DPRK's capital, where they are affectionately known as the face of Pyongyang; they are responsible for controlling the flow of traffic and making sure rules are adhered to. There are traffic girl souvenir dolls for tourists to buy in Korea and even this very movie.

It's not the most action-packed movie in the world; in fact, it has no action whatsoever, but it's a fun movie and gives another angle from which to view North Korea.

We open on a shot of one of Pyongyang's iconic 'Traffic Girls' walking down the street in front of Potong Gate in the centre of the city, waving at passers-by as she goes. During her walk, she spots a delivery driver illegally overtaking a bus; the driver looks cheery and apologetic whilst the controller looks unimpressed – so we know she takes her job seriously.

Upon returning to the office, we discover the delivery driver is well-known to the Traffic Girls working in that part of the city. It's not long until we meet this mysterious driver, his name is Kyong Chan.

When we first meet Kyong Chan properly, he's pulled up in the street to help a friend transport a washing machine to her house. As he's driving, we see his reckless attitude to the rules of the road – overtaking, speeding and swerving in and out of lane – almost causing an accident, resulting in him being pulled over by a traffic officer.

Upon arrival at the police station, he's told, by law, he should have his truck seized for his violations. While he sits looking nervous, we meet another traffic-law-violator, brought into the room by a different traffic girl named Nam Chol, a friend of Kyong Chan.

Upon arrival at the police station, he's told, by law, he should have his truck seized for his violations. While he sits looking nervous, we meet another traffic-law-violator, brought into the room by a different traffic girl, his name is Nam Chol, a friend of Kyong Chan. 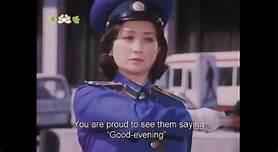 Un Suk, also the traffic officer who picked up Kyong Chan, arrives home where she discovers her mother is preparing a feast; she's later told it's in preparation for the arrival of the man delivering their washing machine. Second, later, Kyong Chan appears at the door – although she doesn't recognize the officer out of her uniform, despite thinking she looks familiar.

On the other hand, Un Suk does recognize him and rushes out of the room. Out of ignorance, Kyong Chan starts to bemoan the traffic officers working at Post 15 to Un Suk's parents. She's standing just outside the room when Kyong Chan calls her "Pretty, yet narrow-minded".

Only when Kyong Chan sits down for dinner that he spots the uniform hanging behind the door – his expression drops.

The next day, Un Suk informs all her colleagues about the situation, and they all find it hilarious, a few saying she really should have given him an earful about his conduct during the dinner.

When Kyong Chan arrives at the crossroad the following day, Un Suk is on duty – she deliberately ignores him, leaving him waiting for a while before allowing him to drive on. Egged on by his passenger, Kyong Chan attempts a friendly wave but is ignored.

To avoid her on the way back from his delivery, Kyong Chan takes a back road, avoiding the main route – only to be mobbed by children asking why he's driving that way. It's here that Kyong Chan spots Nam Chol conversing with his girlfriend, Yun Ok, in the street and stops to say hello. 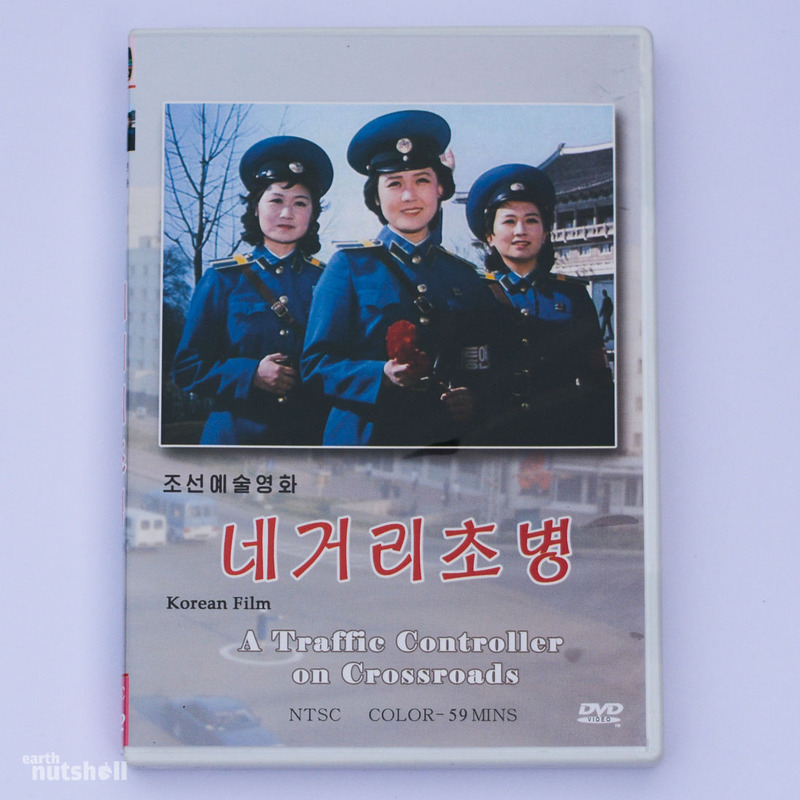 We meet Un Suk later that day teaching a traffic safety class to the members of the public who have been caught breaking the rules. During this meeting, she finds out Nam Chol was absent, and so visits his home where she meets his mother and sisters, all bemoaning his lack of a wife. His mother is disparaged by the thought that Yun Ok is from a much more prestigious family and her parents would want more than Nam Chol as a son-in-law.

Later in the day, meeting up with her mother, Un Suk finds out Kyong Chan has been taking a longer route during his deliveries to avoid the crossroads and Un Suk. Meeting with the boss of his company, she's told the same story.

During this meeting, Kyong Chan pulls up and sees Un Suk talking to her manager. He later jokes he should have changed his job or moved house to escape her. He vows he won't pass through that crossroads again, although his colleague pitches in with the idea that maybe she's trying to help him – he can't outrun the traffic laws just by outrunning her.

Un Suk catches up with Yun Ok after a gymnastic performance where we have Nam Chol's mother's fears confirmed. Her parents are not happy about her match with Nam Chol. In Korean culture, it's typical for married couples to live with a parent to help look after them in old age. It becomes clear that both Yun Ok's mother and Nam Chol's mother want this, so Un Suk suggests they move in with both of them – an idea rebuffed by Yun Ok.

Un Suk departs with a message that Nam Chol should be careful, that his actions on the road could start endangering others – Yun Sok thanks her for the message.

The Trouble with Nam Chol

Returning to the office, Un Suk finds her fellow Traffic Girls discussing the problem that many drivers take long detours to avoid the checkpoint and perhaps they could be more lenient.

Un Suk recalls a story from when she first started the job. She stopped a young driver but let him off on account of his youth; however, we went on to cause a terrible accident and lost his license. The story concludes in the strong message that the job is not to fine and punish offenders but to educate them – mentioning Nam Chol and Kyong Chan by name as examples of promising drivers who need to be educated.

The following day, Nam Chol is picked up for parking illegally outside the Koryo Hotel.

When asked why he regularly violates the law, he's cagey and refuses to answer. Upon his return home, he finds his girlfriend, Yun Ok, is there with his mother. She was brought round by Un Suk to try and encourage him to drive more safely.

The next day, a well-dressed older gentleman calls at Post No. 15 – it turns out he is Nam Chol's employer, for whom he works as a chauffeur. He admits it was his fault that Nam Chol is so often caught violating the traffic rules, and he apologies to Un Suk.

That evening, Un Suk and her colleague pull over a truck in the outskirts of the city.

Whilst checking the driver's papers she sees Kyong Chan drive past, falling asleep at the wheel. So, he's pulled over once again and told to sleep for an hour before setting off.

As the night draws in and the rain starts, another truck arrives, breaking down. The driver is from the Anju mines and is transporting vital equipment to Nampo. Un Suk helps the driver to repair his truck, during which Kyong Chan awakes to see Un Suk working hard in the rain to help the stricken driver.

It's at this moment he has the epiphany that until now he's regarded the rules of the road as a nuisance, getting in the way of his work – but, in the style of a very heavy-handed moral message, he came to realise how hard the traffic girls work to keep the roads safe.

Kyong Chan helps fix the broken truck, sending the driver on his way. He apologises to Un Suk and askes her to forget his past mistakes.

The film closes with a shot similar to the opening shot – Un Suk is walking down the road on duty. Kyong Chan passes, driving safely, and salutes her. She salutes back. 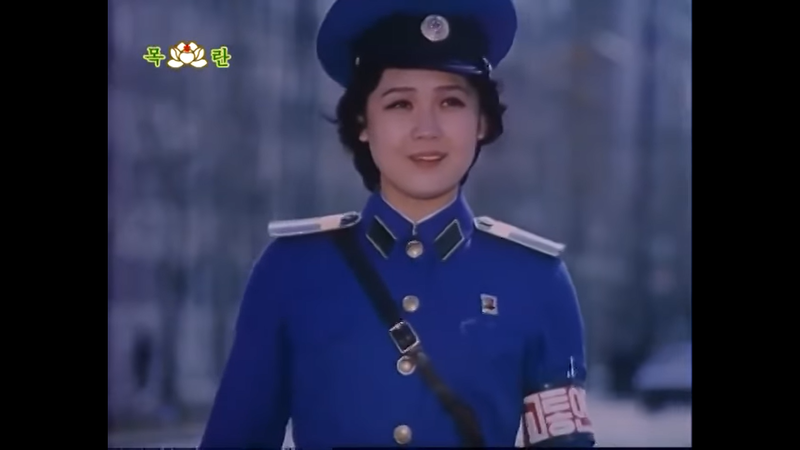