The Liberation Tower monument was erected on the first anniversary of Korea’s liberation in 1946 (some sources claim 1947).

Liberation Tower is a monument on Pyongyang’s stunning Moran Hill.

It commemorates the Soviet efforts and fallen soldiers in contributing to the liberation of Korea from Japanese colonial rule.

The monument also stands as a memento for the everlasting friendship between North Korea and USSR. 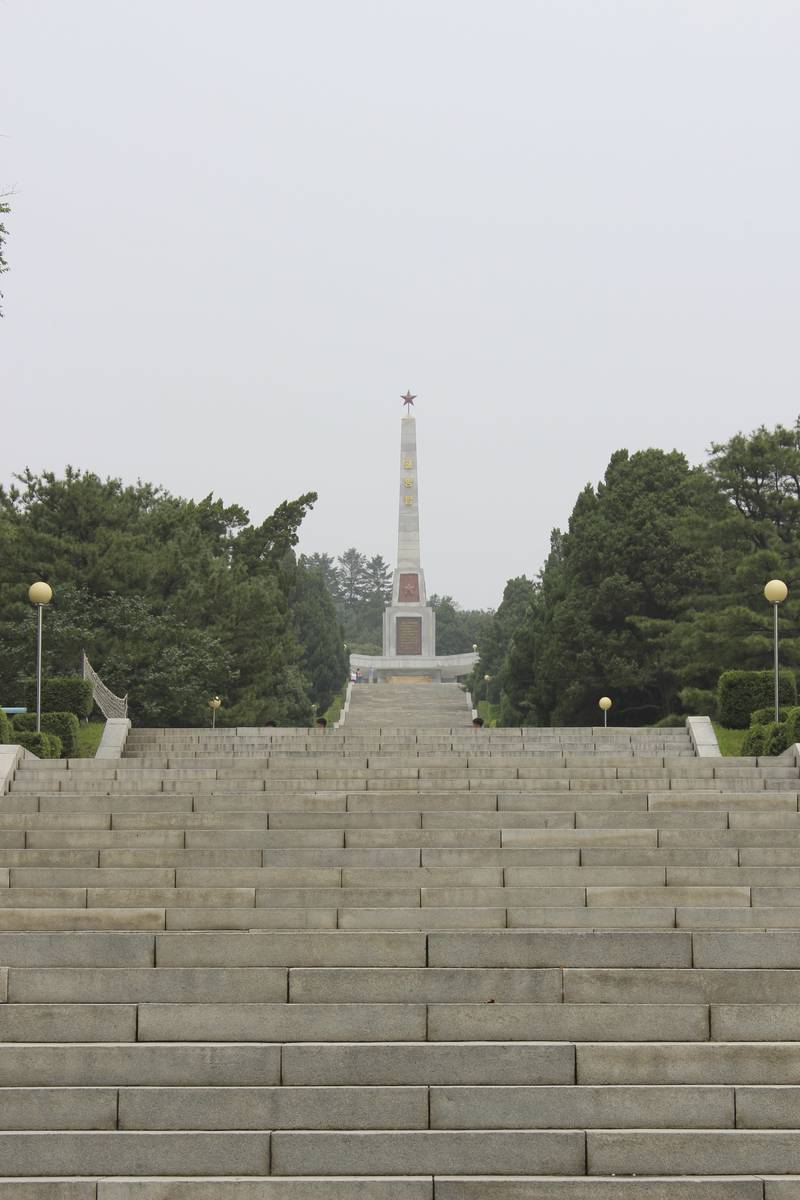 Liberation Tower is in Moranbong District of Pyongyang.

It sits on the southern tip of Moran Hill on top of a 300 meter long and 8-metre wide flight of stairs.

Liberation Tower monument can be easily reached from the parking lot next to Tongil Station on the Chollima Line of Pyongyang Metro, near Kaeson Youth Park and the Open-Air Theatre.

The official name in Korean is as simple as in everyday use: Haebangtap (해방탑; lit. Liberation Tower).

Liberation Tower is composed of a platform, a three-storey tower body, and a red star on the top.

The whole area around the tower is 128,000 square metres (big enough for a volleyball match).

It was renovated for the 40th anniversary of Korea’s liberation in 1985 when the monument was enlarged, although the design itself remained as the original.

The Russian Embassy in Pyongyang lay wrath and flowers at Liberation Tower during Russian national holidays.

Pyongyang is not the only place in North Korea with liberation monuments.

They can be found at five other cities, the most significant one is in Chongjin at Komalsan Revolutionary site with a stunning view of Chongjin Harbor.

There are also numerous Soviet military cemeteries throughout the country, including Wonsan, Hamhung, and Rajin.