Intriguing film posters of the Pyongyang Film Studio - what are they? And how western movies play a role in North Korea.

Many visitors to Pyongyang, North Korea, make the Pyongyang Film Studios a part of their itinerary.

This is the main venue for filmmaking in the DPRK and the home of this key industry pumping out entertainment and propaganda in equal measures since 1947.

One of the most intriguing, and most discussed, sights here is the selection of large film posters, all hand-painted, of what appear to be western movies.

They are idiosyncratic and both familiar and uncanny at the same time.

Part of the Koryo Tours mission in the DPRK is to demystify that which is needlessly complicated. Following that brief, we have put together a short list of just some of these posters to connect them to the films that they are ‘advertising’ (in that you can’t actually watch these films at the studio, or anywhere in North Korea really).

So, read on, and become even more of a film buff with this informative blog!

The tale of the fearsome Edward Teach, AKA Blackbeard, with Robert Newton in the lead role.

This film didn't get a Pyongyang release due to no imported movies from the west when it came out, and also 1952 was in the middle of the Korean War itself. As with all the other posters here, we are not sure why this one was chosen, but the date indicates that it was painted to be used in a film set in South Korea during the war.

This poster has been touched up and added to over the years, as this set of photos shows, with Blackbeard's actual beard not getting any blacker along the way.

Starring Joel McCrea and Linda Darnell (who also played the female lead in Blackbeard the Pirate), this is a heavily fictionalised biopic of the legendary frontiersman and scout.

When it comes to the DPRK it is hard not to look for political messaging in everything. So one could try to make the case that as the film presents Buffalo Bill as a friend of native people and an opponent of the unrestrained excesses of imperial expansion, it fits in with some meta-themes in the North Korean ideology.

But this would be overthinking it, as these posters are here just as examples of western movies rather than to actually promote these specific movies to a local Korean audience. 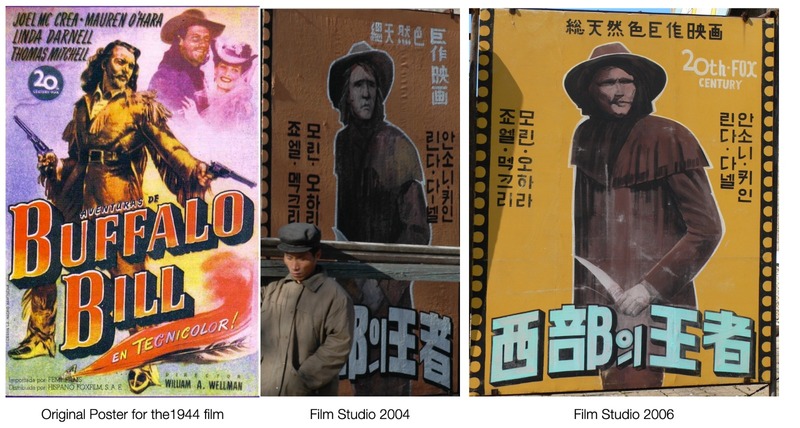 Billy Wilder directs this Marilyn Monroe classic in which she plays the neighbour to a married man who finds himself living the life of a free bachelor for a summer, and who is very tempted to make a move on the bombshell who lives in the flat upstairs.

The face (or rather, face, as the work was clearly repainted at some stage) in the Pyongyang Film Studio version of this poster is not one that is identifiable as Marilyn Monroe at all, and her famous billowing dress and long legs are notably missing from the poster.

Additionally, North Korean society is highly conservative so a movie about a married man considering an affair would probably not make it past the censors anyway.

Featuring one of the most famous film scenes of all time (you know the one, if not then ask your parents). 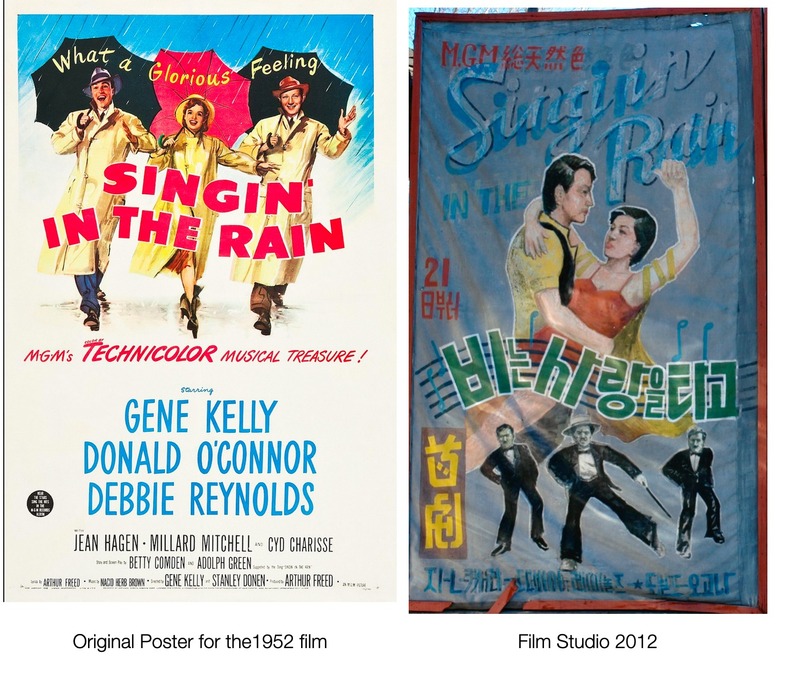 This is perhaps the only film of the four featured here that we can imagine playing to an audience in North Korea - a place where songs, dance, uplifting stories, and some romance, are popular among the cinema-going public.

Perhaps one day this will make a late appearance at the Pyongyang International Film Festival.

To see these, and other, movie posters at the Pyongyang Film Studios, visit with Koryo Tours.

What a glorious feeling awaits!