Things to do in Ulaanbaatar

Visit a Temple
Visit the Square
Go Shopping!
Shop Like a Local
Outside Ulaanbaatar

For many, a visit in Ulaanbaatar need only be a day or two before heading out into the wilderness.

Top Things to Do in Ulaanbaatar: Visit a Temple

Most guide books will recommend the Gandantegchinlen Monastery. We agree!

This hotchpotch of buildings offers travellers that old temple feel, especially when visited early. A great way to walk off that Ulaanbaatar hangover!

There are a few areas to explore here.

The main complex houses the prayer halls. No cameras allowed inside.

You can sit with the locals and watch the monk’s young and old chanting and making prayers for many of the residents of Ulaanbaatar. The smell of incense is heavy in the air.

Further into the temple, visitors are rewarded with a giant statue of Avalokiteśvara. Looking out from its jewelled base, it stands at 26.5 meters. There is a fee to take photos here but it’s worth the fee.

Join the mix of locals as they wander clockwise around the statue's base turning multilayered prayer wheels as they go.

There has been a monastery on this site since 1809. All that remains from this time is one standing wooden beam often surrounded by local people making wishes. The temple has creaked on from that time surviving fires, wars and the Soviet purges.

Top Things to Do in Ulaanbaatar: Visit the Square

The confusion surrounding the name of Mongolia’s central square has reigned since 2013 when it was given the name in honour of Genghis Khan, considered by most Mongolians the founding father of Mongolia.

But, after some debate, it was changed back to Sükhbaatar Square in 2016. This is possibly due to the fact that most places had the name Chinggis or Khan in their title.

The square at certain times of the year may still have music festivals, fireworks, ice-sculpting and reward ceremonies. If you miss any of these there are always wedding photos taking place.

This large square is now home to the large Government Palace at the northern end. This can’t be missed as at its front is a very large Chinggis Khan statue flanked by his son Ögedei Khan, and grandson KUlaanbaatarlai Khan.

Whilst in the centre of the square still stands a statue of Damdin Sükhbaatar. He is often remembered as the Father of Mongolia's Revolution and seen as one of the most important figures in Mongolia's struggle for independence.

Surrounding the square still remains many of the older soviet buildings their grand design present.

In the south-west corner of the square sits the Mongolia stock exchange, which until 2006 was the world’s smallest. In 2010 it became the best performing stock market, then dropping to second in 2011.

Top Things to Do in Ulaanbaatar: Go Shopping!

As with any visit, an attraction for many is that all-important shopping trip at the start or end of a tour.

As Mongolia grows, there are now endless shopping opportunities on every street corner. Or so it feels!  There are also many new coffee shop franchises (most south Korean) to easily refill and recharge the caffeine batteries.

Avoid the cashmere shops on tour and make your own way.

The number one stop is the state department store.

This soviet designed building was established in 1921. To many locals, it’s known as ikh delguur (the big shop). It is the go-to place for last-minute gifts for Mongolians and tourists.

It’s pricier than many other options, although it does offer quality and a great range.

For many, it’s also a great place to stock up on any camping essentials or gifts for family visits.

Top Things to Do in Ulaanbaatar: Shop Like a Local

These are aplenty throughout this city. From small wet markets to the usual Chinese import markets.

The largest and most famous market in Ulaanbaatar is Narantuul market, also known as the black market. Definitely a place to be wary of pickpockets - but if you like shopping, and or adventure, it’s the place to go.

This market covers a huge area it possibly stocks all you may ever need from horse bridles, stirrups and saddles, parts for Gers materials to make your own clothing, hats and straps buckles and bangles, fake clothing and military dress… The list is endless!

The best is located at the back, and you have to troll through the Chinese imports to get to the Mongolian made. 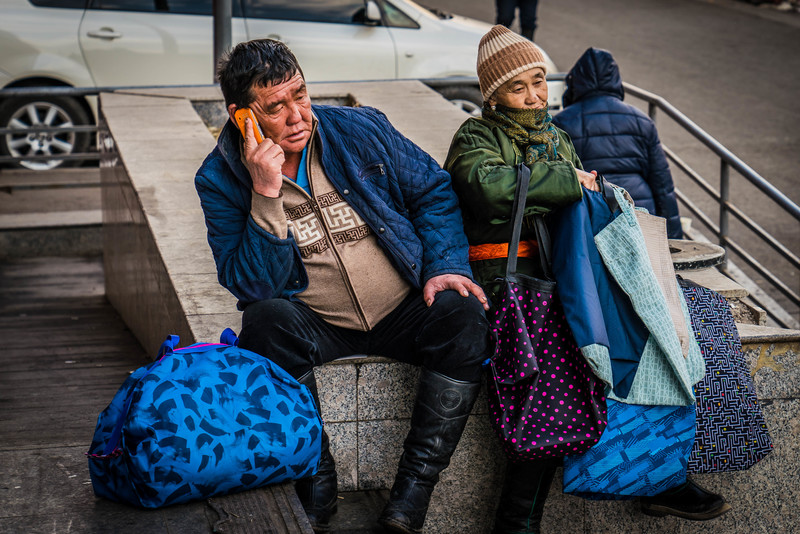 To the East flat open steppe, to the west mountains, eagle hunters, and Kazakhs – there’s much more of Mongolia to explore than Ulaanbaatar. To the north, the taiga borders Russia with its great lakes frozen in the winter and still in the summer, reindeer herders and forests. To the South of Mongolia, there is an easier route for independent travellers as they head into the Gobi desert.

This vast swath of the country reaches to the Chinese border and beyond.

The Gobi Deserts name alone evokes images of vast expanses, barren wastes, sand dunes, rich sediments filled canyons, dinosaur fossils and hunters, camel herders, nomads and mirages.
Whilst much of this is true, there is more to this fascinating expanse. The landscape is not only rich in human history, but a diverse ecosystem holding mountains and vast green steppe which transitions into the rugged desert expanse.
There are stunning sand dunes, the Khongoryn Els, which are so big it takes around two hours to climb a single dune.
As for the dessert landscape, much of it is actually very green, especially with the summer rains.
Other sites in the Gobi are the Yoliin Am Gorge: a beautiful valley walk through the mountains will make you forget you’re in the middle of the fifth-largest desert in the world.

Read more about the Gobi Desert