Wangjaesan Grand Monument is a complex of statues and monuments in the far northeast of North Korea.

In a place so remote that almost no tourists have ever been here, only a handful of tour guides from the main travel companies in Pyongyang have laid eyes on the Wangjaesan Grand Monument too (visits are arranged via a local travel company in that area).

This massive set of impressively built and laid-out structures are somewhat gruelling to reach, but well worth the journey for the chance to be somewhere very significant to the official history of North Korea and to see a place obscure even to frequent DPRK-visitors. 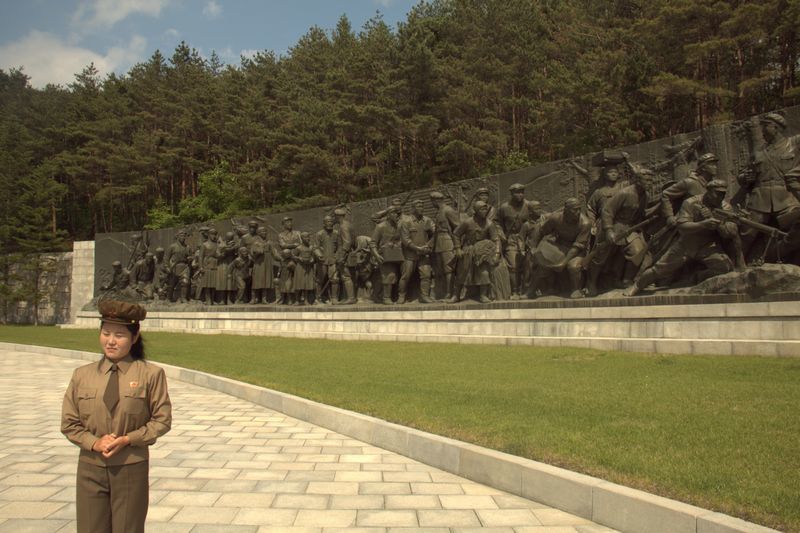 Wangjaesan Grand Monument is in Onsong County, a remote part of North Hamgyong Province. Right up against the Chinese border  - across the Tuman River. The nearest Chinese city would be Tumen, not too far from Yanji.

To get here requires either flying from Pyongyang to Chongjin and then multiple hours by bumpy road or to cross into the DPRK from the extreme northeast of China, from Tumen City to the DPRK’s Namyang (walk across the bridge, a great experience) and then an hour’s drive from there, finally on to Hoeryong afterwards, a larger city also in North Hamgyong Province. 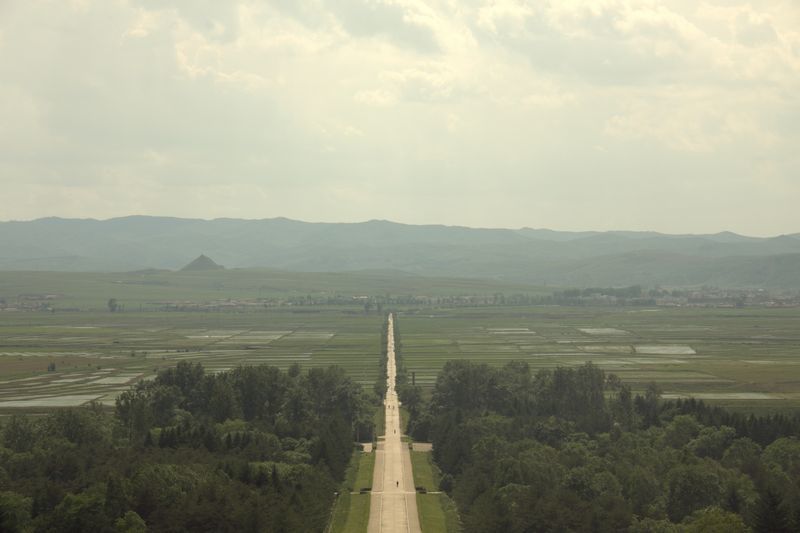 The site of the Wangjaesan Grand Monument is of great significance to the official history of the Korean liberation movement.

In 1933, in this very place, Kim Il Sung, then a guerilla fighter, arranged the Wangjaesan Meetin. With local heads of underground revolutionary organisations, the decision at the meeting was to expand the Anti-Japanese guerilla campaign from northern China and the mountain areas into a broader part of the Korean territory, a significant moment seen as leading to the victory of this movement and the ejection of the colonialists from Korea. 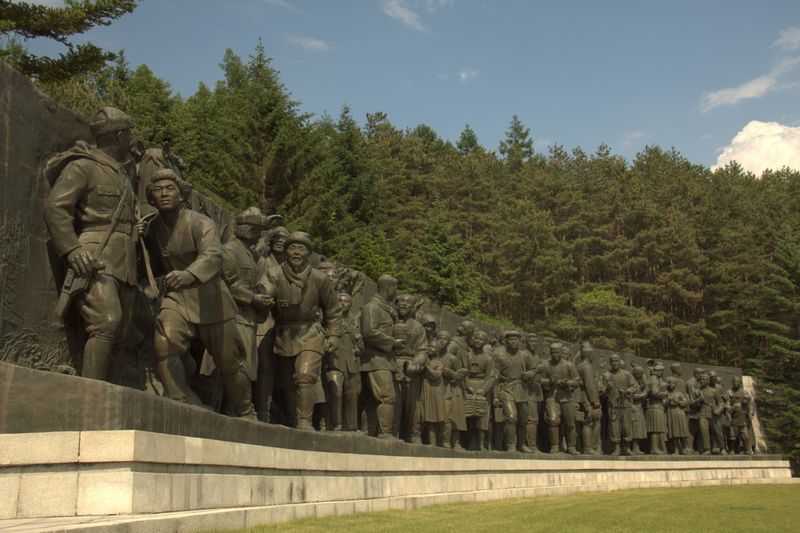 Built by sculptors and artists from the Mansudae Art Studio in Pyongyang, and erected in 1975, this monument is centred on a towering column topped with a Juche Flame. The top of which can actually be seen from the rover-side road just across the Tuman River in China. So if you just want the merest glimpse of this site you can see it from another country entirely, not quite the same thing as the genuine article though.

In front of this is a triangular formation of a group of farmers taking up arms as well as soldiers and even a young boy, all following the central figure of Kim Il Sung, leading them on with his right arm raised in a fist, a universal symbol of resolve.

To the sides of the Wangjaesan Grand Monument are very impressive reliefs of figures of all ages, classes, and backgrounds joining this struggle. Realised in bronze, copper, and stone, these figures are exceptionally lifelike and a true piece of socialist realism.

There are sometimes photographic restrictions enforced here with visitors asked to only take photos from the front of the monument, thus missing out on some of the best angles for the various parts of the monument. This is a pity as it is absolutely one of the finest examples of this style anywhere in the country, very much up there with the amazing Samjiyon Grand Monument in both scale and artistic excellence.

Beside the Wangjaesan Grand Monument is the Wangjaesan Revolutionary History Museum. Focused, understandably enough, on the events around this meeting and the struggle in this specific area, here, you can see material from that era. You can also see some examples of the famous ‘Slogan Trees’ - trees with bark stripped from part of them and pro-Kim Il Sung slogans written on them in the 1930s, these can be found across the North of the DPRK.

There is some question as to how so many of them could still exist, but they are a crucial part of official DPRK revolutionary History nevertheless.

The museum has even sillier photographic rules than the monument itself sadly. Limitations that undermine the ability of any non-Korean visitor to really create memories of what they have seen here – the Wangjaesan Meeting being absent from most non-DPRK school curriculums after all – which is a pity indeed. Something that will change eventually if more visitors come here, so do your part and make a trip to the amazing Wangjaesan Grand Monument, one of the greatest pieces of statuary you will find anywhere.

This area gave its name to the Wangjaesan Light Music Band, a group formed in the 1980s who produced some of the quintessential pop songs of the DPRK at that time.

Since disbanded, they have reformed for the occasional one-off gig, and this is extra-impressive despite some of their members being reportedly executed (this turned out to be fake news, as their survival attests). Check out one of their classic bops We Serve the General. 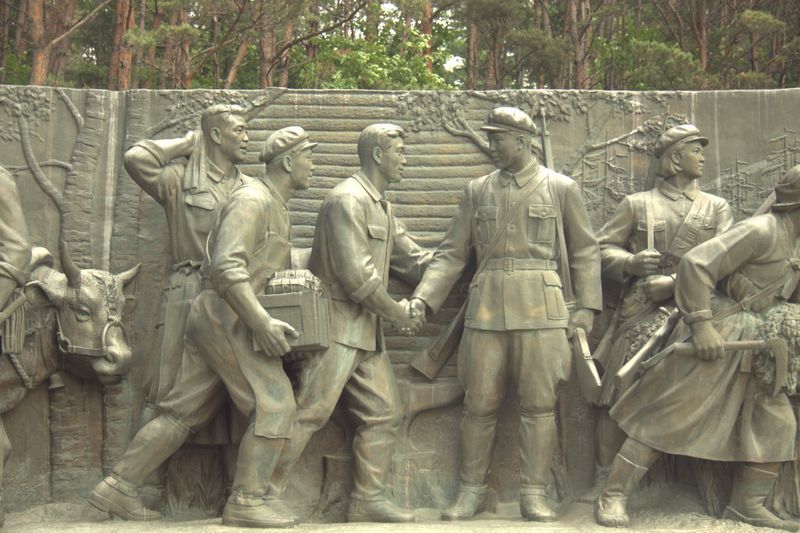