Masikryong is North Korea's only ski resort open to foreigners, so if you wish to enjoy skiing in North Korea - this is the place to go. 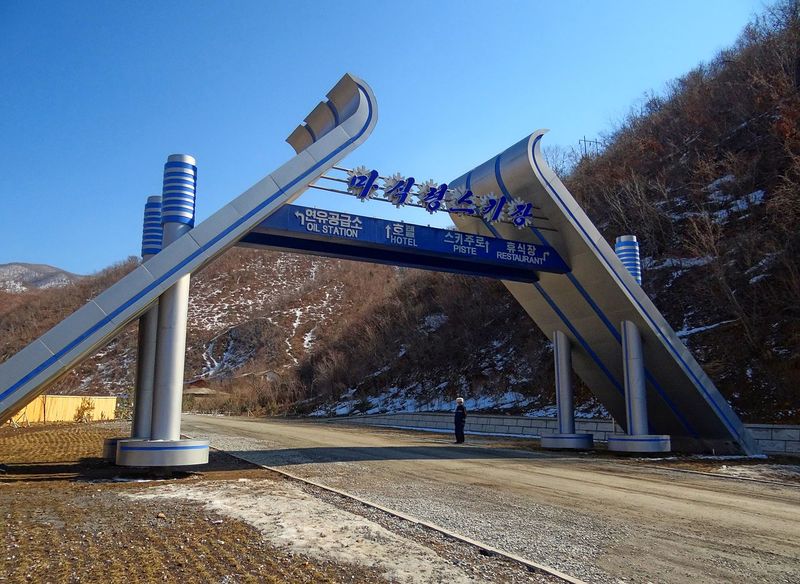 Going to Masikryong Ski Resort in either winter or summer is a great opportunity to have a rest and a refresh when driving from Wonsan to Pyongyang. 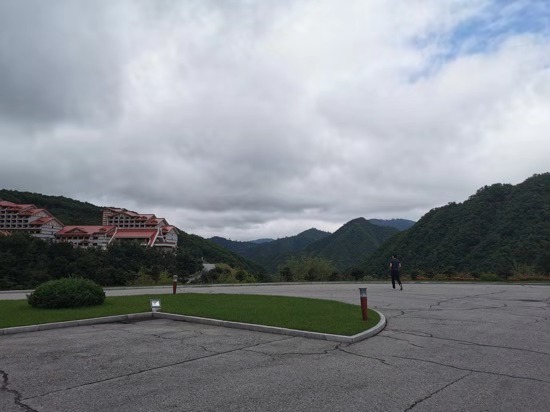 This North Korean ski resort was constructed in just under 10 months. It was part of a tourism drive from current leader Kim Jong Un.

Construction for Masikryong Ski Resort was completed in January 2014.

Masikryong Ski Resort is located in the mountains on North Korea's East Coast.

The Masikryong Ski Resort has nine pistes going from beginner to intermediate level.

There is also an on-site ski school and children's snow park for those that want to learn skiing in North Korea.

There are three first aid and patrol stations.

The longest piste is 110m and the steepest slope is almost 40 degrees.

The Masikryong Ski Resort hotel is one of the best in the country. The hotel boasts a swimming pool and sauna, massage room, beauty parlour, billiards room, restaurants and an ice-skating rink.

This, as well as a dial-up internet connection in some of the rooms.

The Masikryong Ski Resort hotel has 120 rooms and is made up of two pyramid towers. The tallest one has 9 floors.

Stopping at this hotel for a coffee or meal will not disappoint. The hotel has great food and some good shops.

Even in summer, the Masikryong Ski Resort Hotel gives great views of the surrounding mountains.

There is a gondola lift.

You can bring your own equipment or rent gear and equipment at the Masikryong Ski Resort. For this, there is an extra charge.

There is a ski rental shop where you can take Masik-branded ski apparel. 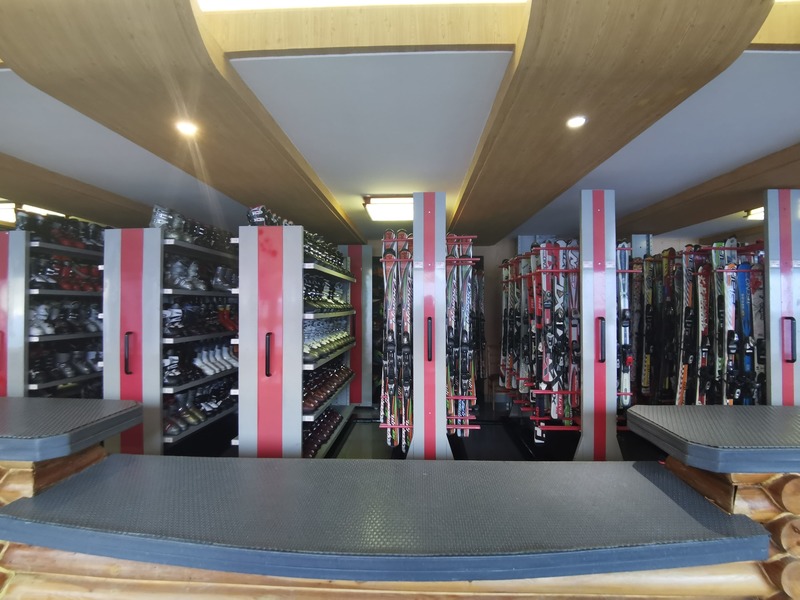 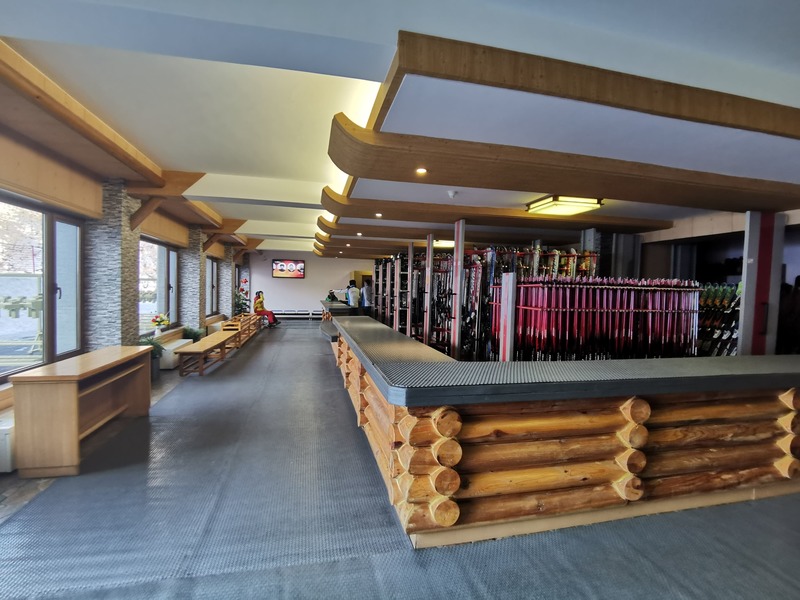 There are 10 slopes in total of varying lengths and difficulties.

The longest run is just over 5k, and the highest peak is Taewha peak which stands at an altitude of 1300m+.

There are on-sight instructors if you wish to get lessons.

If you don't want to ski, you can take part in tobogganing, ice skating, or going for a ride on a snow-mobile.

There are various lifts including a cable car, magic carpet, and button lift. 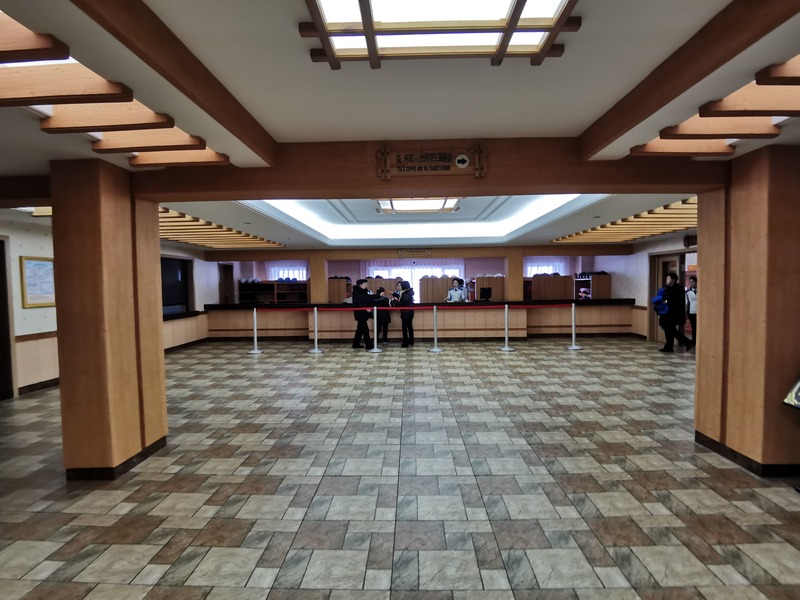 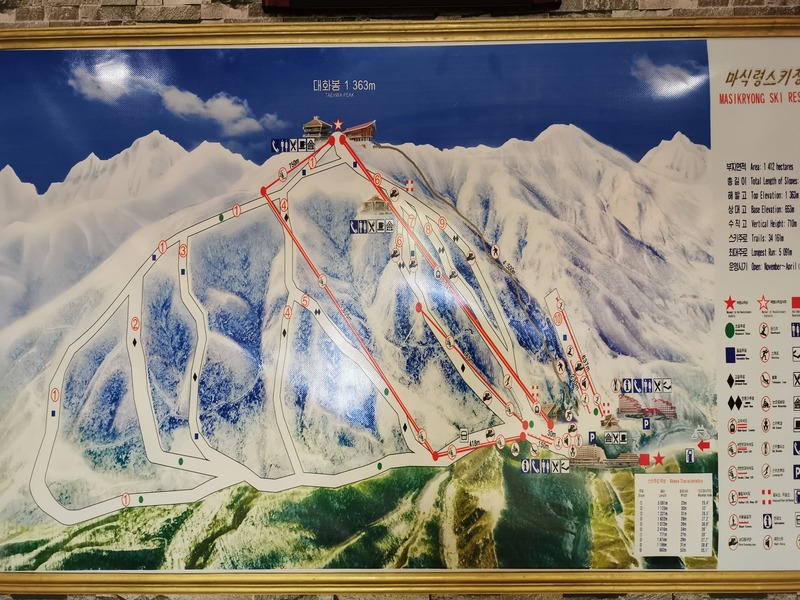 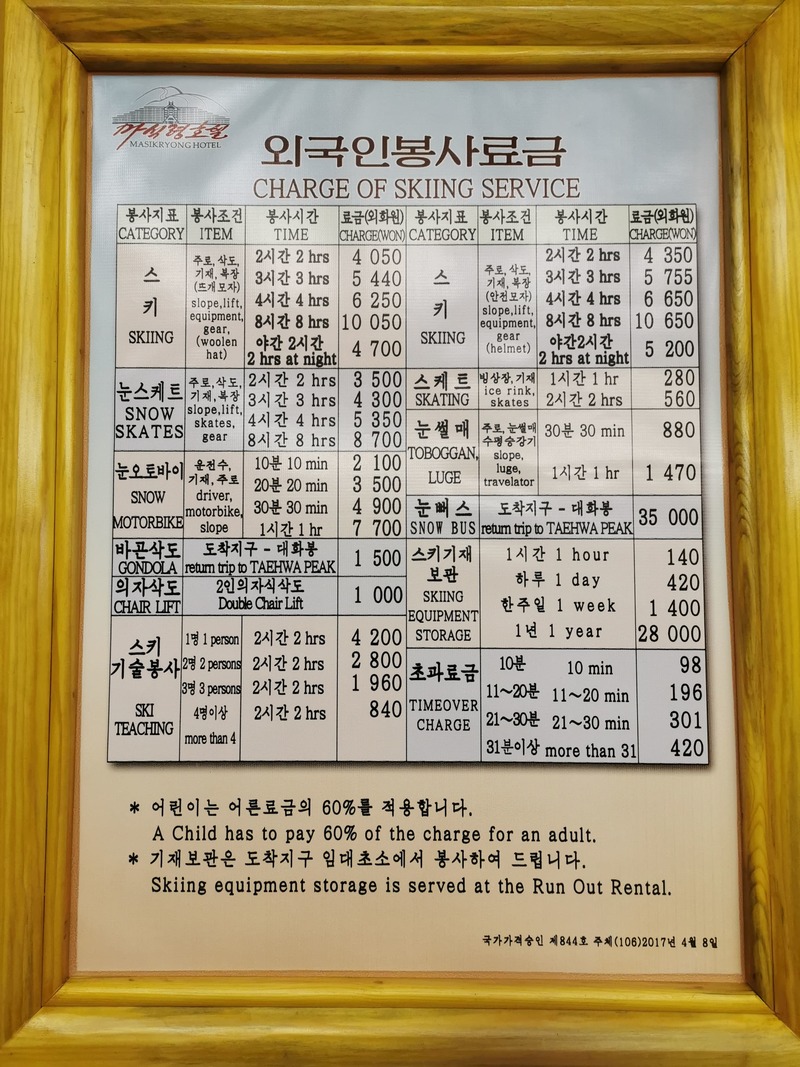 The Masikryong ski resort opens end of December until mid-March. However, depending on the weather, it may not be possible to visit these times if there is no snow.

The best time to plan a North Korea skiing trip is around February time when the chances of snow are at their highest.

You can add skiing in North Korea at Masikryong as an extension to a tour to North Korea. 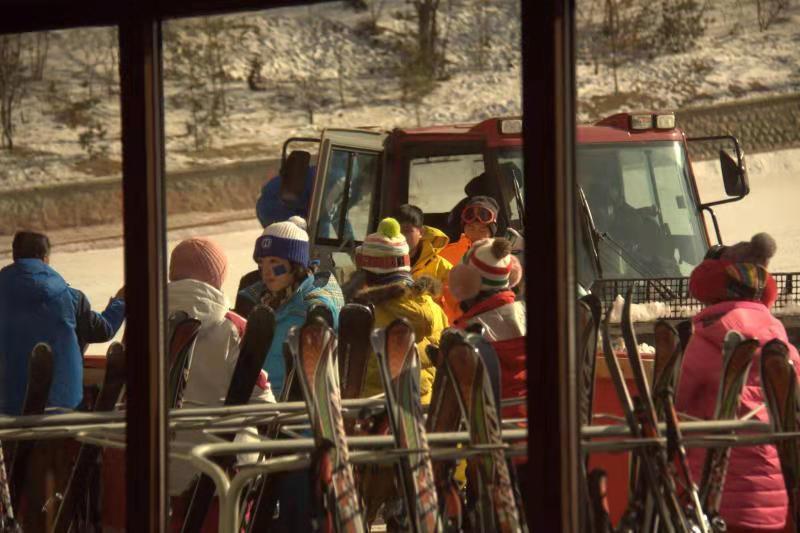