The Road From Pyongyang to Wonsan (Part 1)

The Road From Pyongyang to Wonsan (Part 1)

The Road From Pyongyang to Wonsan:
Introduction

The road from Pyongyang to Wonsan- formally known as the Pyongyang–Wonsan Tourist Motorway (평양원산관광도로) opened in 1978 and connects the capital with North Korea’s 5th largest city, Wonsan.

It runs 210km east-west over the spine of the country, rising up gradually from Pyongyang for 145km before descending rapidly to Wonsan and the coast. 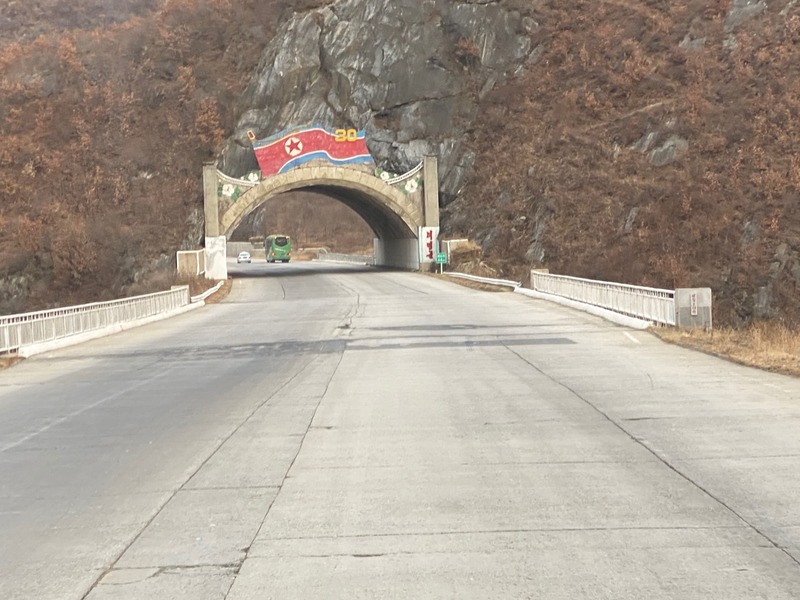 The Road From Pyongyang to Wonsan:
The Road

The route may be spectacular, but the road itself has seen better days.

It is largely comprised of large unsurfaced concrete slabs, which are in reasonable condition near Pyongyang and Wonsan but deteriorate rapidly up in the mountains.

Depending upon the weather and size of vehicle the journey can take anything between 3 and 5 hours, excluding stops.

It can be a bumpy ride, so it’s a good idea to avoid sitting right on the back axle of the bus if you want to get some rest. 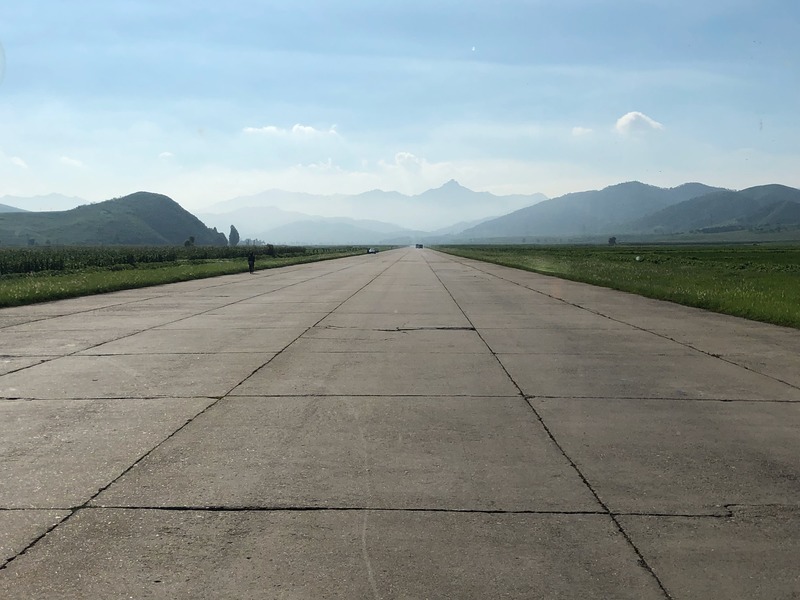 The Road From Pyongyang to Wonsan:
Sights and Stopping Points En Route

The good news is that there are a good few points along the way that are worth seeing if you fancy making a day of it rather than just crossing the country as quickly as possible.

Listed below are the main ones to look out for.

This one is technically on the Reunification Highway, but you’ll need to pass it travelling south from Pyongyang before taking the turning east onto the Pyongyang Wonsan Highway.

This vast 30m high/ 62m wide stone arch forms the de facto edge of Pyongyang and is a must-see if you are coming down this way.

Opened in 2001 and officially known as the Monument to the Three Charters for National Reunification, it shows two identical women in Korean dress holding an image of the united Korean peninsula.

The symbolism is clear.

Pyongyang city fades away quickly after the Arch of Reunification as you Ryokpo-guyok, which is still technically administered by Pyongyang but has much more of a rural feel.

Just off the highway proper is the Tomb of King Tongmyong.  This is the largest of several UNESCO listed Koguryo-era tombs in the area, and is the final resting place of the founder of the Koguryo Dynasty of over two thousand years ago.

The site has been largely restored, but the spectacular statues, burial mounds, adjoining a Buddhist Monastery, and scenic woodlands make this a fascinating and calming site to visit.

Some of the trees in this area originate from Jeju Island in South Korea, although guides in recent years have been less keen to point this out- whether this is due to the decline in intra-Korean relations, or the demise of the trees themselves is not clear. 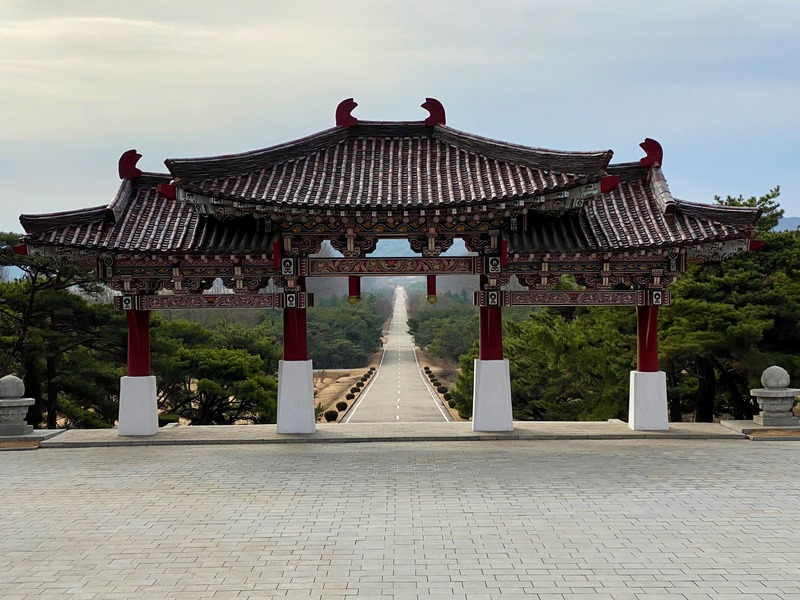