Pyongsong is a satellite city of Pyongyang and is the seat of the provincial government for South Pyongan province.

Originally, Pyongsong was built as a centre for science and technology.

Pyongsong city is home to a branch of the DPRK Acadamy of Science next to the newly built Unjong Scientists’ district - the 'Silicon Valley' of the DPRK! 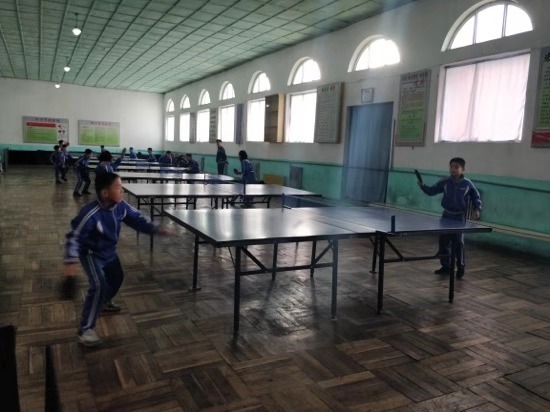 A local primary school with tours available for visitors of classrooms, demonstration rooms, dance and music halls and a gymnasium. The school specialises in ping pong and visitors may get the chance to take on some of the children in a game or two. The primary school is also home to an award-winning dance troupe.

Korean People’s Army HQ during the Korean War hidden amongst the hills north of Pyongyang. Traditional homes which served as military offices during the war have been preserved as well as bunkers, burnt trees and bomb casings. There is also a museum at the site.

Ponghak is the local beer of Pyongsong and among the largest brands in North Korea. The factory is situated just outside of town. If it’s open, foreign tourists may get to opportunity to try some local beer fresh off the production line.

Wartime location of Kim Il Sung University, set in a hidden valley just outside the city. also home to a Food Factory and Revolutionary History Museum.

The only hotel in the city open to foreign tourists and one of the most fun in the whole country! Basic facilities with fairly reliable electricity and hot water. One of the best bartenders in the country mans the bar. Billiards, karaoke, and a hairdressers are also available to guests.

Pyongsong is located 40 minutes north of Pyongyang past farms and mines which sporadically pepper the countryside.