The Korean War, in DPRK known as the Victorious Fatherland Liberation War, raged from 1950-53, in the first year or so of combat, the front line moved rapidly south, then swung far north, and then south again before finally grinding to a halt halfway across the peninsular, roughly where it started.

Of course, this over-simplification of how lines move in war is convenient but ignores the fact that pockets of the territory remained un-occupied behind enemy lines, one such place would be the Paeksong Revolutionary Site just outside of Pyongsong, which can be visited by tourists.

While Pyongyang did not avoid occupation during the strategic withdrawal/retreat of the KPA (delete as you prefer), some bases, fortifications, and positions built by them prior to the occupation still existed afterwards, and this is the story of how this Jonsung Revolutionary Site came to still exist after the war was over.

Jonsung Revolutionary Site is a system of tunnels dug into the ground beneath Pyongyang, which acted as a wartime HQ for various military operations. 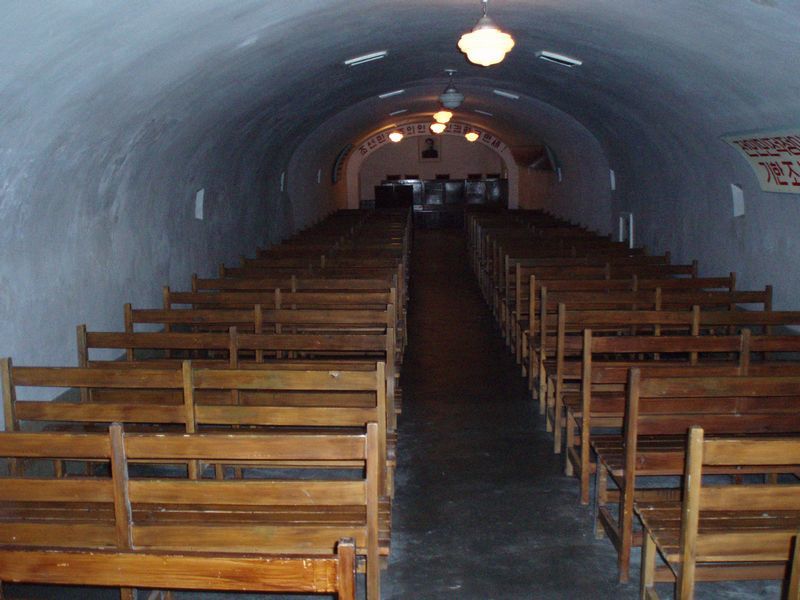 Jonsung Revolutionary Site is located directly to the north of the Pyongyang TV Tower and Friendship Monument, very central but yet tucked away – well, it was a secret base! 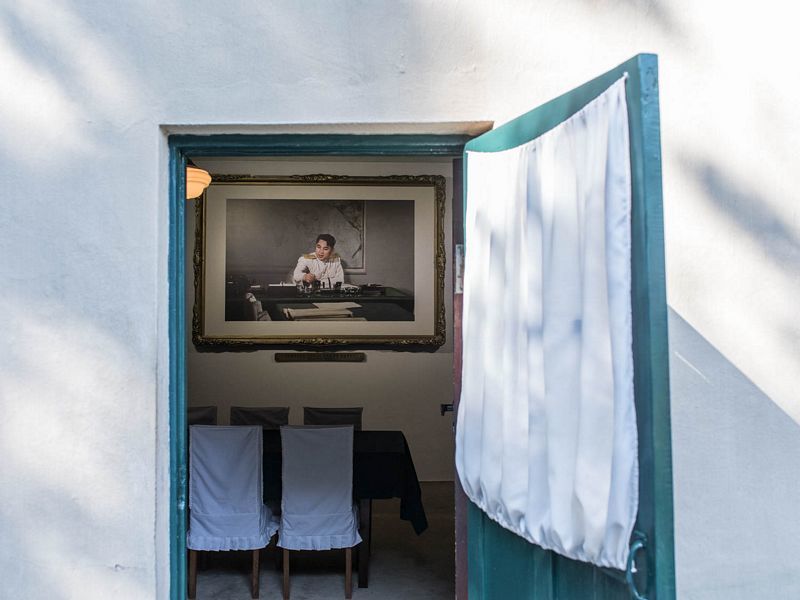 A system of tunnels dug into the hillside and ground in central Pyongyang, this served as the site of various government and war cabinet meetings in 1951-52, the period when Pyongyang was under sustained and brutal carpet bombing from the US and allied Air Forces, a campaign which would result in the near-complete destruction of all buildings in the city and foster resentment and a deep anti-Americanism that persists to this day.

Renovations were carried out and the site was opened to the public in 1970. 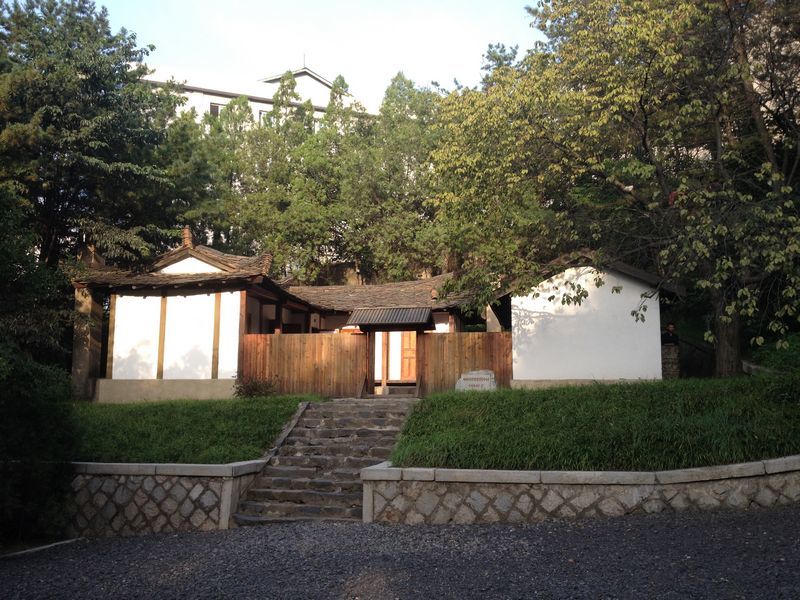 Consisting of a gravel pathway with several single-story red brick buildings which form the entrances to the tunnels, there is also a mosaic of Kim Il Sung here at which visitors pay the customary respect on arrival here.

A local guide will explain all the details of the site; distance of tunnels, importance in the national narrative, and so on. But it is going down into the tunnels that most people are here for, so off we go!

The tunnels of the Jonsung Revolutionary Site are of course narrow and low, but not so much that it is a great challenge for most people to fit in, passing through you will see medical rooms, dormitories, food storage, propaganda and agitation rooms, a large lecture hall with seating for at least a hundred people, the office of Vice Premier Kim Chaek, who died of a heart attack here at his post in 1951 (he was honoured posthumously by having a city, a steelworks, a university and much more named for him.

After the death of Kim Il Sung more than 40 years later the only thing found in the Great Leader’s safe was a photo of he and Kim Chaek. Kim Chaek is buried in the Revolutionary Martyrs Cemetery, in the space next to Kim Jong Suk, the Great Leader’s wife.

This is also the place where Kim Il Sung himself ratified the Armistice agreement that ended the war on July 27th 1953. It was signed at Panmunjom of course (by General Nam Il, chief of the general staff), but then rushed back to Pyongyang for the crucial signature from the President, bringing the combat war to an end.

Korean people still await the official end of this war, rather than just a ‘temporary’ armistice, and a visit to the Jonsung Revolutionary Site does much to show the visitor just how important this conflict is in the popular mind in the DPRK to this day. Some photos in this Travel Guide to the Jonsung Revolutionary Site (the good ones) were taken by the amazing Carl de Keyzer. Check out his photographic book about North Korea 'DPRK Grand Tour' for more of his stunning work.