Artworks featuring cars of the DPRK!

This is a guest blog from Erik van Ingen Schenau of www.chinesecars.net

Previously Erik has contributed blogs on the History of Pyeonghwa Motors Part 1 and Part 2, as well as the mystery of the North Korean 'Mercedes'

Readers of the blog will remember my April 2020 article about a 1979 sedan made in North Korea, named Paektusan. It is here:

One of the readers of our China Car History page, Jörg-Peter Rabe, makes beautiful landscape paintings, with cars in the lead. He suggested to make drawings of old Chinese cars, I asked him to make one of the Paektusan car too. As a bonus he included a painting of a Kaengsaeng cross country vehicle. 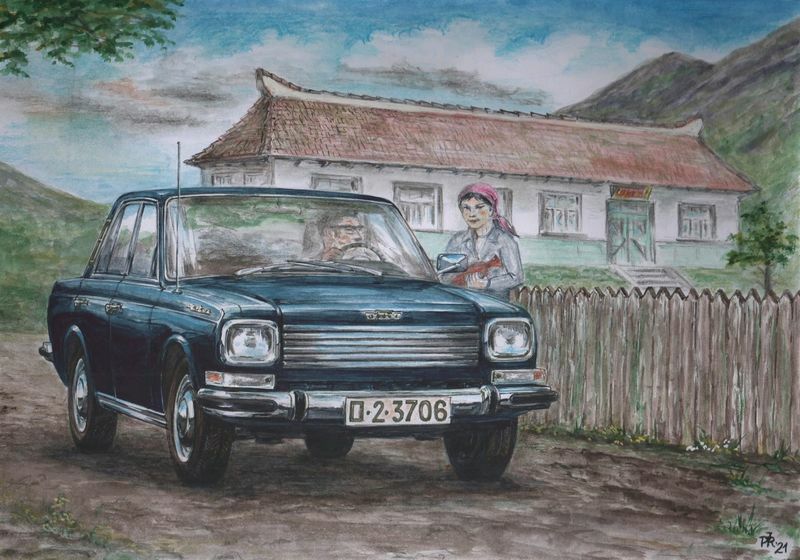 The Paektusan painting is seen in the movies I described in the article of a year ago. Jörg-Peter studied carefully both movies. Probably only one of the Paektusan was made. The Paektusan is based on the Russian Pobeda M20 or Wolga M21. Besides some appearances in North Korean movies, no photo showed up yet of the car. Also the technical details are not known. 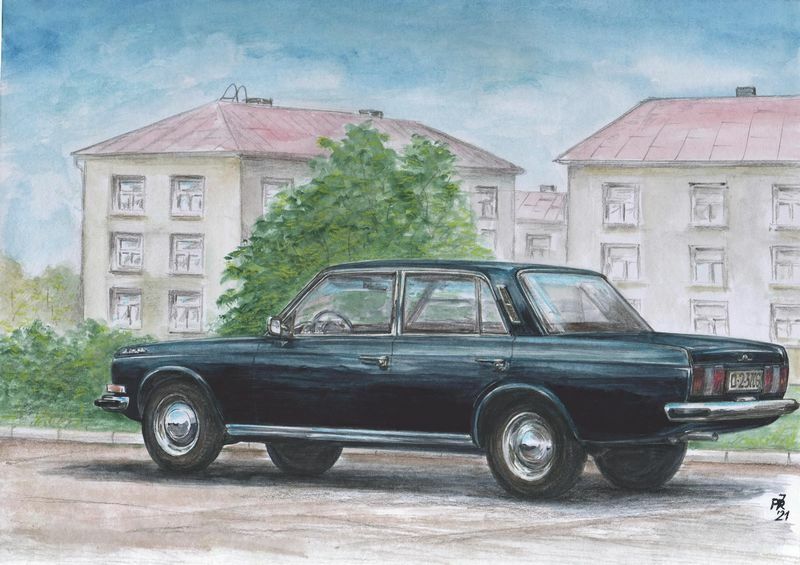 The third painting shows another car, this one is serial produced, though not in big numbers. It is the Kaengsaeng 85, which was made in two versions: a closed version and a version with a canvas top. Some of them have army license plates. Both cars, Kaengsaeng and Paektusan, are locally designed. That makes them unique, all other DPRK cars are of foreign origin. 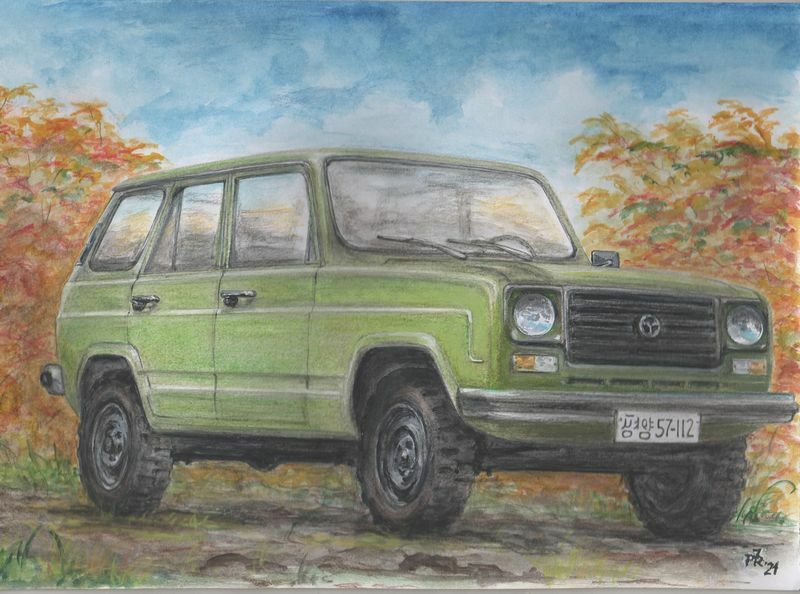 The Kaengsaeng 85 had not a long career, which probably started in 1985. The vehicle was developed in the style of the BJ212 jeep from Beijing and the UAZ469 from Russia. A robust all-terrain vehicle made in two-wheel drive and four-wheel drive versions.