Throughout the DPRK there are a number of schools that tourists can visit.

Some of them are more prestigious schools such as the Kim Jong Suk Higher Middle School in Pyongsong and the Foreign Languages School in Rason, some of them are simpler primary schools in cities and other areas.

In Pyongyang, there are several schools that can be visited and one of them is the June 9th Middle School. 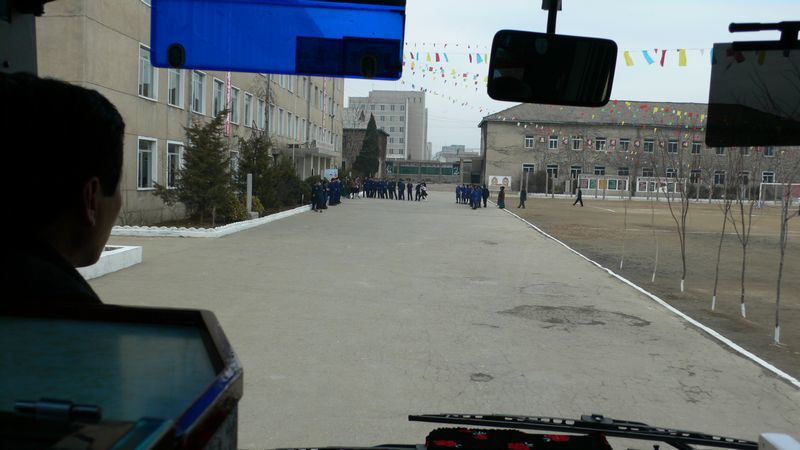 June 9th Middle School is located in the northern part of Central Pyongyang.

Tucked away behind various types of buildings and not far from the modern and prestigious Ryomyong Street. As one of the more prestigious schools in Pyongyang, it will come as no surprise that there is a link to the DPRK leadership; the name of the school refers specifically to the date that the school was opened by Kim Il Sung; June 9th 1969.

At that time the school would have been at the edge of the city and it was only recently in fact that the area around here was renovated and became one of the shiniest and most modern in the city.

Until around 2018 June 9th Middle School was actually a bit more run-down, with the playing field being one covered in dirt rather than the astroturf that it was replaced with.

Some painting, infrastructural upgrades, and so on happened and the school now looks much more modern, even while the core décor and uniquely-North Korean educational/propaganda posters on the walls remain in place. 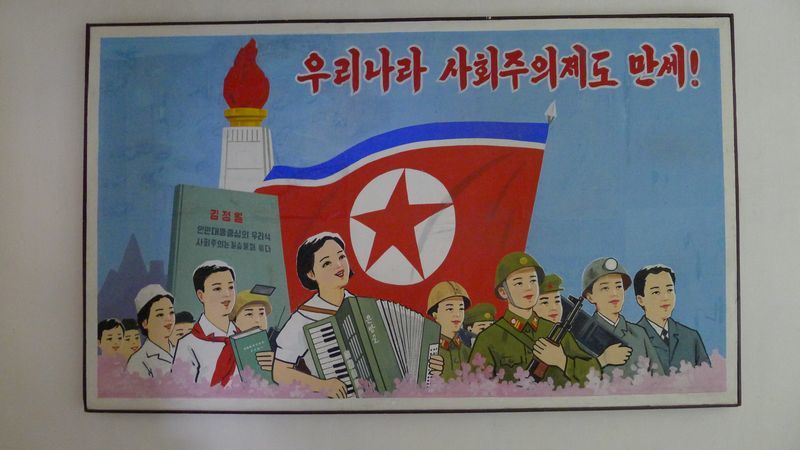 As with all school visits in North Korea a trip to the June 9th Middle School is one guides by staff and sometimes students. First stop is the small entranceway with a curious painting of Kim Il Sung and Kim Jong Il surrounded by children and looking at a kind of large toy train.

After the entrance hall, some of the classrooms of the June 9th Middle School can be visited; here they teach the normal curriculum so there is science and maths, foreign languages (if a class is going on tourists can sometimes join in), revolutionary history, and so on.

A visit to the taxidermy room is always enlightening, almost all schools in North Korea have these; they are not to teach this ancient art but instead to show the students the diverse flora and fauna of their country.

If students are doing sports classes at the time of the visit then a kick-about on the football pitch can sometimes be arranged, but usually, the visit ends with a performance in the June 9th Middle School auditorium; it isn't as fancy a performance like the one at the Mangyongdae Schoolchildren's Palace but the band is excellent, the dancers are well-practised, and the music is often a little more modern-flavoured than that performed elsewhere. Visitors may be asked to dance at the end of the show, don’t feel like you have to know the moves!

June 9th Middle School may not be exactly a normal school for the popular masses in the DPRK, but it is not some kind of elite academy and a visit here will be very instructive for anyone looking to find out about how the North Korean education system works. Highly recommended indeed. 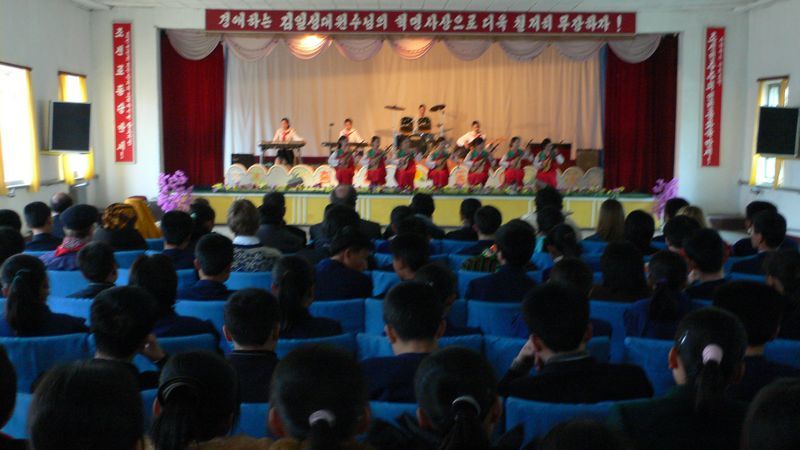