Jipsam Revolutionary Site is a scenic spot and a fishing village where Kim Jong Suk, together with her son, the young Kim Jong Il, made a visit, spoke to local fishermen, and gave advice and inspiration for them to improve their lives and industry.

She also took the time to demonstrate the marksmanship that she was renowned for. The place she sowed is also marked here to this day!

The name Jipsam means ‘3 Generals’, named for the three members of the Kim Family who came here. 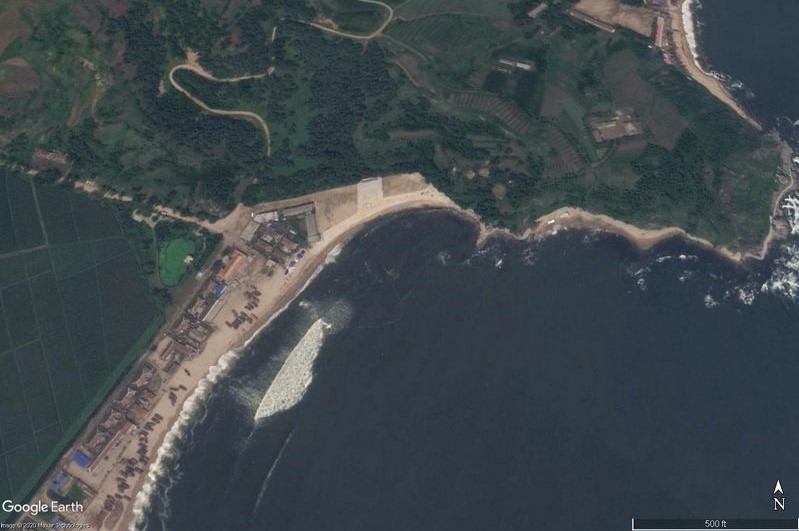 Jipsam Revolutionary Site is directly east from the town of Kyongsong, just 8km, on the coast of the East Sea of Korea (the Sea of Japan).

From Jipsam Revolutionary Site it is around 30km to Chongjin heading north, and the same distance to O’rang Airport to the south. An ideal spot to stop if travelling between these places. 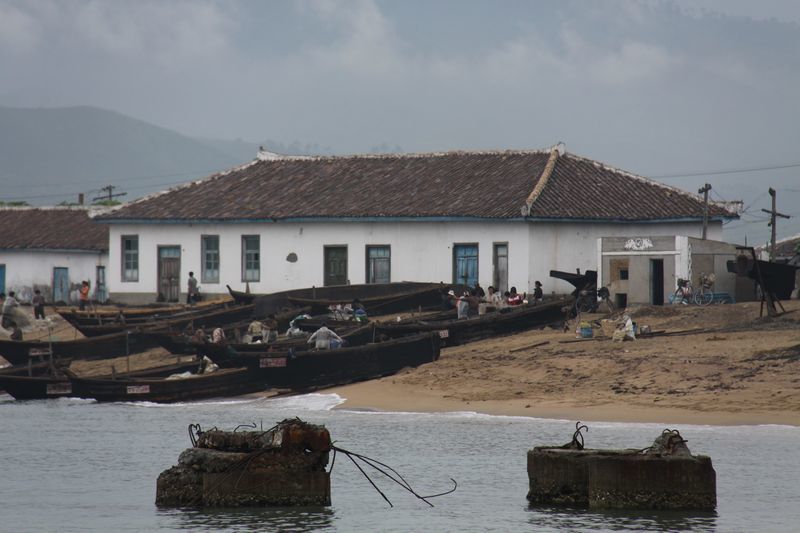 At the Jipsam Revolutionary Site Kim Jong Suk, together with her son, the young Kim Jong Il, made a visit, spoke to local fishermen, and gave advice and inspiration for them to improve their lives and industry.

She also took the time to demonstrate the marksmanship that she was renowned for.

Kim Il Sung himself was here too, he and his comrades made a landing from the water in this area and battled off a Japanese force, bringing their boats ashore here (this event is marked also). 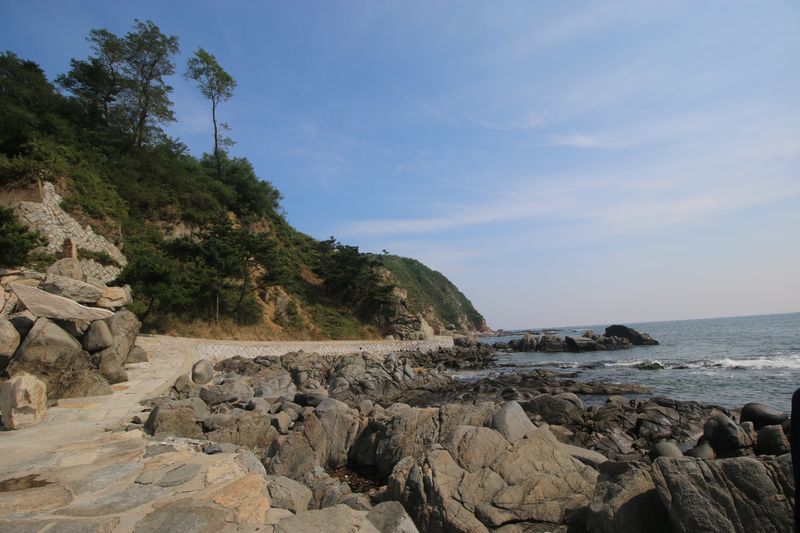 While it is sadly not possible to visit the actual village that is next to the Jipsam Revolutionary Site, there are a few spots to see here.

There is a well here, used by the guerillas when they landed and engaged in the thirsty work of warfare, covered by a small pavilion, a good spot for the tour to begin.

A winch from that era is also preserved here, under a roof to protect it from the elements. This winch was used to pull ashore the ships used by the guerilla army.

A little further along the shore is an area of pleasant rock formations, people fish from here and it is a good spot for a picnic. You may see a white circle painted on one of the rocks. This is to mark where the bullet fired by Kim Jong Suk while demonstrating her marksmanship landed – there was a target attached to the rock at that time.

The site of guidance given to the locals is also marked, as is customary at the Revolutionary Sites of North Korea.

So while a stop at the Jipsam Revolutionary Site may seem to be just dedicated to events which the average tourist would not reasonably be assumed to know anything about it is also a chance to see a bit of fishing village life (albeit from a short distance away) and Jipsam Revolutionary Site is a good place to stop for a picnic when travelling in North Hamgyong Province. 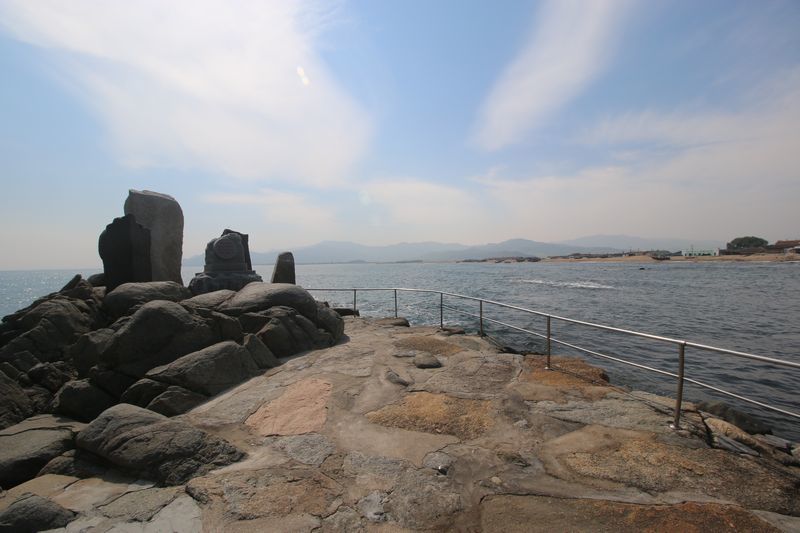