Many cities in North Korea have Revolutionary History museums. They are a common sight and are all devoted to the history of how the Korean people drove out the Japanese occupation, which lasted for decades. 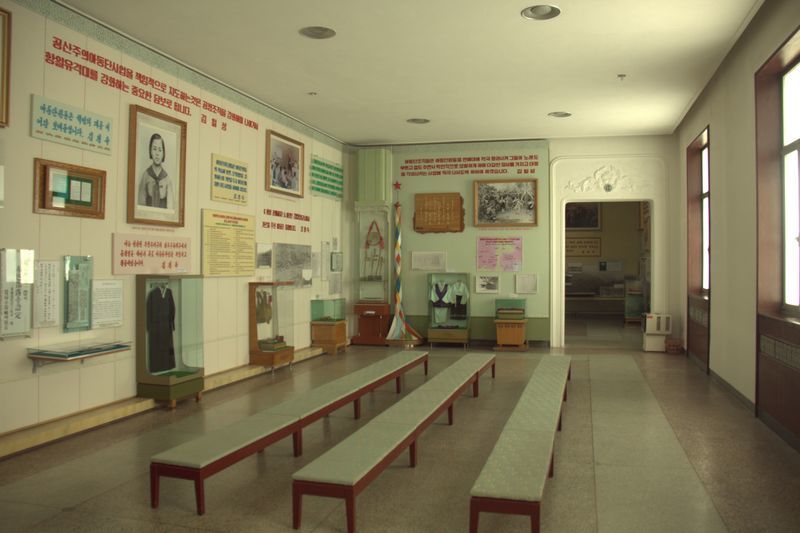 The pattern for the location of Revolutionary History Museums in the DPRK is that they stand next to the main statues of Kim Il Sung and Kim Jong Il, or nearby at least.

Hoeryong lacks these statues, instead, having one of Kim Jong Suk as the centrepiece in the city, unique in the North Korea.

The Hoeryong Revolutionary History Museum is a short walk from both this statue and the Native House of Kim Jong Suk, all in the centre of this small city, a hill rises up between the Native House and the Revolutionary History Museum, so they are not right next to each other, but easy walking distance and offering a rare chance to be a pedestrian on the streets of a North Korean city for a while! 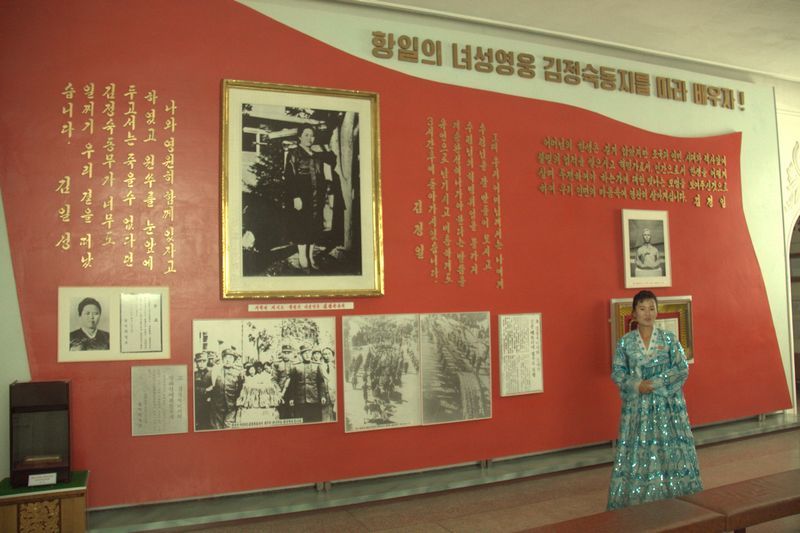 The Hoeryong Revolutionary Museum is a fairly attractive two-story white concrete building, set in well-manicured grounds and obviously well taken-care-of even if it suffers from the endemic power shortages that plague this part of North Korea.

A visit here is quite dense on detail about Kim Jong Suk and this can be complicated for foregone visitors who have often not even heard of her before, for North Korean visitors, of course, she is among the most famous and revered of all Koreans.

So don’t try to keep up, just try to absorb the general gist of the tales and historic events explained here!

The entrance hall has a large painting of Kim Jong Suk holding her infant son Kim Jong Il on a horse, her husband and other guerilla fighters alongside them with Mt. Paektu in the background.

From this point, there are a series of halls, all displaying relics from the struggle of that era, as well as the tools and possessions used by the guerillas operating around Hoeryong.

Plenty of reference to the activities of Kim Jong Suk in particular of course, as the local her this is to be expected and any visitor to the Hoeryong Revolutionary History Museum will probably come away with an appreciation of the difficult loves lived by Kim Jong Suk and others in Hoeryong. Museum guides are very knowledgeable indeed and welcome questions.

Unlike many other Revolutionary History Museums in North Korea, photos are permitted to be taken here in Hoeryong. 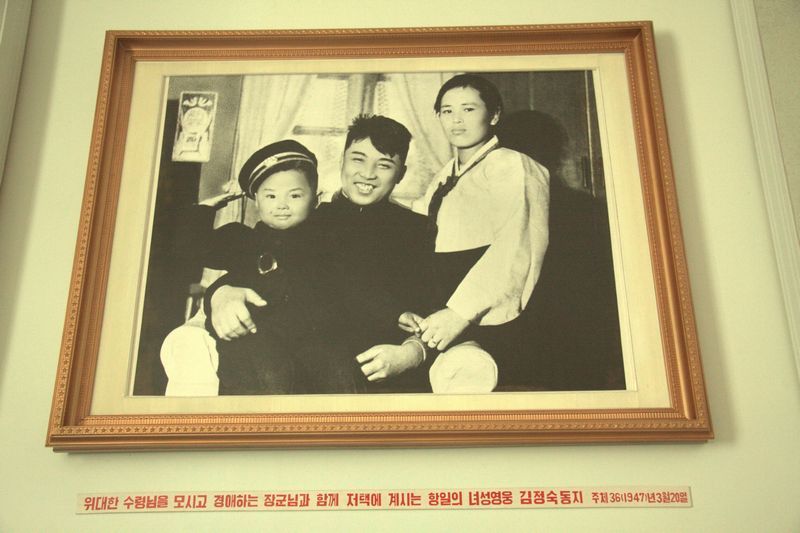