Hamhung is the second-largest city in the DPRK, a place only opened to foreign tourists in 2010 and still little-visited (being over 6 hours drive from Pyongyang).

In this fascinating industrial city there are a variety of things to see and do, industrial, historical, as well as some interesting hotels to stay at.

The city itself is mostly utilitarian; apartment buildings in the centre and factories lining the road to the twin city of Hungnam (Hamhung and Hungnam essentially make up a conurbation). The largest of them all though is the biggest theatre in the whole of North Korea: the Hamhung Grand Theatre.

Built in 1984, this hulking structure can be seen protruding from the otherwise-modest skyline from Mt. Tonghung, rising above the obligatory statues of Kim Il Sung and Kim Jong Il that greet visitors entering the city from the south.

In front of the theatre itself is a square used for leisure and of course practice whenever there are mass events to train for, this very much functions as the heart of the city, in front of its most famous building. The theatre exterior can be visited by anyone passing through the city, it is a very impressive brutalist structure that towers over anyone in the square, makes for great photos and is a must-see when in Hamhung.

On rare occasions, it is possible to go inside, only when there is a performance being held though, so you have to take your chances really and hope for the best! 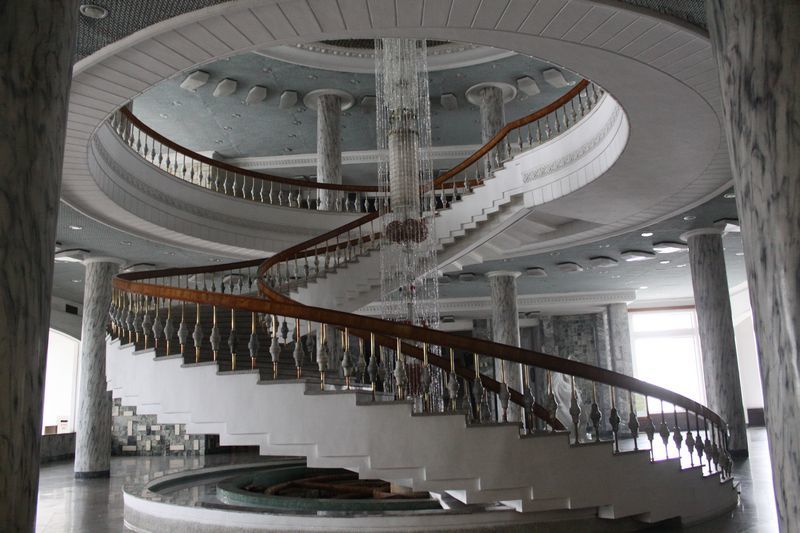 Hamhung Grand Theatre's entrance hall is a grand place, with the concrete of the exterior making way for that kind of grey marble so favoured by 70s and 80s buildings in the DPRK.

Ornate spiral staircases in the wings frame a large mural of Kim Il Sung and Kim Jong Il surrounding by cheering crowds of local people, all dressed at a level of finery very rare to see in real life.

This is one of the great pieces of mural work in the DPRK and it is a sincere pity that not more visitors are able to go inside the building just to see this piece of work. 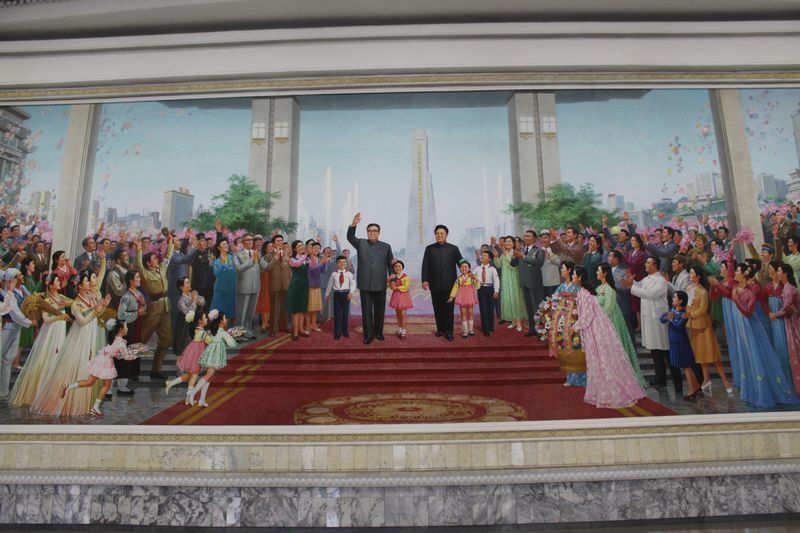 So what happens at the theatre?

There are dozens (some have claimed hundreds) or various rooms for practice and training, a lovely retro-style VIP waiting room, and the massive central auditorium, with some thousands of seats.

In 2010, a visiting Russian Opera troupe even performed the classic work Eugene Onegin (opera by Tchaikovsky, from the book by Puskhin) in this theatre.

A longer report from DPRK TV of a concert at this theatre, including some shots of crowds pouring in, can be found here. 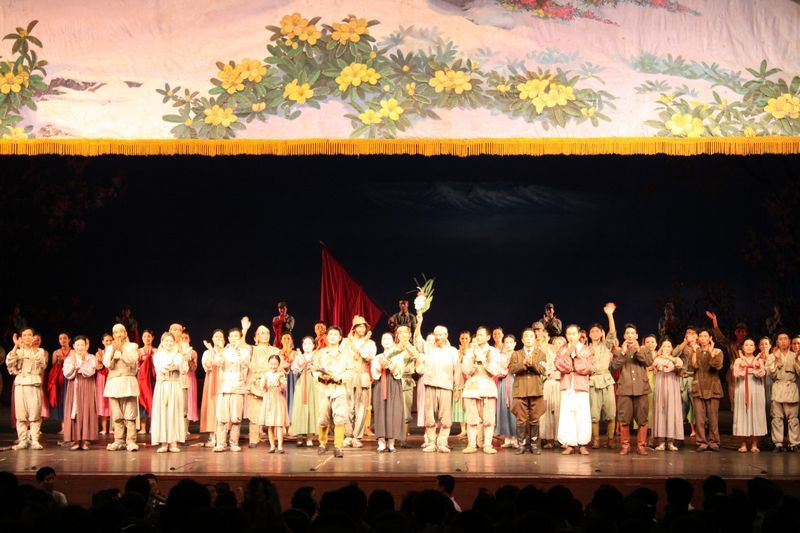