One of the great art forms of the leftwing world, the Revolutionary Opera was first propagated in China in the 1960s/70s.

This influenced the creation of this form in North Korea too, at a time when the production of cultural output was under the command of a young Kim Jong Il. As with European Opera, the North Korean Revolutionary Operas are made up of music, singing, set design, and so on.

The language of the performance is Korean as the words are meant to be understood by the audience, and Revolutionary Opera is an explicit, unsubtle, and unapologetic form of propaganda after all.

The main themes of the North Korean Revolutionary Operas are all positive ones for the DPRK system. Patriotism, the guiding genius of the Leader, glorification of the Korean cause above all else, martyrdom and suffering for the great national causes, and an enormous helping of melodrama.

If you are not a fan of the last point then you should really not go anywhere near a North Korean Revolutionary opera. There is so much heart-rending, wailing, suffering, and raw emotion on display that it is a wonder anyone can leave the theatre dry-eyed at all! 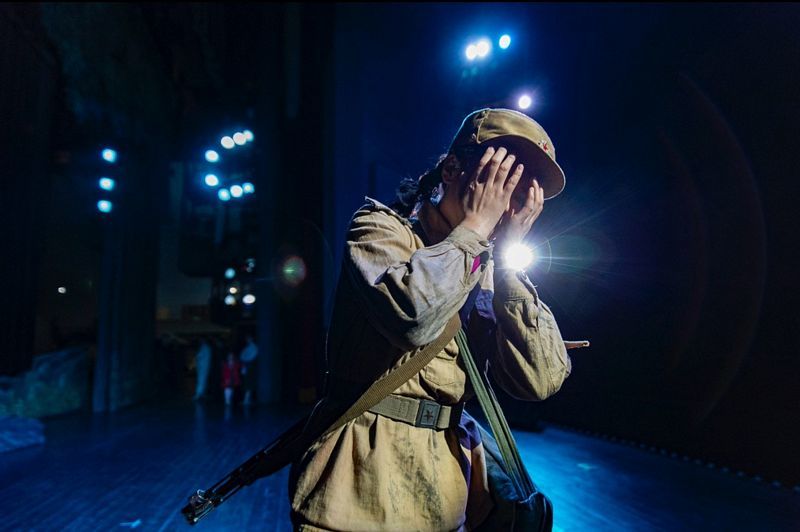 On the Art of Opera

In 1974 Kim Jong Il gave a speech called “On the Art of Opera”, in this he laid out his main principles on content, creation, and so on. This was later published as a book (he did the same for other fields, in “Great Teacher of Journalists” and “On the Art of Cinema” most famously.

Kim Jong Il took a very uncompromising position on the creation of culture; no deviation from the line of being aggressively patriotic, no representation of any humanity or ambiguity in the enemy, mandatory high levels of beauty in the lyrics and music.

The full text of Kim Jong Il’s On the Art of Opera can be read online here. 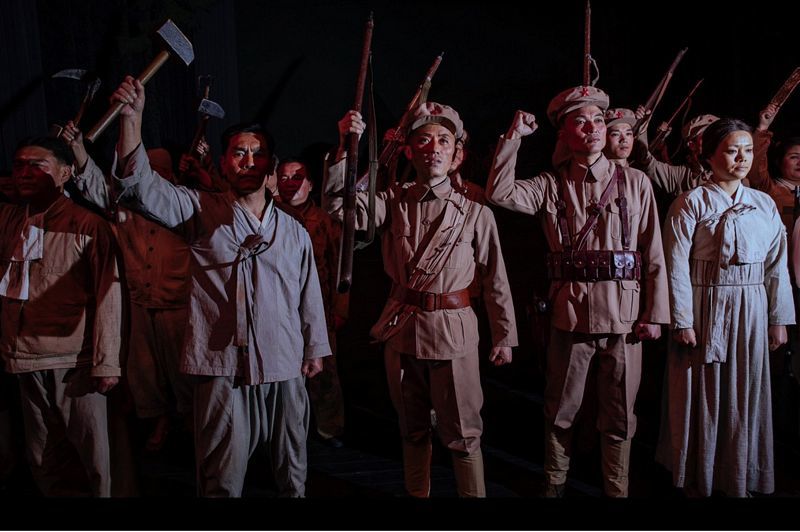 There are five canonical Revolutionary Operas in North Korea. It is often claimed that Kim Il Sung and/or Kim Jong Il were the writers of these pieces, but a more accurate explanation of the roles they are credited with are that the concepts and outlines were established by Kim Il Sung and Kim Jong Il was the overseer who brought them to fruition.

These are the Five Great Revolutionary Operas of North Korea (plot spoilers below, links in the title are to videos of the complete performances);

Sea of Blood – the most famous of the bunch. A family is subjected to an awful life in Japanese-occupied Manchuria until they act to join the guerilla forces taking action against the Japanese and achieve final victory and a bright and glorious future.

The Flower Girl – A Korean family is brought low during the Japanese occupation and one of the girls has to resort to selling flowers (not a metaphor) after the blinding of her sister. An evil landlord is struggled against and overthrown and a glorious future once again emerges in a post-occupation Korea. The Flower Girl was made into a movie which was a colossal hit in the DPRK and is also very well known in China too.

A True Daughter of the Party – A heroic soldier/nurse achieves a kind of communist nirvana as she takes part in actions against the invading United States Army during the Korean War. To become the eponymous ‘True Daughter’

Tell O’ the Forest – A traitor, working for the Japanese for many years, turns out to be a deep-cover agent sent by Kim Il Sung to infiltrate the enemy and is willing to alienate his friends and family for this sacred cause – even driving his daughter to suicide!h

Song of Mount Kumgang – The issue of divided families is a tragic and ongoing one in Korea, with countless thousands of families ripped apart as the division between north and South solidified after the Korean War. Song of Mount Kumgang tells of a reunion after decades apart with the reunited family choosing to live in the North under the benevolence of the DPRK system. 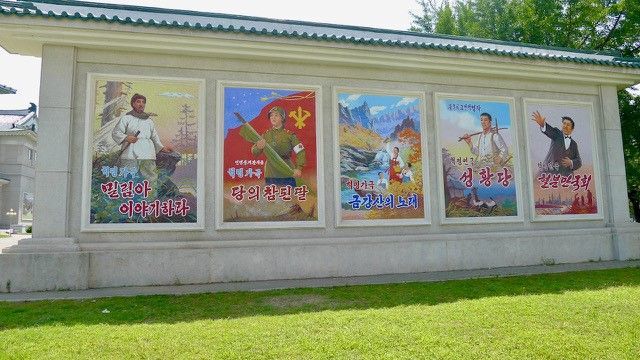 Any foreign visitors who wish to attend a North Korean Revolutionary Opera are advised to check in advance as it is often very unclear when one will be performed.

As there are only a few actual operas the cast tends to not need as much rehearsal time as they would in other countries, and in Pyongyang at the Grand Theatre supertitles are beamed onto the wall in English or Chinese if there are large numbers of foreign guests, so that you can work out what is going on without having to ask your guide all the time.

When these shows take place there is a fee of usually around 20 - 50 EUR.

Almost all foreigners who attend such Revolutionary Operas will do so in Pyongyang, sometimes there are performances at the Hamhung Grand Theatre too.

These shows can be long though, usually 2.5-3 hours each one.

Helpfully there is often a kind of ‘best-of’ version performed, with all the hits and none of the extra bits. These shows run for about 90 minutes and include all the favourite parts of the Five Great Revolutionary Operas, so even if the narrative doesn’t make any sense you get all the top tunes and some of the more melodramatic moments too!

There is no dress code when attending a Revolutionary Opera, not for Pyongyang the fancy gowns and inner suits, save those of the Reactionary Opera!

Top Tip – don’t worry if you don’t know what is going on at some points. The broad sweep is that the suffering of the Korean people under the Japanese or Americans was immense and unfair, that the ordinary people bore the brunt and sometimes wavered, but with complete and resolute faith in their Leader and the Party the inevitability of their final victory was assured, even if it cost many lives and a lot of blood and tears before it could be realised.

So, loyalty is the key message to take on board. 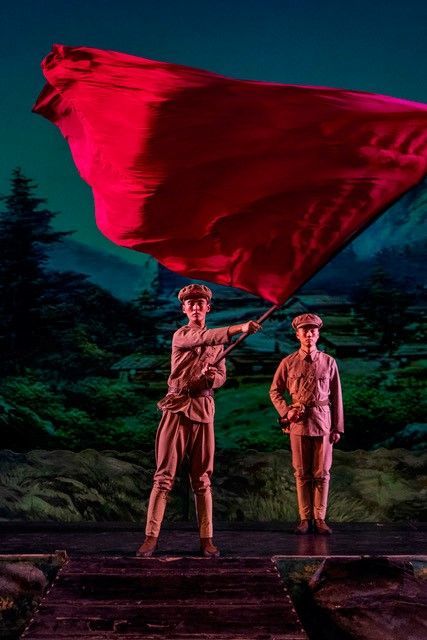