Rason is in the far northeast of North Korea, while the vast majority of the border int his area is with China there is also a small connection by land to Russia. While only a rail bridge links the two states this is still an important physical link to the wider world and is celebrated and marked in this area especially.

Thee are border viewpoints in all three of the countries in this area. The largest being the tower on the Chinese side.

North Korea’s 3 Countries Viewpoint is the most attractive though. This is a Korean-style pavilion on a very windy hilltop commanding a view over the northern tip of the Rason area, the quirky Songbyok Hotel, the town of Tumangang as well as the borders and into Russia and China. 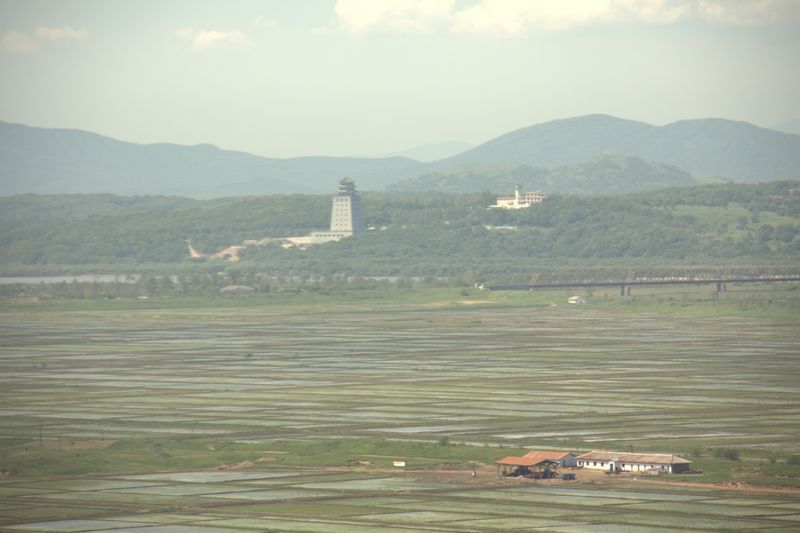 Look at a map and find where Russia, China, and North Korea meet. It is right here!

While not actually on the border itself (which is a river on one side, and a march/swamp on the other, this is right there where they all connect.

Usually visited as the final stop on an itinerary that involves crossing from Tumangang into Khasan in Russia (and then on to Vladivostok), or before heading back to Wonjong Bridge to cross into China (and on to Yanji), this is a great way to close out a tour to Rason, North Korea. 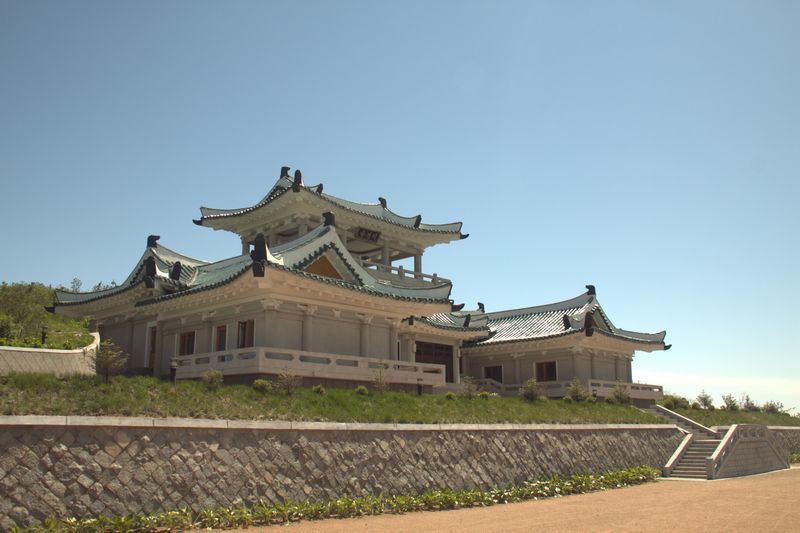 Visitors arrive here by road, a winding path from Tumangang that first stops at the Russia/North Korea Friendship House, a simple 3 room exhibition of photos of various visits to Russia by DPRK’s Leaders and reciprocal trips into North Korea by Putin and Medvedev.

This takes 15 minutes to visit.

Then onwards to the 3 Countries Viewpoint, a 15-minute drive to the top of the hill.

The 3 Countries Viewpoint itself is a pavilion on top of a building, this building is rarely open (so you walk up the path behind it) but inside is an exhibition related to Admiral Ri Sun Shin (Romanised as Yi Sun-sin in South Korea), 16th Century Admiral, inventor of the famed Turtle Boat, and scourge of the Japanese navy. Admiral Ri is a genuine inter-Korean national hero and the Nelson of Korea – although he never lost a battle and never even lost a ship under his command.

Also on-site at the 3 Countries Viewpoint is the Sunjongdae Memorial to Admiral Ri, stone markers explaining his activities in defence of Korea here, housed inside a traditional style temple-like structure.

While winds are strong at the 3 Countries Viewpoint the view itself is excellent and this is a worthy final stop on a DPRK tour before crossing into one of the countries you can see the edge of from this very spot. 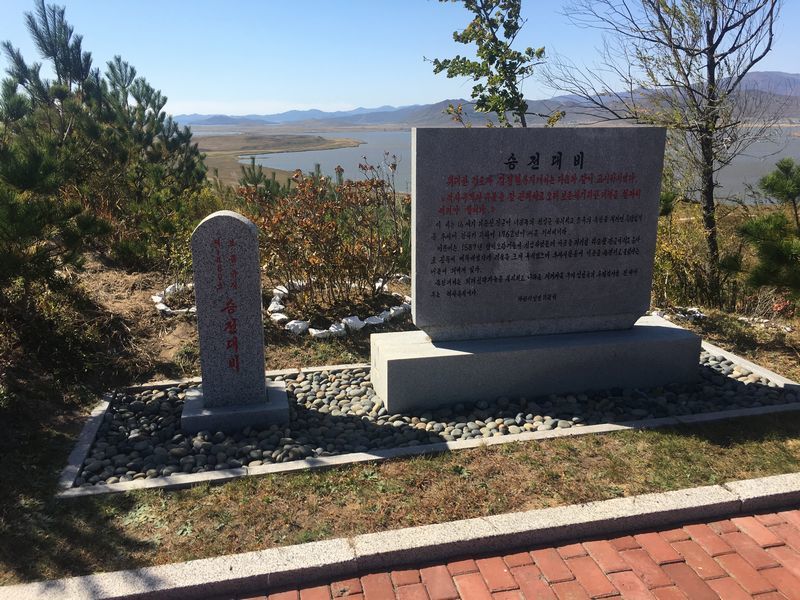