The Day of Songun; one of North Korea's newer holidays and least heard of.

North Korea is home to many important public holidays, many of which see lavish celebrations throughout the capital city and around the country.

Some holidays, however, are less well-known outside the DPRK (North Korea), despite the lavish celebrations inside the country.

A great example of this type of lesser-known holiday is Songun Day on 25th August.

In this blog, we’ll try to explain what Songun is, what it means to Koreans, and how the ideology spawned a nationwide holiday as recently as 2013. Since the 1990s, Songun has been one of North Korea’s guiding ideologies alongside the Juche Idea, which is perhaps more well-known to the outside world.

Songun, officially ‘Songun Politics’, prioritizes the military in all aspects of Korean society and has boosted the importance of the Korean People’s Army in politics, society and culture.

North Korea’s Juche Idea promotes national self-reliance, including national security and defense; for this reason, Songun has become entwined in the national ideology and promotes the importance of projecting military power to the outside world.

Songun is often mentioned in propaganda slogans around the country and gained importance during the era of Kim Jong Il (1994 – 2011) as it began to influence both domestic and foreign policy.

History of the Day of Songun

The Day of Songun is a public holiday in North Korea celebrated on 25th August.

The holiday is celebrated on the anniversary of President Kim Il Sung and General Kim Jong Il’s visit to the 105th Armored Division in 1960. This tank division was part of the main advance from Seoul to Taejon (Daejeon) during the Korean War, and the leaders visit the unit is said to mark the birth of Kim Jong Il’s Songun Leadership.

However, it was not a public holiday during the era of Kim Jong Il’s rule; instead, the holiday was announced on 25th August 2013 and formally ratified as an annual holiday on 26th August, the following day, by the Supreme People’s Assembly.

Since then, much like other holidays, the Day of Songun is marked by mass dance, visits to historic sites and laying flowers at monuments dedicated to the leaders and the military. 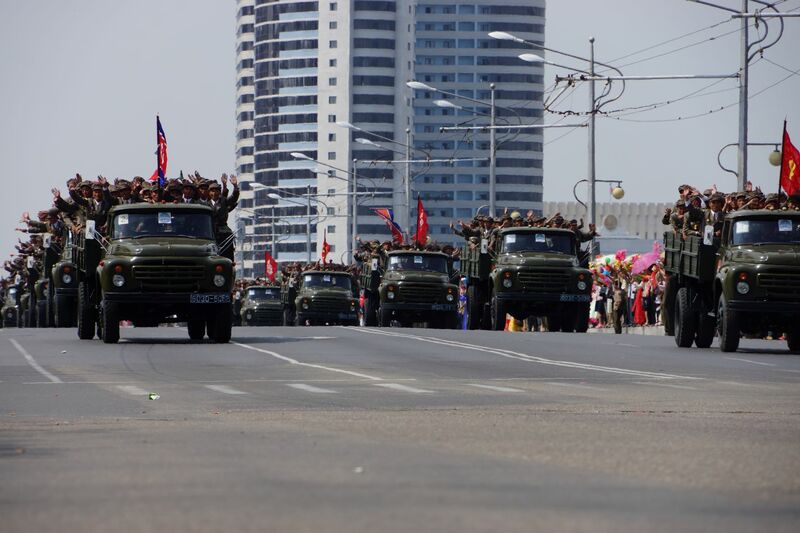 North Korea is a hotbed for unheard-of public holidays, with many of the official holidays being entirely domestic. While we in the west might think of Christmas as the primary annual holiday, in North Korea, the Day of the Sun takes precedence, marking the birth of President Kim Il Sung.

Other major holidays include:

These holidays are often marked by local celebrations and make for the perfect opportunity to visit North Korea and join in the festivities.