The Rason area borders China and is a Special Economic Zone (SEZ). As result trade barriers are lower and there is much more opportunity and incentive here for Chinese businesses to invest and get involved in the local DPRK Economy.

At both the Rajin and Sonbong Textile Factories (there are factories in each of the cities) much of the work undertaken by the all-Korean staff is contract work for Chinese garment manufacturers.

Sometimes local products are made too, it all depends on supply/demand.

Visitors can see what is on the production line on a visit to the Rajin and Sonbong Textile Factories. 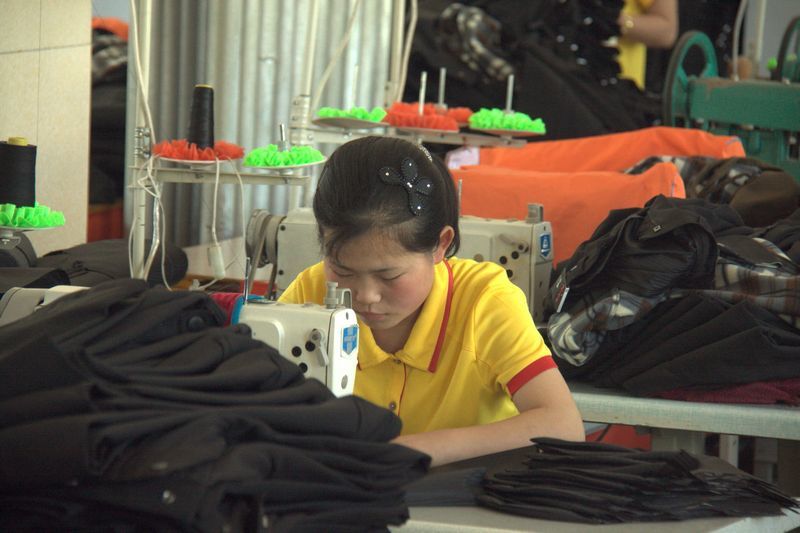 Rajin – in the northern part of Rajin City, still only 10 minutes’ drive from the centre of the city.

Sonbong – Sonbong Textile Factory is at the southern end of the urban city, close to the abandoned heavy fuel processing plant (looks like a power station). 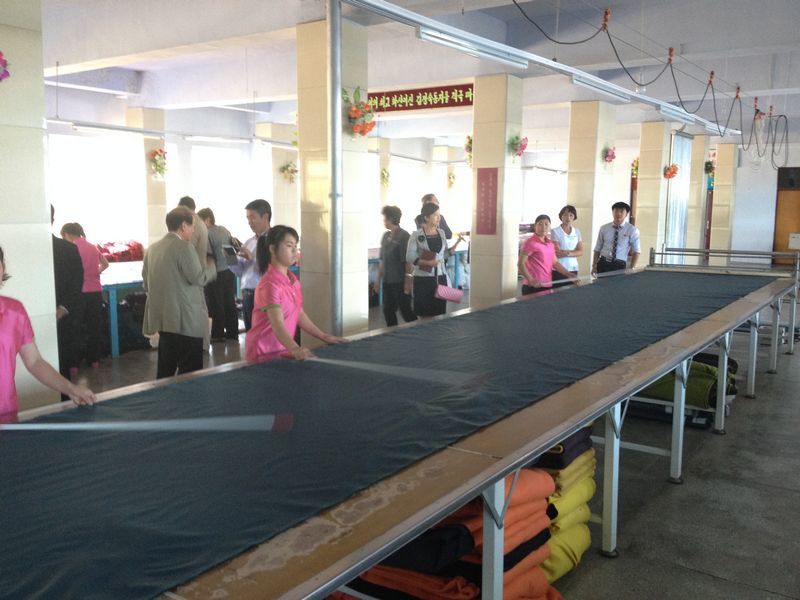 Most visitors to the Rajin and Sonbong Textiles Factories are probably expecting something akin to a sweatshop. Actually the conditions, at least ostensibly, are not too bad at all, with rows of workstations, each usually filled with a woman and a sewing machine assembling various parts of whatever is on the line at that given time.

A local guide will first give an explanation of the establishment of their factory, who gave the guidance to open it, some general stats about the number of workers, staggering level of productivity, range of goods produced, and so on - then the tour begins.

Passing through the various workshops, photos can usually be taken, as long as they don’t interrupt or distract the ladies working here. Sometimes photos are forbidden in certain areas, this may be due to the presence of a lot of goods that are labelled as ‘Made in China’, or it may not.

Make up your own mind on the spot.

Usually, at the end of a tour to one of the Textile Factories, there is a small showroom displaying some of the range of recently produced goods. It is often possible to even buy something here if you like, a factory discount of course applies and the prices are very reasonable in fact.

Textiles is one of the major industries of many parts of the DPRK, light industry being one of the industries that can take place in urban locations and take advantage of a higher local population for the workforce.

While most cities’ textile factories are off-limits (Kim Jong Suk Textile Mill in Pyongyang being open sometimes to tourists) the chance to visit the Rajin and Sonbong Textile Factories when in this area should definitely be seized, much more interesting that you may at first expect! 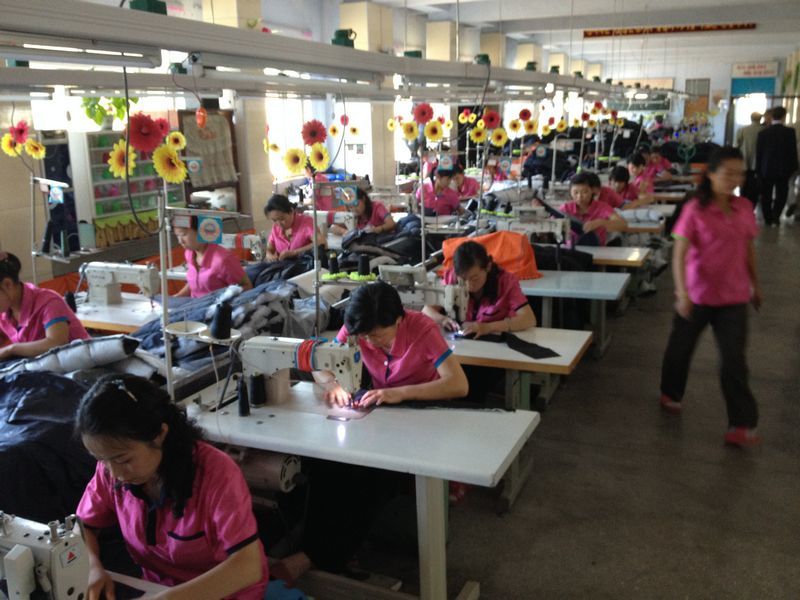