The Pyongyang Catfish Farm is an interesting spot which is open for tourists to visit but still rarely seen. The Catfish Farm is worth a visit for more than just those fascinated by the processing of catfish. At the south side of Pyongyang city, as the urban area gives way to fields and farms. A 15-minute drive from the centre of town.

Entering Pyongyang from the south, via the Reunification Highway it is customary to stop at the towering Monument to the 3 Charters of National Reunification, a great spot to pose for photos in the usually-empty highway.

If you take a moment to look to the east though you will see in the distance the smokestack of the East Pyongyang Thermal Power Station, and if the skies are clear enough you can also make out the blue and white buildings of the Pyongyang Catfish Farm. 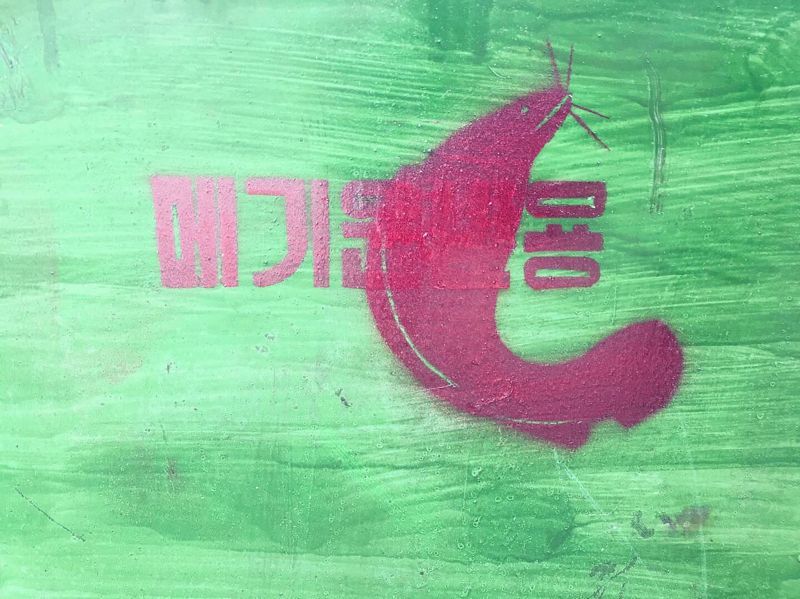 When one arrives at the Pyongyang Catfish Farm, (opened in 2002) the first stop is the car park outside the main building. Here, we also find a very well-done mosaic mural depicting Kim Jong Il at this very site.

This is something that veteran factory visitors in North Korea will be familiar with (there are also such massive mosaics of Kim Jong Il at the Taedonggang Brewery and the Pyongyang Textile Factory, just for a couple of examples).

Photos are permitted by as with all representations of one of the DPRK leaders guides will ask you to take care not to cut the image at all in photos taken here.

One of the farm managers is usually on-hand to give a tour. The tour includes the fish food production facility, the many outdoor ponds (up to a hundred of which may be in operation), which teem with fish, especially at feeding time, and a look into all the background and stats of the factory and production.

They tend to be well-equipped with the facts and background to the farm and the catfish industry in general and present it in an interesting way. It's not just a load of figures, there is the actual story of innovation here for those interested to hear it.

East Pyongyang Thermal Power Station is right next door. As this plant produces steam in abundance, the fish farm is well placed to get very cheap power and steam. As a result, they are able to produce a good quantity of fish and also power the deep freeze rooms needed to keep their produce between farming it and shipping it out to shops and restaurants in the capital (each province now has a catfish farm, so the products of this one stay in Pyongyang and the surrounding areas).

The freezer rooms are of course freezing, and while mostly what you see in these are walls of large bricks made of frozen fish, they also keep some examples of the more massive individually frozen catfish on hand, which are good for photos. 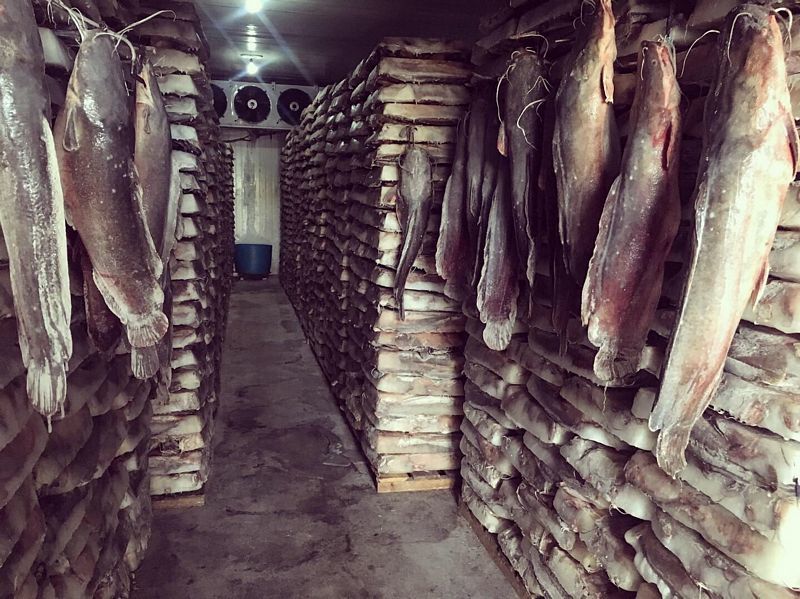 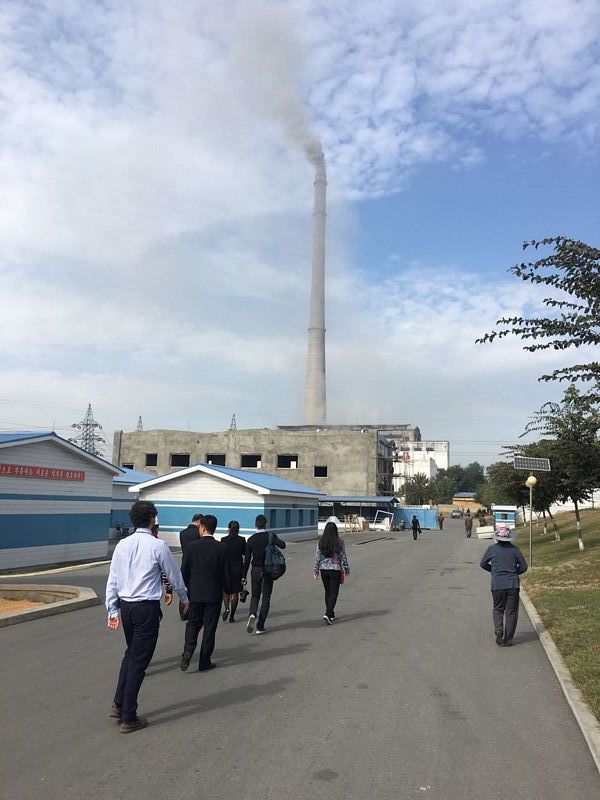