Pochonbo is the site of a crucial battle in the history of the liberation of Korea from Japanese occupation.

Visiting remote and sacred Mt. Paektu is a rare treat for visitors to North Korea, and for North Koreans too.

Despite being one of the most revered places in the country (and also the most scenically stunning) it is far away, a pain to get to, and most will see it only in endless representations through the media; both factual and fictional.

When up at the mountain though there is not just natural scenery to experience, there are also a range of other places.

To North Koreans, one that resonates deeply is the Pochonbo area, the site of a crucial battle in the guerilla struggle against the Japanese occupation, and perhaps the earliest event that cemented the leadership credentials of Kim Il Sung. First, you must reach the Mt. Paektu area - by plane from Pyongyang.

Then it takes around an hour to drive along the bumpy roads from Samjiyon City (the main settlement in this area), and around 40 mins from Hyesan (a border city with a crossing to China open to Chinese but sadly not to other tourists).

In brief, the Battle of Pochonbo was fought from 3-4 June 1937 by a unit from the guerilla army, who crossed into Korea from China, crept through the forests, rested beside Samjiyon Lake before starting their final advance (this is now the site of the incredible Samjiyon Grand Monument).

The story goes, after nightfall Kim Il Sung himself fired the first shot and a couple of hundred of his men flew into combat against the Japanese troops occupying the local police station and various other buildings in the town, fighting as berserkers infused with revolutionary spirit the Koreans were able to rout the enemy and occupied the town until the next day when they withdrew, having bloodied the nose of the previously-invulnerable Japanese.

News of the battle spread and Kim Il Sung became a wanted man to the Japanese and a hero to the resistance movement and Korean patriots.

This is a crucial event and is taught to every single North Korean from a very young age, it is something everyone in the country knows about, even if it remains largely obscure in the wider world. 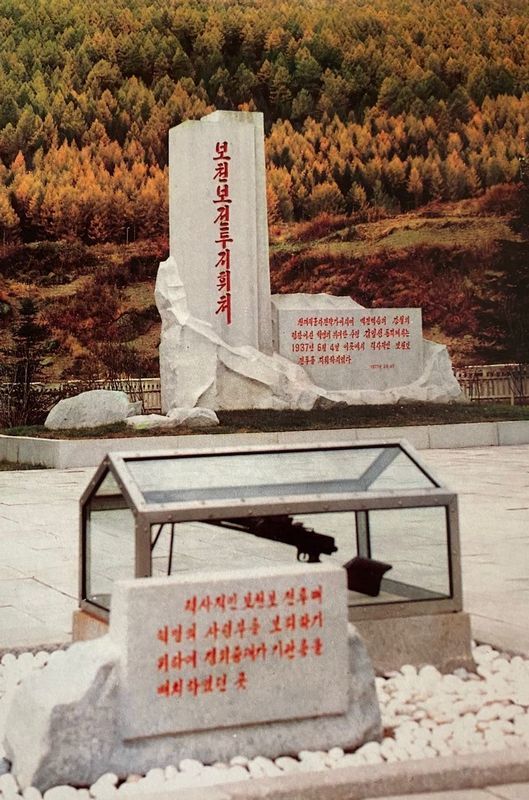 The Monument to the Victorious Battle of Pochonbo is an impressive one.Aa giant red flag surrounded by a stream of bronze fighters, led of course by Kim Il Sung, guerillas from all sectors of the populace are present as well as local agitators and supporters, meant to show the breadth and depth of popular support for the armed liberation struggle.

If you have seen the Mansudae Grand Monument you can imagine that the Pochonbo equivalent looks a bit like one of the side-monuments next to the Leaders' statues, but on a larger scale. A long drive but worth it for both the monument itself and the stories guides can tell of the adventures in this area on the way there.

That’s not all, though.

The Pochonbo Revolutionary Battle Site itself can also be seen. Some buildings from that time remain, including the battle-scarred police station. A stone marks the spot where the victorious Kim Il Sung gave a rousing speech to the local populace after the victory.

Even though this may be a piece of history the visitor is hearing for the first time it is still a stirring one (as uprisings against occupational powers tend to be), plenty of derring-do, swashbuckling, sacrifice, band-of-brother elements, and much more.

It is difficult not to be touched by the fact that this is still an emotive subject, even if some elements are subject to scepticism overseas; this battle was reported in some international media even at the time, so while some may quibble over details the general gist you will hear can be considered legitimate, enjoy the experience of this historical battleground! 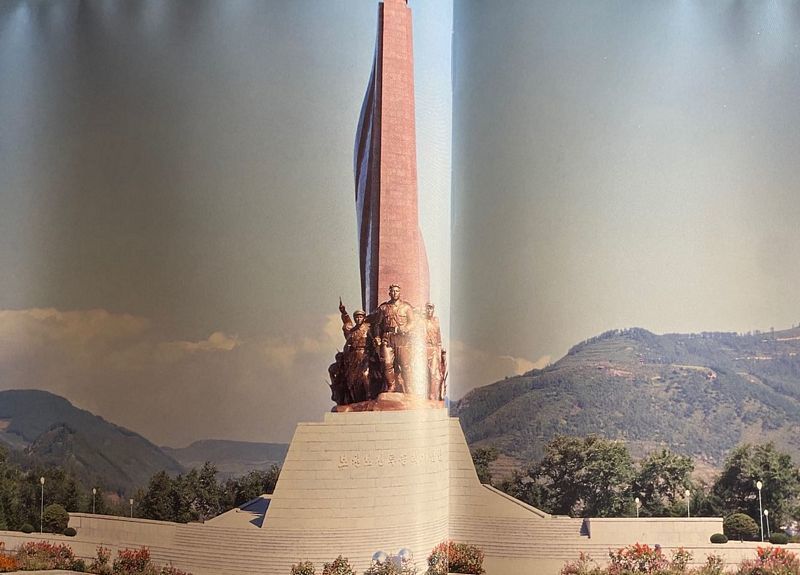 Although they are not from here, the Pochonbo area gives its name to the most prolific of North Korean bands, the Pochonbo Electronic Ensemble. Having released around a hundred albums, of standards, their own songs, and many a rousing patriotic chorus, this group, made up of dozens of performers over the years, are widely loved in North Korea and have provided the soundtrack to most people’s lives in many ways.

They even toured the world (well, Japan), and when in the DPRK an investment into one of their albums would make a good purchase as a souvenir.

Check out their subtle and understated pro-DPRK tune ‘My Country is the Best’, with its amazing video.