If you're a fan of Korean food - look no further. 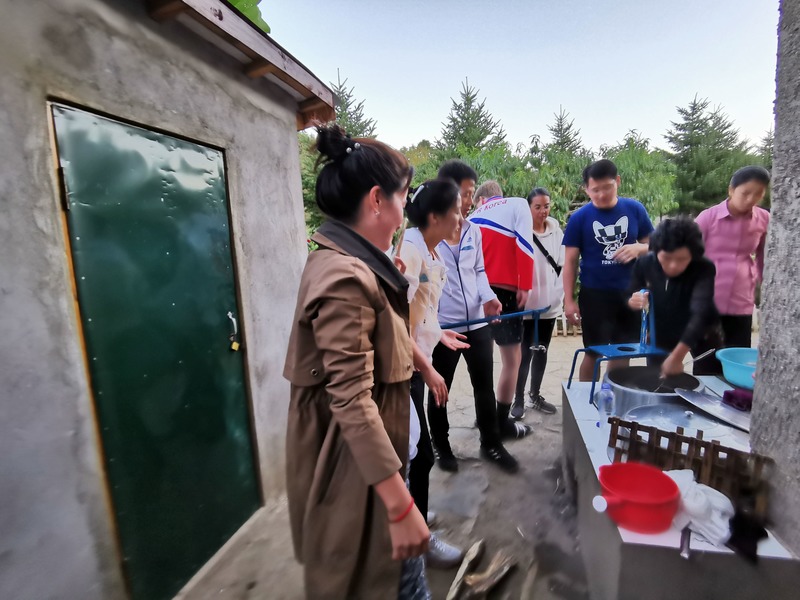 The cooking class itself takes place at one of the houses in the homestay.

Outside the house, you will learn to cook North Korean food.

Afterwards, you can eat the North Korean food you cooked in the family's home with the family! 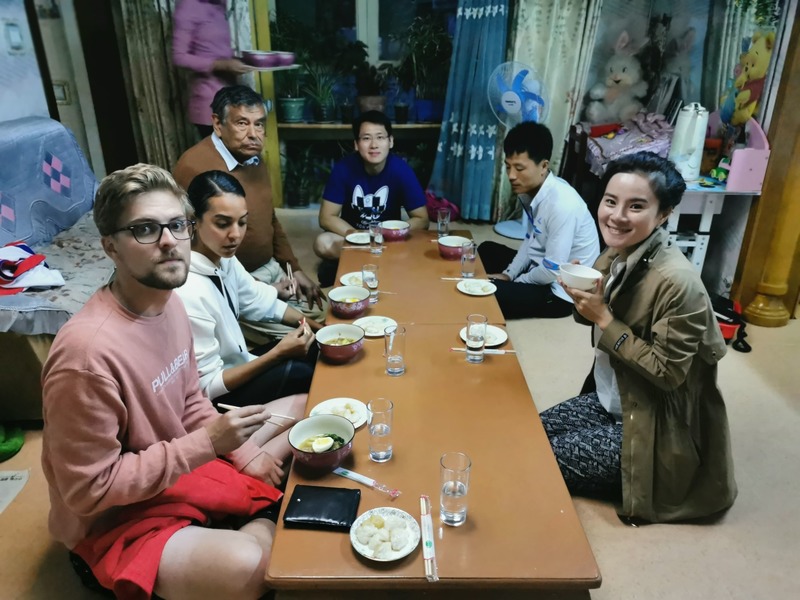 You will cook in the local North Korean traditional style.

On-hand to teach and help is one of the families that live at the North Korean homestay village.

Since it is done in a very traditional way, it's very hands-on! This means it's great exercise, too.

You will learn to cook two things; cold noodles and rice cakes.

Making rice cakes, or rice pounding is no simple task.

You will probably need to divide this task between a few people.

You pound the rice with a large heavy mallet until the rice becomes sticky and like a cake.

You should pound it over 100 times. 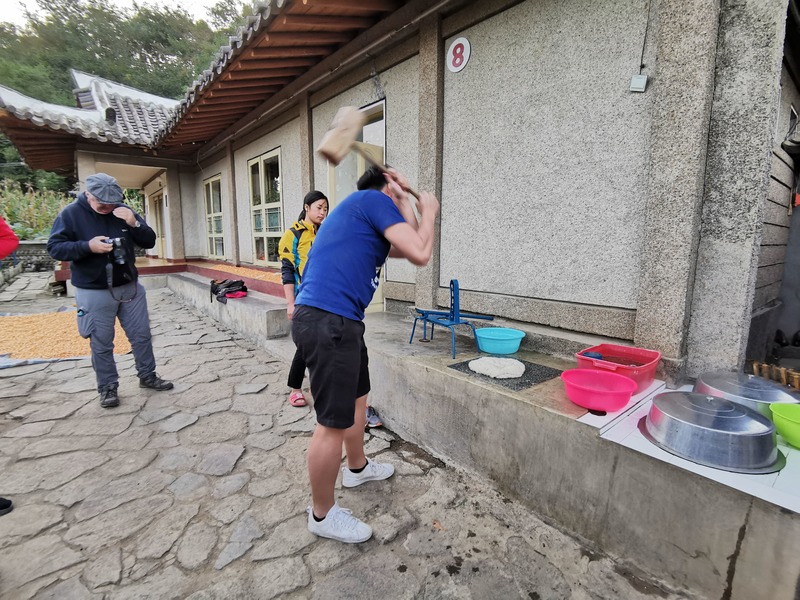 Cooking the noodles involves making the dough, then press this through a press into a vat of boiling hot water to cook them.

Once pressed through, they do not need to boil for long before they're ready to eat. 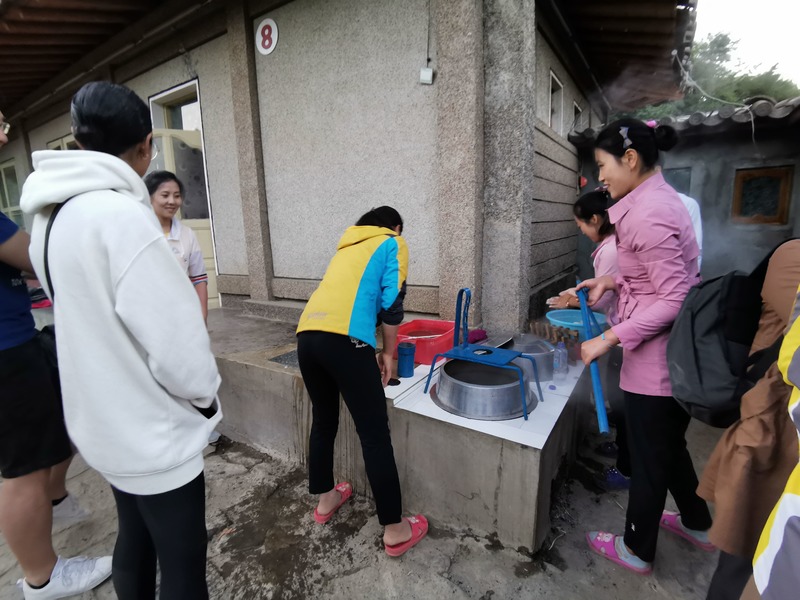