Monument to the decision made at the fork in the road

The Monument to the decision made at the fork in the road is a monument dedicated to a story told in one of President Kim Il Sung’s memoirs.

According to the story, Kim Il Sung was returning home to Mangyongdae in 1945 to see his family when he reached a fork in the road.

One way led to his hometown.

The other, to the Kangson region – an important centre for heavy industry.

He went to Kangson to deliver on-the-spot guidance to the factory-workers and see what could be done about rejuvenating the area in the aftermath of liberation from the Japanese.

He later returned to Mangyongdae. 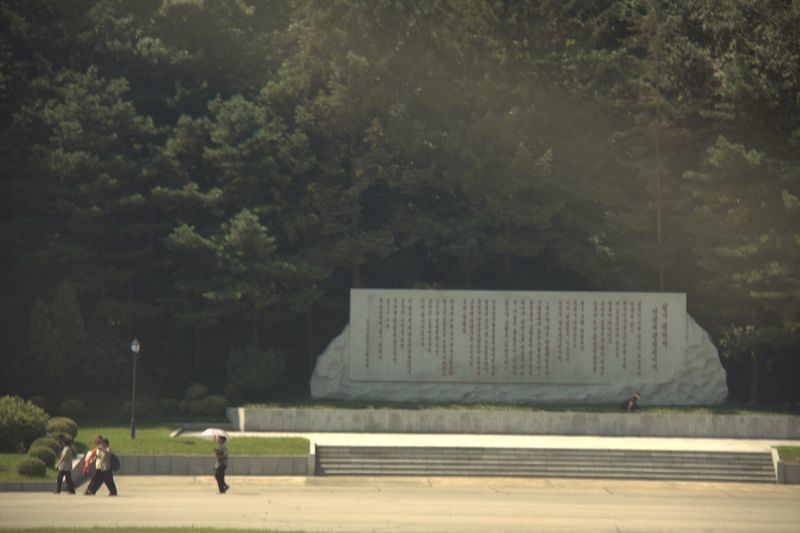 This ‘Journey for National Liberation’ saw him travel north to fight the Japanese occupation in northern Korea and Manchuria.

He would not return to Pyongyang until 1945 after the country had been liberated from Japanese occupation.

The Arch of Triumph in Pyongyang is dedicated to this struggle and is appropriately emblazoned with the dates ‘1925’ and ‘1945’ – the years of the President’s departure and return to Mangyongdae.

The Monument to the Decision Made at the Fork in the Road, along with many revolutionary sites across the country, chronicles the story of the country’s founding.