Introduction
History
Highlights
How to visit

Turkmenistan is one of those places which is both new and old; achieving independence only in 1991 (from the USSR, following a century of Russian dominance).

Yet, through the millennia some of the greatest civilisations have either existed on her land or passed through in the endless paths of trade and war.

Some of the relics left behind by these empires still exist and one of the very best places to go and visit one, in particular, would be the UNESCO listed site of Konye-Urgench.

The city is situated in the far north of Turkmenistan, Dashoguz province, just a few km from the border with Uzbekistan. 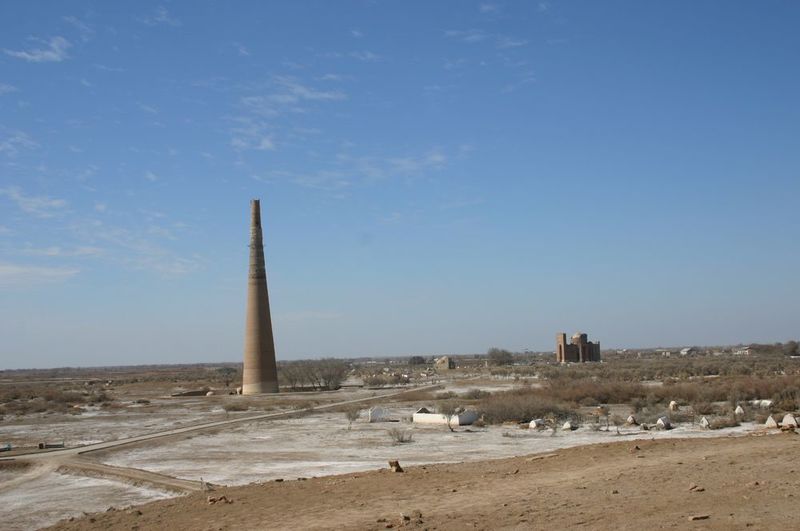 Founded probably sometime in the 5th Century BC the city grew to become capital of the state/region of Khorezm.

Khorezm was part of the larger Achaemenid Empire, Persia basically; the then-largest empire the world had ever seen.

Alexander (the Great) and his lads came through, making this part of the Seleucid Empire, and it changed hands a few more times but remained an important bit of urban area to hold onto for any aspiring regional bossman.

Things lasted this way until the Arab invasion in the 8th Century which swept all before it and introduced Islam to the region too.

Konye-Urgench then became more prominent in the days of the Silk Road as communications and trade lines became more viable and crisscrossed Central Asia, bringing wealth and proto-globalisation to the region.

With wealth and influence come jealous eyes though, and Konye-Urgench was sacked and destroyed by successive giants of the region; Genghis Khan’s Mongol Horde showed up in 1221.

The Mongol army demanded surrender, were met with a polite no, and promptly used the dam which irrigated the area as a weapon of war, flooding the city and then predictably massacring most of its inhabitants.

Konye-Urgench staggered back to its feet though.

Ibn Battuta was very complimentary about its beauty and value when he visited, but he was a little too early to be there when Timur showed up, razed the city (apart from the bits that were too hard even for him to raze), flooded it again, and built a pile of skulls (as he had a tendency to do, his signature move really), he also made off with all the artisans, craftsmen, academics he admired and they got new jobs at the court or Timur in Samarkand.

This was more or less the final blow for the peak era of Konye-Urgench.

Once their predecessors have become part of a pile of skulls it is hard to attract the philosophers, architects, professors to come back again.

The irrigation system was done for, the buildings were almost all gone, and Timur had planted Barley in all the good land, thus ruining it for other crops.

To while people remained living here until the 1700s the glory days were over and the city had become presumably just a place where locals complained about how they used to be the jewel of the Silk Road while munching their morning Barley.

A new city named Urgench was built and people moved there, it is in present-day Uzbekistan, and the site we know and love fell into even more disrepair until archaeological work began in the 1920s, it continues to this day. 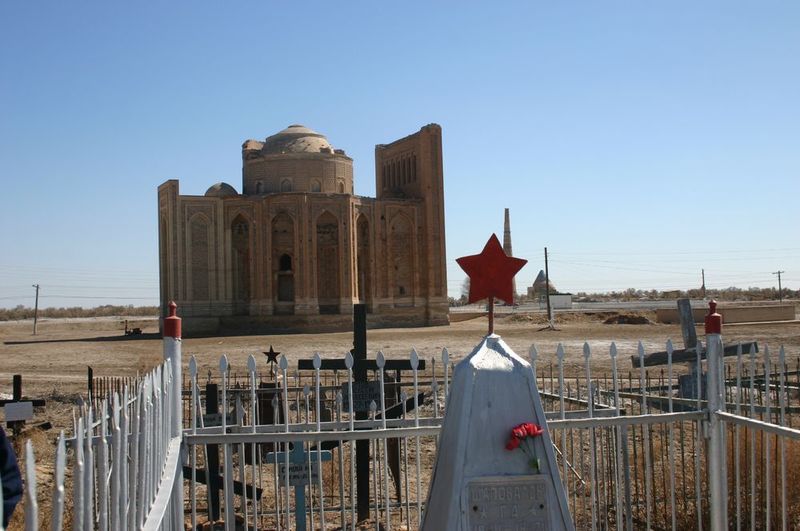 K-U is a large area but is still very much walkable.

Despite being properly ravaged by some of the great ravagers there are still significant ancient structures extant. Here are a few of the ones you should be sure to get to; 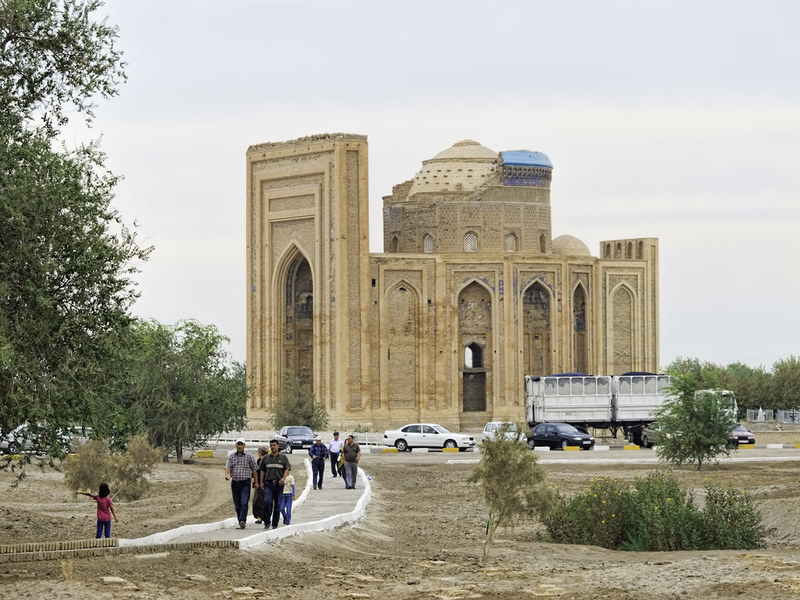 The nearest city and airport in Turkmenistan is Dashoguz, around 90 mins away on fairly decent roads.

Konye-Urgench is also close to the Uzbekistan border and a trip to either Nukus or Khiva can be done in just a few hours (including the border crossing) as an option to start or finish a trip to Turkmenistan.

The nearest hotels are in Dashoguz as there are no overnight options onsite at K-U.

See our guide to Dashoguz for options in that city.