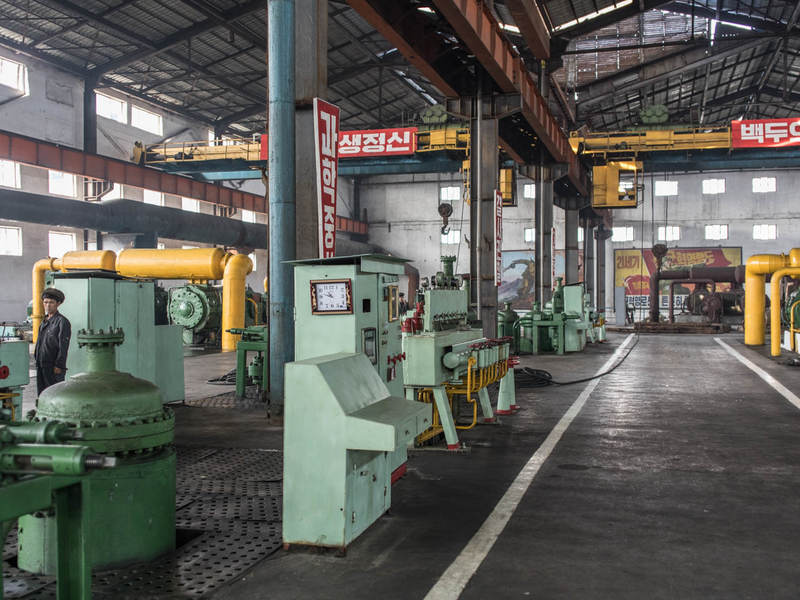 It is located a short drive southeast from Hamhung on the east coast of the Korean Peninsula.

It is part of a larger chemical factory complex in the area that also includes the Vinalon factory (a locally engineered clothing material made using lime) and even has its own train network to allow workers to move around.

You will pass the factory on the way to the Majon Hotel and Majon Beach Guesthouse.

Visits are possible, but sometimes the factory becomes unavailable without warning or reason.

Each visit is different, but tours of the factory may feature the museum, one or two of the large factory rooms, packing areas, loading bays or the factory grounds.

The factory is great to visit as it has a lot of history and while it has received some minor renovations in recent years, it is still in a state dating back to the 1950’s/1960’s which makes it great for photography. 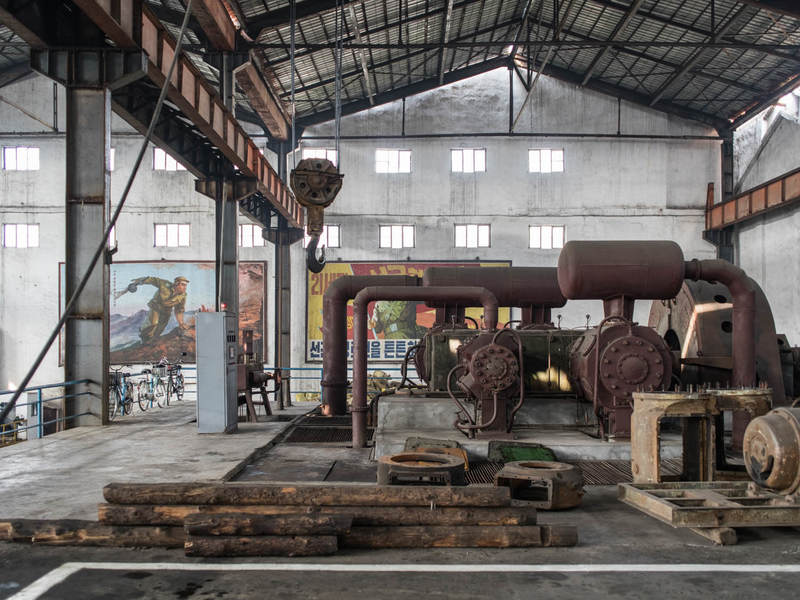 There is no cost to visit the factory nor does the factory have any souvenir or snack shops.

If visiting on a private tour it is recommended to give the factory guides a carton of cigarettes as a thank you for their time. On a group tour your Tour Leader will take care of this. 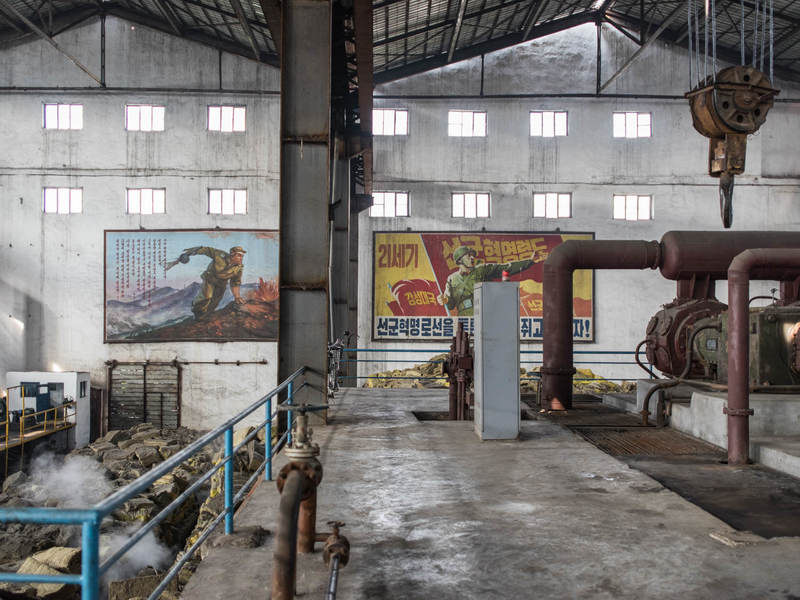