The Central Korean history museum was opened in the Moranbong district in Central Pyongyang in 1945 and moved to Kim Il-Sung Square in 1977.

It is housed in one of the neo-classical buildings that line two sides of the square. According to official figures, the Museum spans over 10,000 m2 split into 19 halls with over and contains over 4,000 objects/

During the Korean War, the contents were moved to 1945 Moran Hill and other sites for protection from aerial bombing. This included the fragile ‘Lolang Basket’ that miraculously survived (lacquer bamboo basket with paintings of the Han Dynasty period).

As well as individual objects behind glass vitrines are various mock-ups such as the Tomb of Tangun.

The legendary King of Korea, as well as supposed evidence of his existence.

The museum covers the period from the old Stone Age to the March First Popular Uprising in 1919. The remains and materials of the primitive age are displayed in order of age-the Old Stone Age, the New Stone Age and the Bronze Age. Woven into the exhibition are politicised didactics on the countries struggle against invaders, oppression and revolution.

The museum is open to locals and tourists, taking photos inside the museum is prohibited. 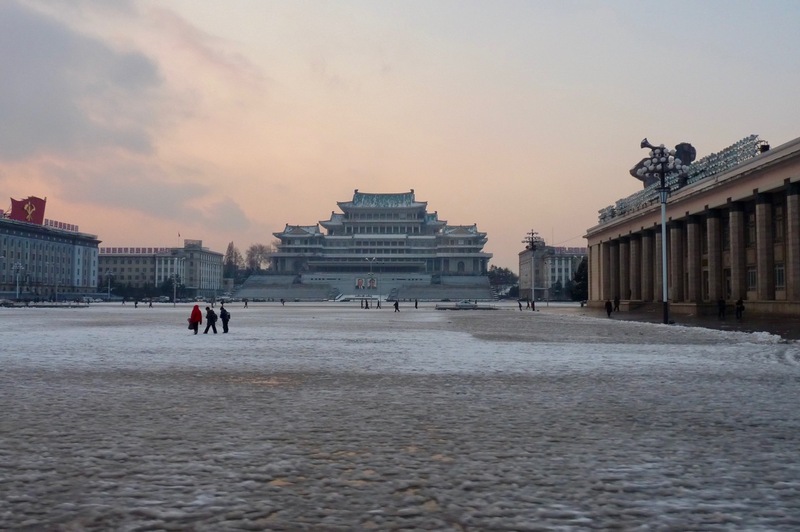 There is a small shop where various ceramics and celadon are for sale, it appears to be relatively old but don’t think you are picking up the equivalent of a Ming Vase there.

In the same building but not accessible unless you go from the outside is the Sacher Coffee Shop.

The building is recognizable by the large propaganda sign of the bugler and Mount Paekdu attached to its roof.