King Tangun (also Romanised as Dangun), is a crucial figure from Korean history and mythology, known and venerated in both north and south.

His story starts in the distant past, involves anthropomorphized animals, ancient chronicles, political significance, and much more. 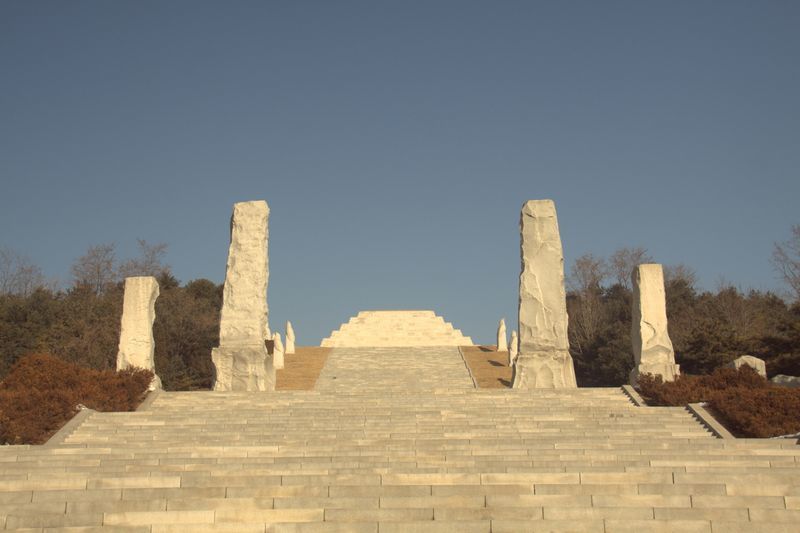 Tangun is known as the founder of the first Korean state; Ancient Choson (Gojoseon, in South Korean Romanisation).

He was more than just a man, and describing him as a God-king would be more accurate.

His early history begins with a story of a bear and a tiger (seen by many to represent different tribes of the time) who prayed to the son of the king of heaven, who was roaming the land at that time, to become human.

They were told to go into a cave and eat nothing but mugwort and garlic for a hundred days.

The Tiger couldn’t hack it and left, the Bear made it to the end and become a human woman. In great gratitude she became the wife of Hwanung (the son of the king of heaven) and gave birth to a child: Tangun.

On ascending to his kingly birthright, Tangun founded a capital in Asadal, considered (in North Korea at least) to be near today’s Pyongyang.

From there the glorious history of Korean stars begins.

This was in the year 2333 BC according to a 15th Century chronicle, the Dongguk Tonggam (so, writing 4 thousand years after the ‘fact’). Historians in both North and South Korea have since made efforts to locate the founding of Ancient Choson even further in the past and now some people will claim that the kingdom, and thus Tangun as its founder, dates back to around 3000 BC.

Details of day-to-day life in Tangun’s kingdom are sparse, but then it was a long time ago and records do slip down the back of the historical sofa from time to time, but to this day various festivals and notable occasions, mostly in South Korea, are marked on significant anniversaries related to the birth, ascension, and rule of Tangun. 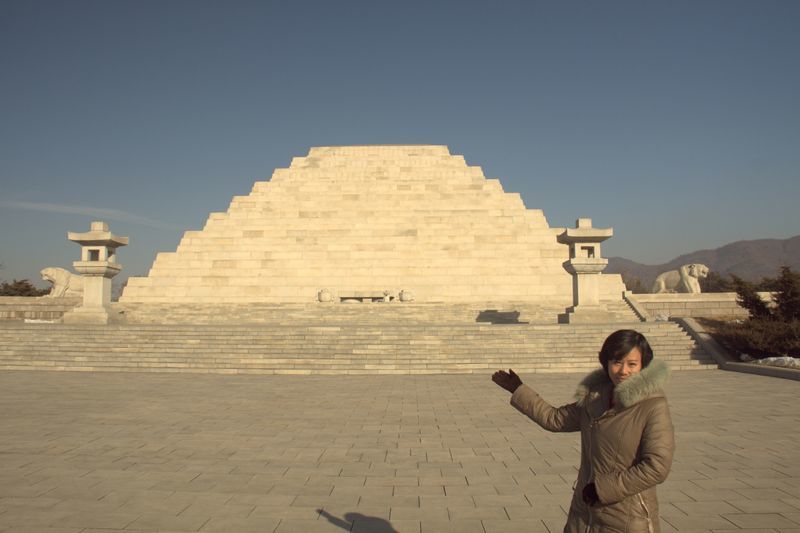 Around an hour from Pyongyang, along a very well-paved road, in an area known as Kangdong, the pyramidal Mausoleum of King Tangun can be found. This is not actually claimed as an original and was opened with great ceremony on 20th December 1994.

The story goes that Kim Il Sung was convinced that Tangun was a real historical figure rather than just a mythical story and that archaeologists were able to locate his tomb in 1993 after a long search. The structure was rebuilt (it is not really clear if the model for how it is now is how it was then) in 1994 white stones (and opened in the year 1994, how auspicious!).

The Tomb of King Tangun itself is pyramidal and rises to 22m high with a 50m wide base. Statues of King Tangun and his sons (also government officers and administrators) are here on-site as well as other minsters. At the opening ceremony, delegations of Chondoists (followers of a kind of native shamanistic religion) were invited from South Korea as well as the broader Korean diaspora and until recently South Korean adherents would go to Pyongyang on significant occasions to visit this tomb 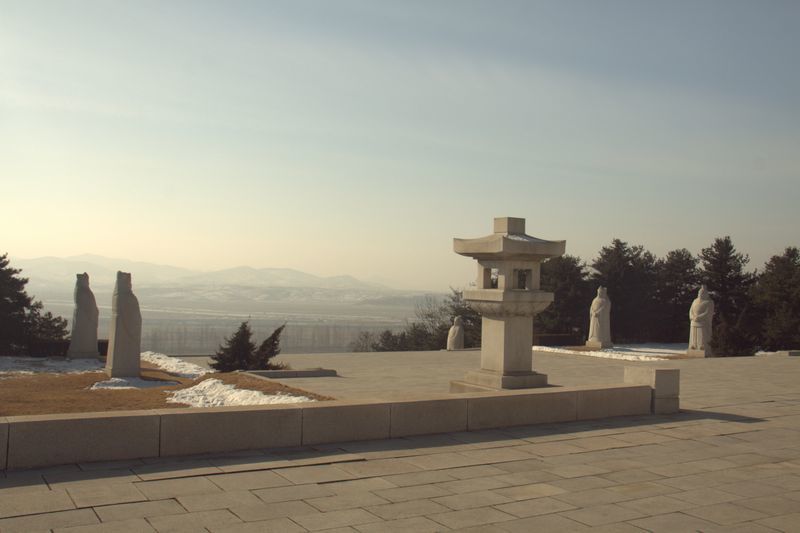 Aside from the obvious architectural numerology of the number of bricks in the tomb one of the main things that the location of this site does today is to add legitimacy to Pyongyang as the capital of North Korea.

If Tangun decided the capital was here, then this makes Pyongyang the real capital, right?

Also, Tangun was born of a bear and a God at Mt. Paektu, the sacred mountain of all Koreans, which is also in the DPRK, and was the site of both the Kim Il Sung-led guerilla struggle against the Japanese, and the official birthplace of Kim Jong Un; both of the ‘Mt. Paekdu bloodline’, a term used for the ruling Kim family. 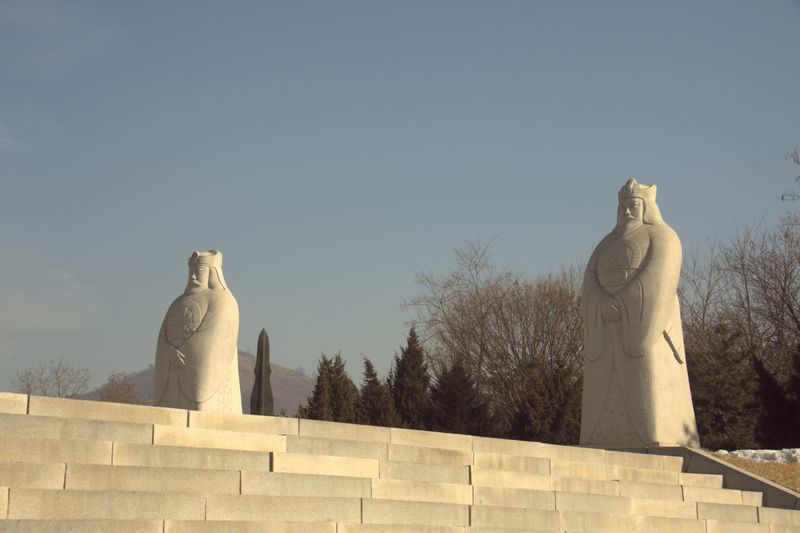 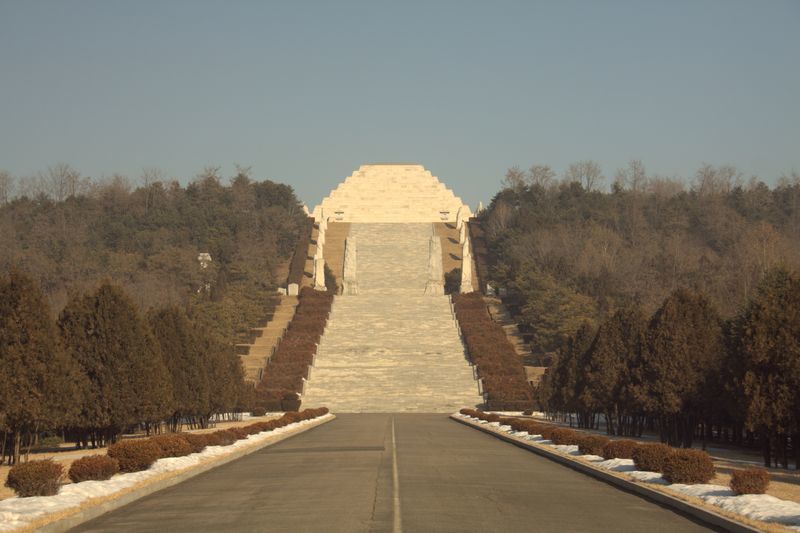