Introduction
What to do in Balkanabad
Accommodation
How to get theree
Anything else?

Balkanabad is the capital city of Balkan province in Turkmenistan (not to be confused with the Balkan mountains in Europe.

Still – to be extra confusing, ‘Balkan’ is the name of the local mountain range in this case also.

As with many modern cities in Turkmenistan it has been known by other names previously;

From its foundation in 1933 it was known as Neftedag (combining the Russian word for oil with the Turkmen word for mountain), then renamed Nebit-dag (same meaning; ‘Oil Mountain’, just all in Turkmen this time) before its final renaming in 2001, simply using the Turkmen words for ‘Balkan City’.

Balkanabad is a small city, easy to get around, and pleasant enough in terms of climate in spring and summer.

As with every provincial capital it has a select number of marble clad buildings (city hall, hospital, library, hippodrome) and the street names are almost all the same as you would find anywhere in the country.

Named mostly for national figures and icons such as Magtymguly (national poet) and Gurbansoltan (mother of the Turkmenbashi, the first president).

As you may have suspected (if so; well done. If not; pay more attention please!) the main industry of this settlement when it was established was extraction of oil from underground.

This contrasts with the main fossil fuel of Turkmenistan which is natural gas. To this day there are still derricks to be seen nodding their way through the days in this part of the country, and it remains a centre of oil production.

While there is a range of different ethnic groups to be found in this city the dominant tribe of Turkmens here are known as the Yomut, one of the 5 major tribes (and thus one of the guls on the national flag is their own) 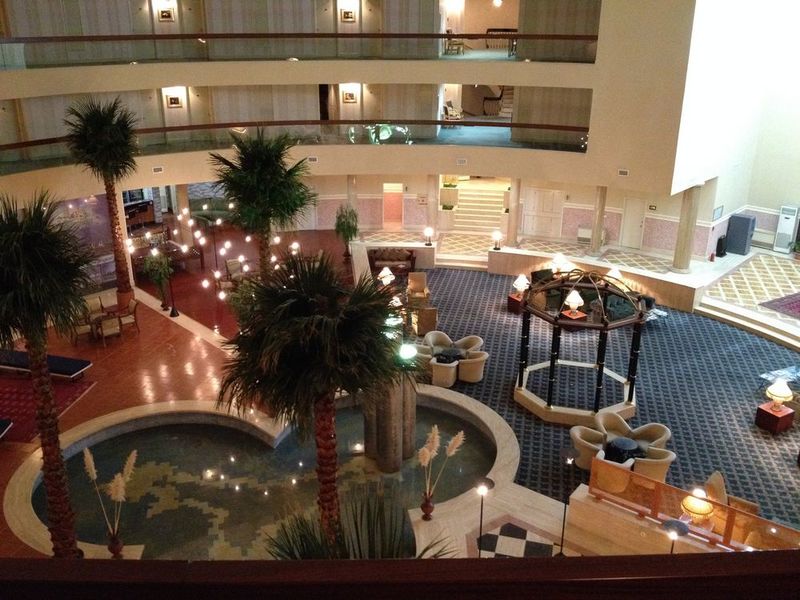 What to do in Balkanabad

To be completely frank there isnt’ a huge amount to do here, it is mainly used by visitors as a stopping point between Ashgabat and the amazing Yangykala Canyons (about 2 hours drive away).

(often in Turkmenistan photos are not allowed in bazaars, here they usually don’t bother enforcing this ban)

There is a very well done statue of a camel and a mix of Turkmen and Russian oil prospectors pushing their way through the desert sands, the “Monument to Desert Explorers”. 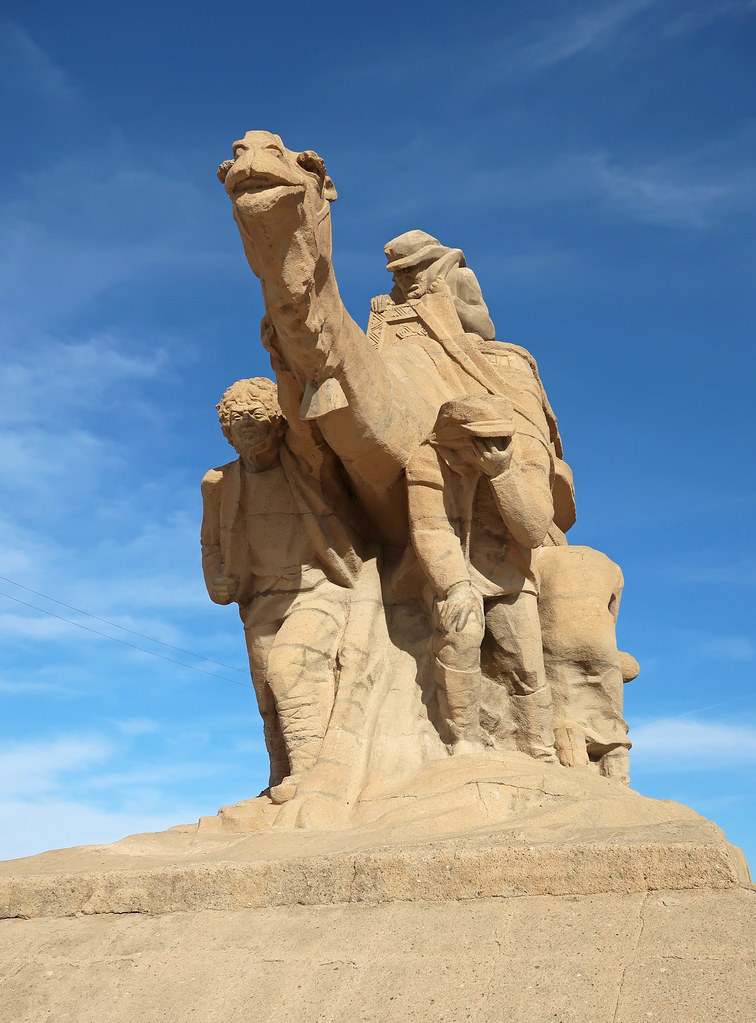 Only really one option here, it is a good one though! Hotel Nebitçi is shaped like a giant yurt, with a great open atrium taking up the majority of space inside the building, the rooms around a circular second floor, bar and restaurant in the lobby, and nice grounds too.

Well worth a visit (even though the Wi-Fi is terrible, assume you will be offline here)

There is a local airport (Nebitdag Airport) which received flights from Ashgabat and some other Turkmen Cities.

There is also a train line (the city was once an important stop on the Trans-Caspian railway).

But the main way would be by road.

Balkanabad is about 4.5 hours drive from Ashgabat on the recently-upgraded M37 highway, about 2 hours from Yangykala Canyons (take 4x4 for this drive), and around 2 hours also from the coastal city of Turkmenbashi 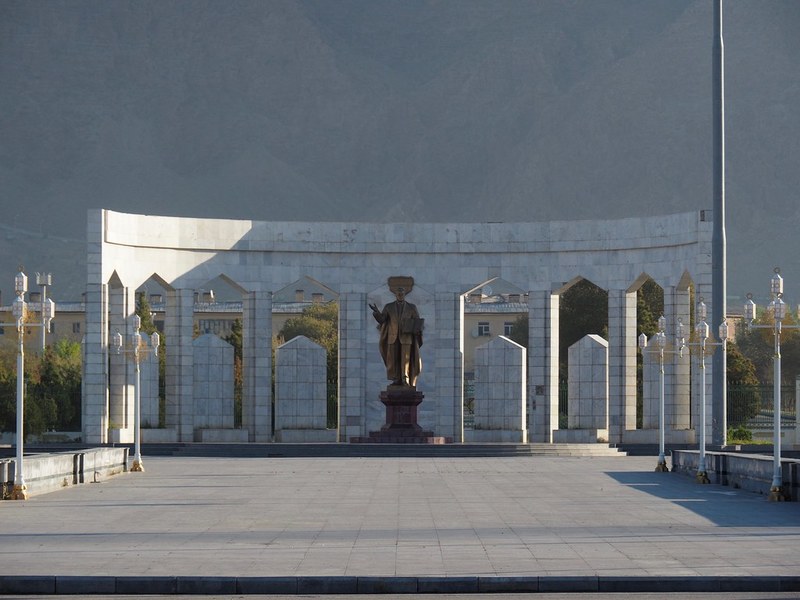 The city is home to the Turkmenistan Higher League (the top level) football team Balkan Balkanabad FC (so good they named them twice!).

They have won the Turkmen league on a number of occasions. If a game is on when you’re in town then it will only cost a few pennies to see them. 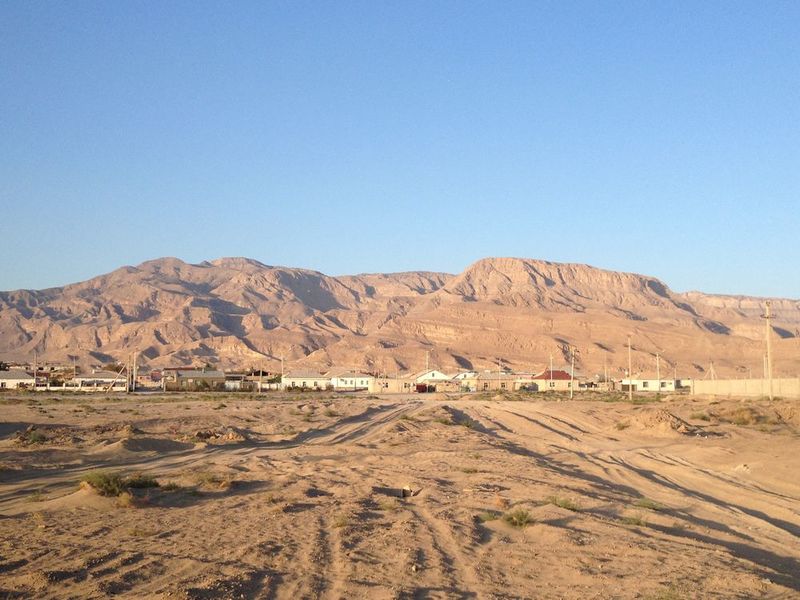