The most unexpected movie event of 2021!

Sound of Music Sequel; Made in North Korea!

In a startling move that could be seen also as a diplomatic breakthrough, news has emerged from North Korea that a sequel to the classic film The Sound of Music has been produced and will shortly be released.

Some major media have reviewed the film positively;

“I have to confess this is not what I expected and I loved every minute”.

While the Los Angeles Times gushed;

“A stunning tribute, the Kumgang Hills alive with the sound of music”. 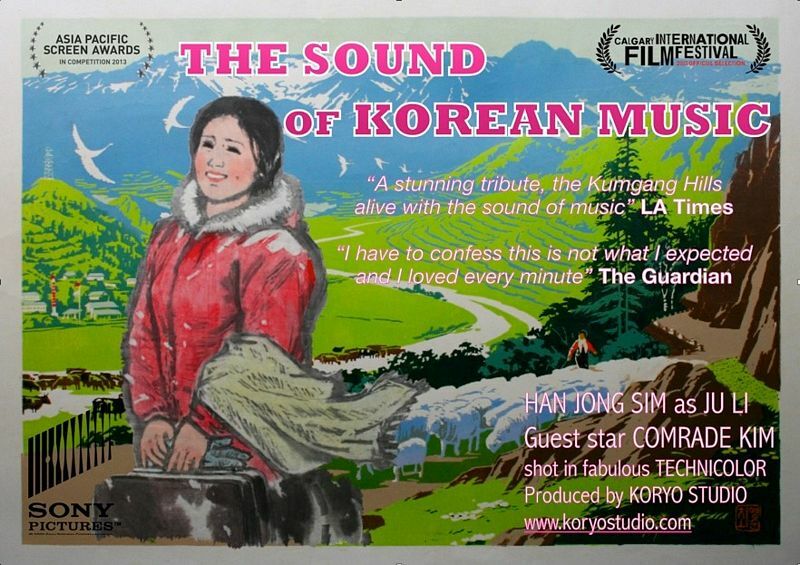 The star of this sequel/remake is Ms Han Jong Sim, last seen gracing our screens in the first and only UK/North Korea co-production Comrade Kim Goes Flying – a movie written, co-produced, and co-directed by Nicholas Bonner of Koryo Tours and Studio.

When reached for comment at his Lake Como villa Bonner replied;

“The Sound of Music has long been one of the most popular western films in North Korea, and most people I know there have seen it multiple times. They find much to reflect their own family experiences with countryside living in the mountains and hills, breaking into song at the slightest inspiration, and of course, families working together under the spectre of foreign invasion”

It remains to be seen whether this film, called in English The Sound of Korean Music (although the direct translation from the original Korean would be more like Tale of a Young Lady in the Kumgang Mountains) will achieve a wider release in foreign cinemas, although its world premiere was at the Calgary Film Festival in Canada.

Perhaps as part of the growing 'Korean Wave' of global popular culture takeover, or on the back of a successful soundtrack release of the charming songs from this most unexpected movie, including such tunes as So Long, Annyeong, Zaijian, Sayonara; The Lonely Goatherd (who isn’t lonely any more thanks to collectivisation); and the sweet ballad How Do You Solve a Problem Like an Ongoing Demand for Denuclearisation While Sanctions Remain Non-Negotiable?

Those interested in learning more about The Sound of Korean Music are recommended to contact [email protected] to speak to Koryo Tours, the specialists in travel and cultural exchange with the DPRK.

And are also recommended to check the date of this press release too...