Red Star 3.0, the version we will be looking at in this blog, has been skinned to resemble an Apple-style computer system with many similarities to the Mac OS.

Naenara is the default browser on Red Star OS, and North Korea’s answer to Safari or Google Chrome.

In North Korea they do not have the internet as we know it, but rather an intranet with sites only available through an internal system.

As a tourist in North Korea, you can get an international Sim Card from KoryoLink that does allow you to access foreign internet.

What is Naenara? What does Naenara mean?

Red Star OS was leaked online a few years ago, so we dusted off an old company laptop, wiped all the probably-not-important data off it and installed the Korean operating system.
Once booted up, the operating system logo appears on the screen as the computer loads up. 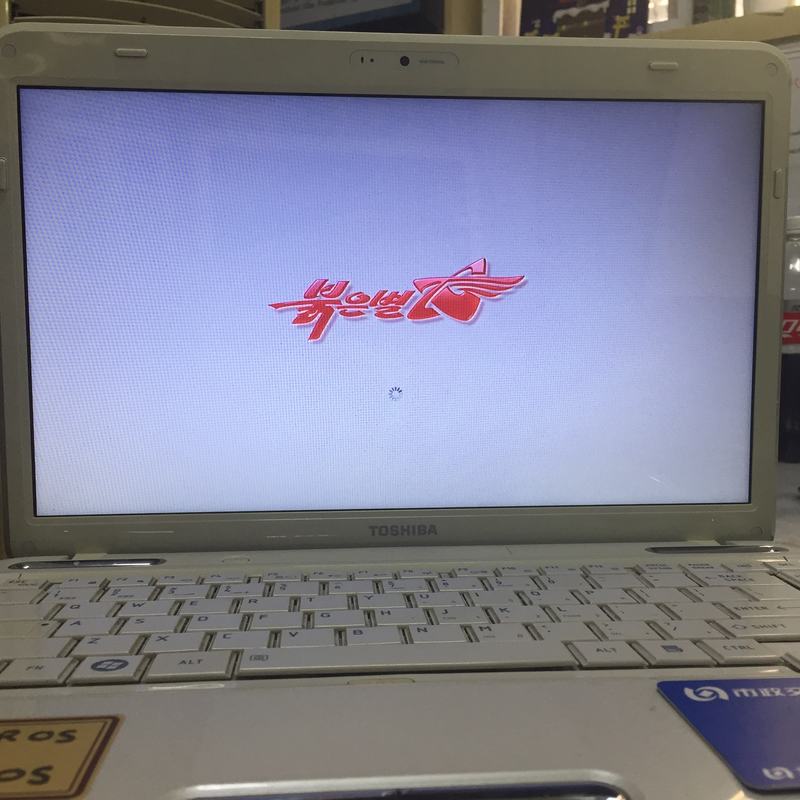 Step 2: Boot up the system

The Red Star OS system then opens up a typical log-in screen. During the install, the user has the chance to create an account and set a password as with any other computer system. On Red Star OS, the initial user account doesn’t have all the administrator powers that a usual account would have, thus limiting the changes that can be made by the user. 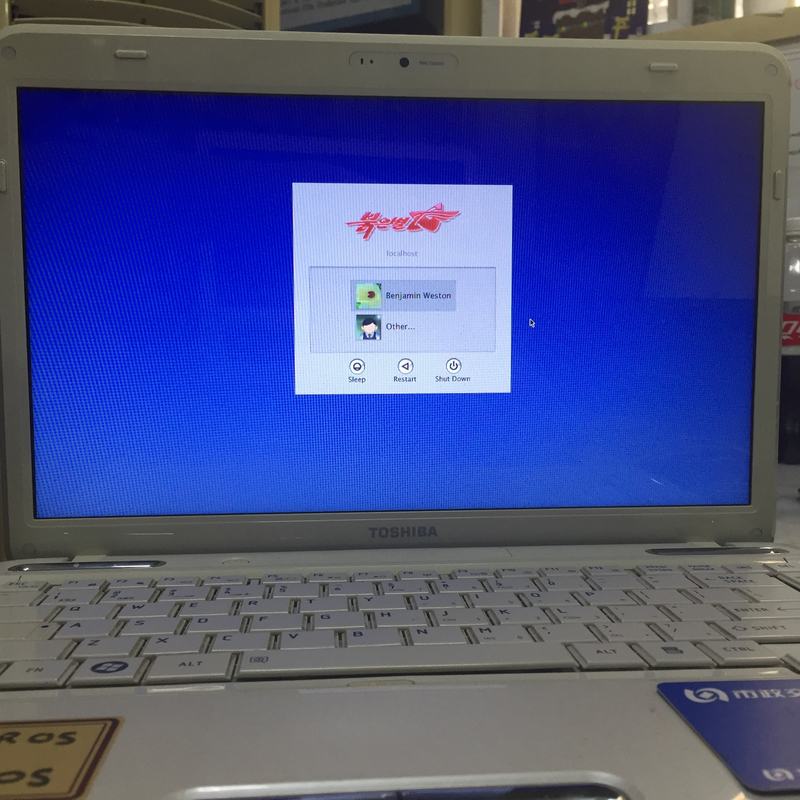 For the purposes of this blog, we found out how to activate the Red Star OS ‘root’ account which allowed us more admin privileges to change the system language. This is set by default to Korean and can’t be changed from within the system.
Once this was done (and we’d made a few other changes for ease-of-use), we were ready to delve into this unique computer system.

First things first, the operating system has a few built-in wallpapers. There are some global standards (the milky way, a butterfly, planet earth etc)… However, there is also a folder labelled ‘SonGun’, a well-known revolutionary term used in North Korea. This folder contains some more DPRK-focused wallpapers including paintings of the Ulim Waterfall, Paektusan, a cityscape of Kanggye (capital of Chagang Province) and artillery guns in the snow, amongst others. For this demonstration, I chose the Kanggye wallpaper, described by the OS as ‘Nightless city onside Jangja river’.
Once you’ve set up your wallpaper – it’s time to start using your computer! 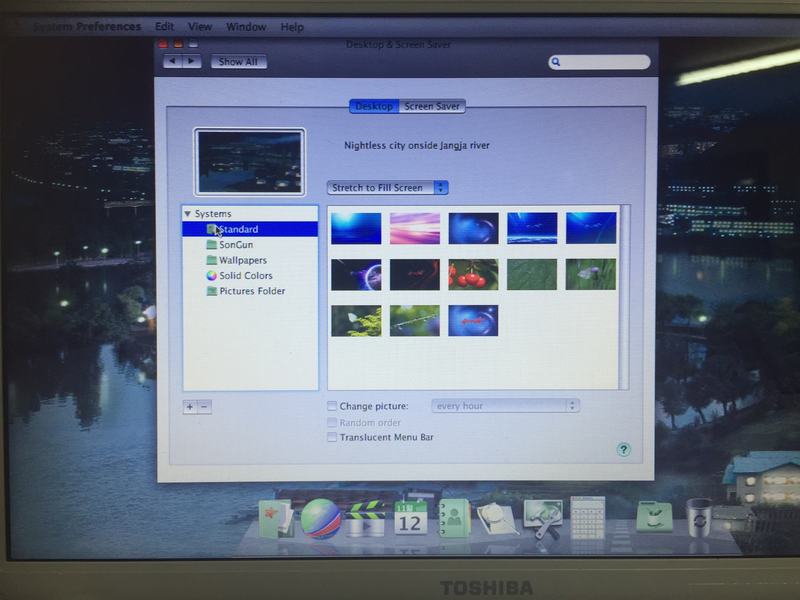 Red Star OS comes with a series of standard features for any OS.

The applications are accessible from the dock at the base of the computer (much like on Mac). These applications include the in-built Naenara browser (which we’ll come to later), an email app, a PDF editor, a photo application, a calendar, a calculator and much more. The system also comes with an in-built word processor (like Microsoft Word or OpenOffice) called ‘Sogwang Office’. 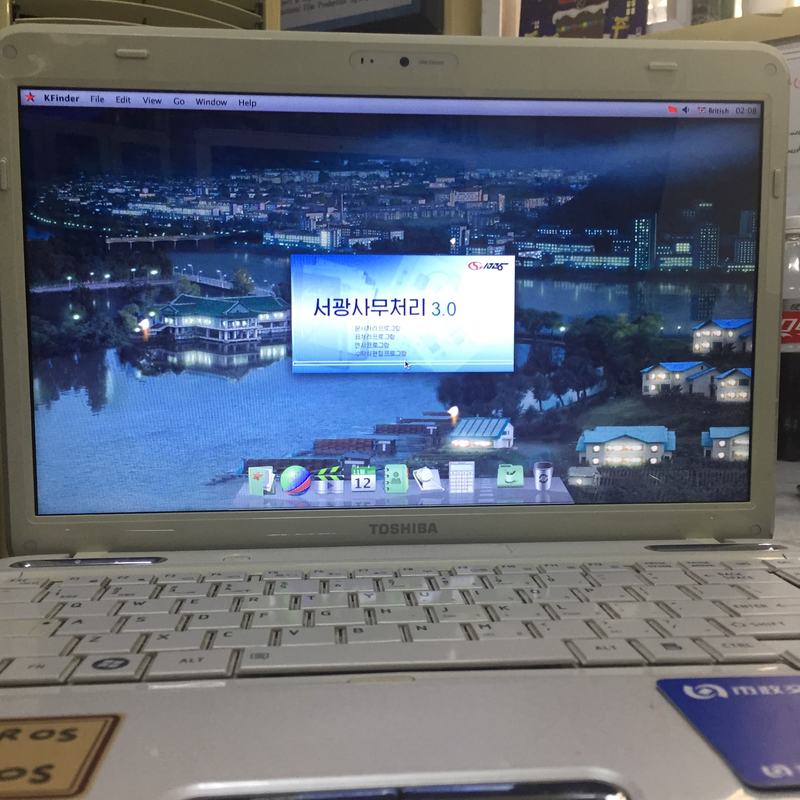 The opening style is similar to OpenOffice since all the applications are contained with one single programme. Whilst many readers may be used to ‘Times New Roman’ or ‘Arial’ as a standard font, Red Star OS offers ‘Chollima’ as the default. This is a reference to the revolutionary winged horse which came to be a symbol of socialist economic rebuilding in the 1950s, the name of which has since permeated through North Korean society and is used regularly. 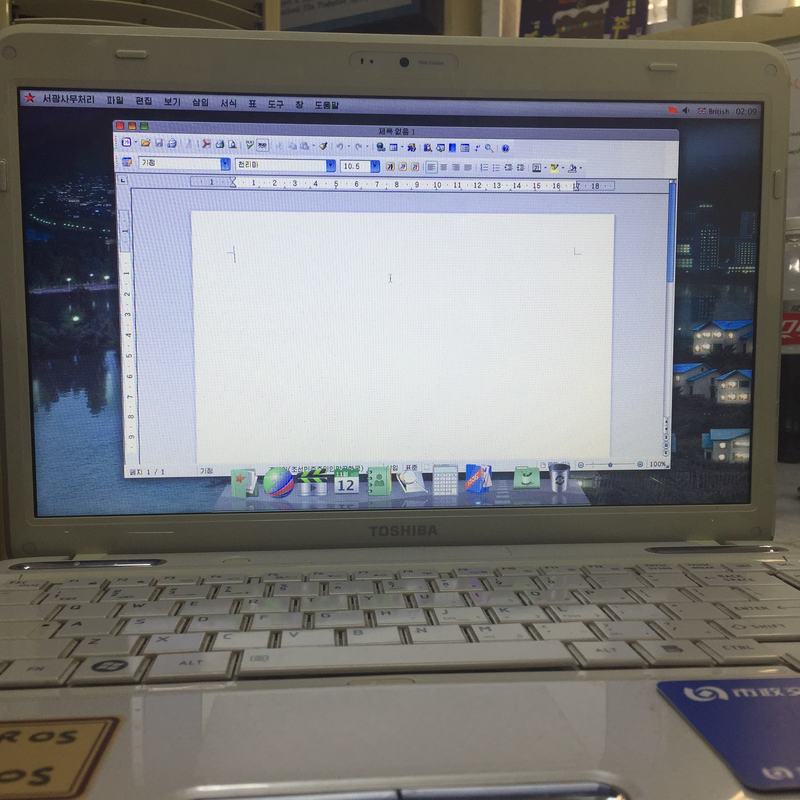 Once you’ve finished setting up Red Star OS and playing around with Sogwang Office, it’s time to get online using the Naenara (My Country) browser. The current version installed as default on Red Star OS is Naenara 3.5, by default the browser attempts to open up to www.naenara.com.kp, the official web portal of the DPRK which is accessible from the outside internet.

The issue with using Naenara as a browser is that the internet in North Korea, known as Kwangmyong, is actually a huge intranet (a closed network) which means users outside Korea cannot normally connect to their sites. Instead, you need to find the website IP address and include that in the URL. The example below is the Korean Central News Agency website (also accessible online normally). 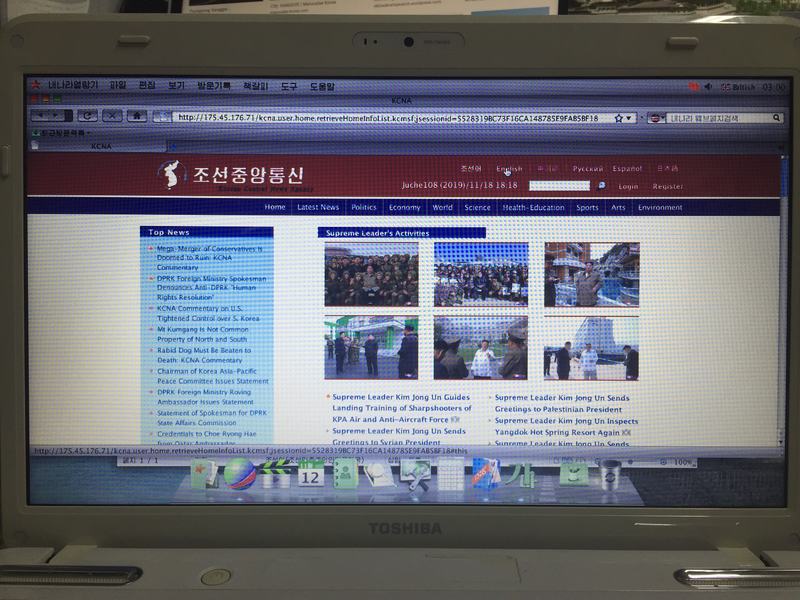 The Naenara website is the gateway to lots of interesting stuff related to the North Korean internet. The site is available in Korean, English, French, Spanish, Russian, German, Japanese, Chinese and Arabic and contains 7 topic headings:

The main page of Naenara undergoes regular redesign and consists mainly of links to other pages and websites.

At the time of writing: The top of the page documents recent activities of the Supreme Leader (similar to news websites such as Rodong Sinmun or the Pyongyang Times).

Further down the page, there are links to some of North Korea’s regular publications such as ‘Korea Today’ and ‘Foreign Trade’ amongst other periodicals. These links redirect to a website (www.korean-books.com.kp) which contains literary publications, books and other works, which are often on sale in North Korea. These are available for free in PDF form.

The front page also offers links to the memoirs of President Kim Il Sung, the constitution of North Korea and the plan for National Reunification.

Most interestingly, there are links here to other North Korean websites (hosted on the same IP as Naenara). At the time of writing, these links include:

-   North Korean Books
o    A catalogue of publications ranging from political works and memoirs of the leaders down to regular magazines and brochures from around the country.

-    The Kim Il Sung-Kim Jong Il Foundation
o    According to the about page, the foundation’s mission is the preservation of the Kumsusan Memorial Palace where the leaders lie in state.

-    Polestar Insurance
o    Polestar was reportedly founded in August 2016 and is based in Mangyongdae District, Pyongyang and it a state-run insurance firm.

-    Future Re Company
o    A very modern looking website offering reinsurance and other financial things that I don’t claim to understand in the slightest.

-    Korea Green Fund
o    An NGO focused on the development of environmentally friendly technology and protecting the environment of North Korea.

-    Rainbow Intermediaries
o    Another insurance company offering cover for property and individuals – based on Mirae Scientists Street in Central Pyongyang.

I would recommend anyone who is interested in the DPRK’s internet to have an explore online (VPN may be required depending on where you live). Naenara itself is ripe with hidden gems such as traditional folk music in mp3 format. Plus links to government agency websites such as the Ministry of Foreign Affairs and others.

Certainly well worth an explore and a unique chance to understand the internet in North Korea.

Interested in finding out more about Korea in a less digital more hands-on style?

Check out our tours page and learn about the group tours we have planned for the near future and a chance for you to see the country for yourself!