This massive cinema built in a ‘brutalist’ style is situated on Yanggak Island and was completed in 1989.

Korean architects we have spoken to are not clear on what the original design was based on but it is either to reflect a ‘water-mill scooping up water from the river’ or ‘rolls of film through a projector', both are possible but what is clear is that it is a mammouth construction. 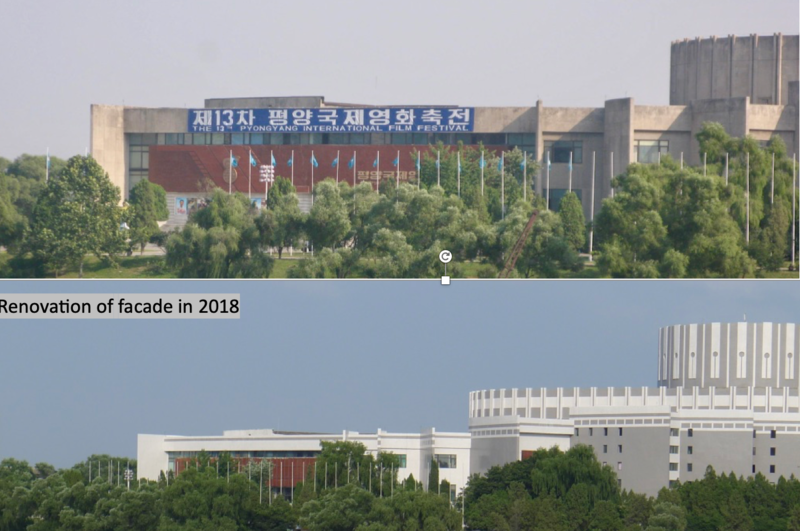 The cinema is pretty quiet most months apart from in Autumn when it is used for the opening ceremonies for the Pyongyang International Film Festival (PIFF) and for screenings during this period. various stalls outside sell food and refreshments.

During PIFF the tickets can be as high as US $15 – and if no tickets are available and the film is popular they can change hands for higher prices.

The film festival is held in Pyongyang to celebrate domestic and foreign films.

The international participation aspect of the festival is organised by Koryo Tours & Studio.

In 2018 the exposed concrete exterior was clad in grey and white tiles in a 35mm film effect as part of a general tidy up of the city.

The massive entrance hall is lit by light tubes connected from the roof through the building though sadly the idea was better than the effect of natural light filtering into the hall is rather dismal.

The basement is host to public facilities to relieve the 2,000 people watching long and dull films no doubt, but is also host supposedly to a factory making toilet rolls!

The cinema has 60,000 square meters of useable space- about this size of 8.5 football pitches and has more than 600 halls and rooms to get lost in.

As well as film projections the 2,000 seat space is used for comedies and theatrical performances. 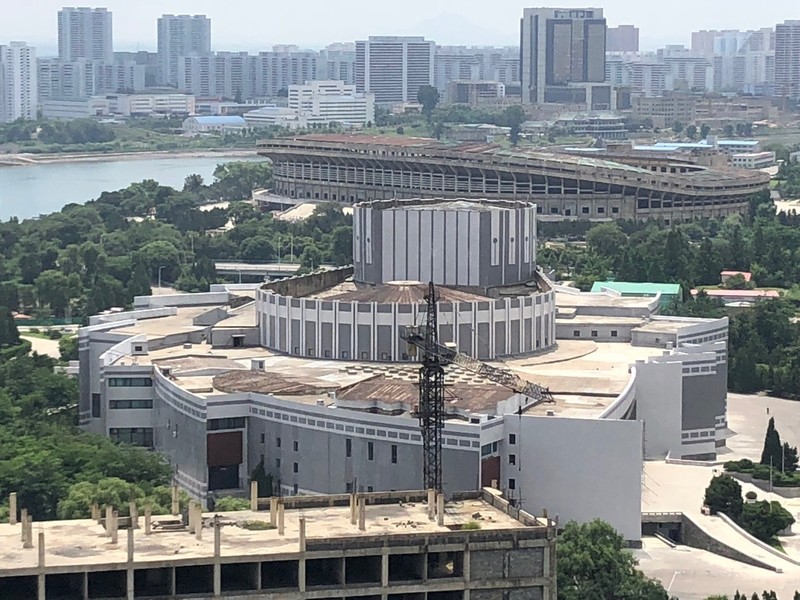 The theatre in 2018 became the base for actors and actresses (so you can do some star-spotting in the 600 seat bar) and also housed the film orchestra.

It comes complete with its own performance and recording facilities.

Other excitements include an uber-cool original décor 80’s restaurant and various rooms for juries for international film festivals etc.

In 2017 the 600 seat cinema was modernised by Koryo Tours & Studio and the separate entrance hall was converted to a bar and gift shop.

The cinema renovated the thermal heating system (supplied by the thermal power station on the edge of the city) that had fallen into disrepair so in winter it is one of the few building in the city that remains above 0 degrees. 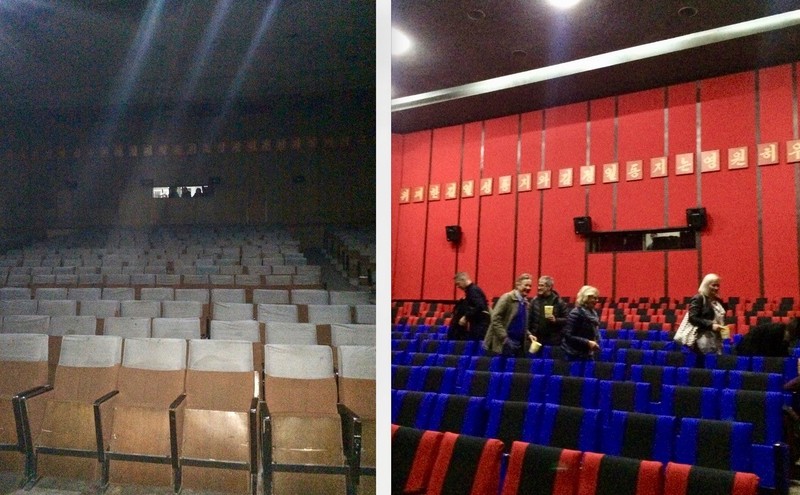 It has full surround sound and the only DCP projector in North Korea. It is hoped in 2020 that the cinema will host the first ever Children’s Film Festival.

Foreign tourists on tour with Koryo Tours can often visit the cinema for a screening of ‘Comrade Kim Goes Flying’ – a joint DPRK-Belgian-UK production focused on a coal miner who wishes to become a trapeze artist.

The 600 seat cinema also has permission to show a limited number of approved foreign films – the tickets for the theatre in 2020 were around US$1.

Koreans watch films in the daytime (they get permission from work to pop out) and maybe into early evening during the festivals, but there are no evening screenings as such. In March 2019, special permission was granted for Joss Stone and her crew to come to North Korea and do a unique itinerary which included a local concert.

Joss visited for 3 days alongside her guitarist Leon - they visited a music shop and learned 'Arirang' (A Korean song) with their local guide and filmed the performance.

She performed at the bar of the Pyongyang Cinema House in front of 60 tourists, local guides and representatives from the British embassy.

Along with her own songs, she also performed Arirang for the audience alongside her guides with whom she had been practicing. 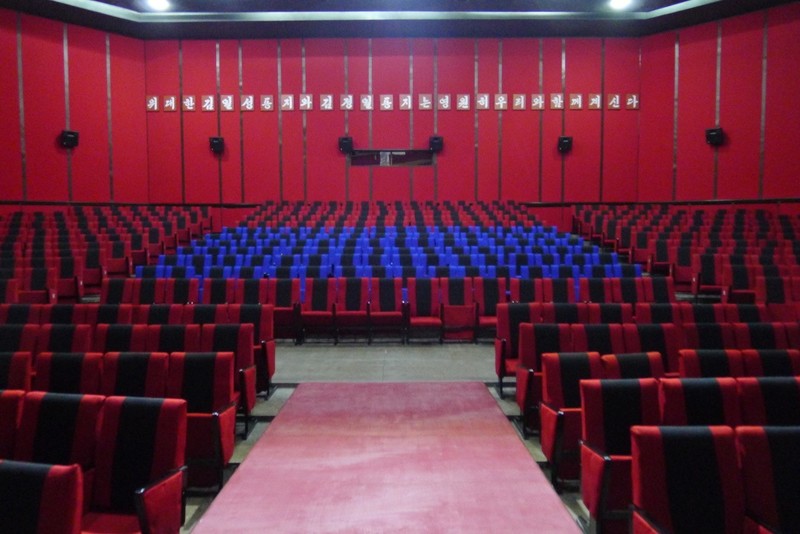 The cinema hall is located on Yanggak Island (Yanggakdo).

Many are familiar with the towering skyscraper, the Yanggakdo Hotel.

This proximity between the hotel and cinema provides easy access for tourists as well as foreign participants in the film festival.

The island is also the site of a 30,000-person capacity stadium as well as the Yanggak bridge which crosses the Taedong, linking east and west Pyongyang via the island. 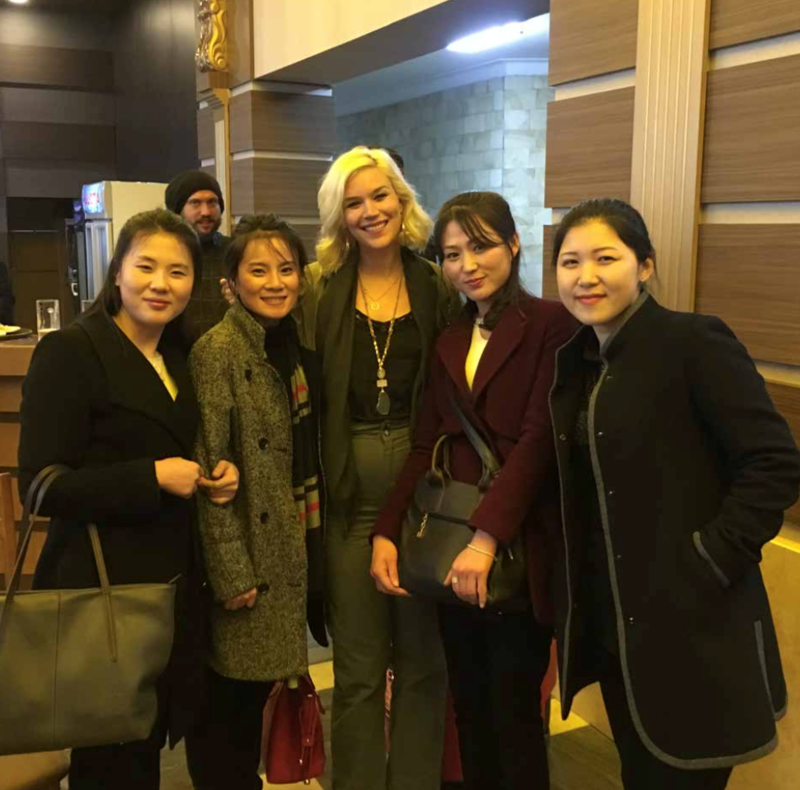 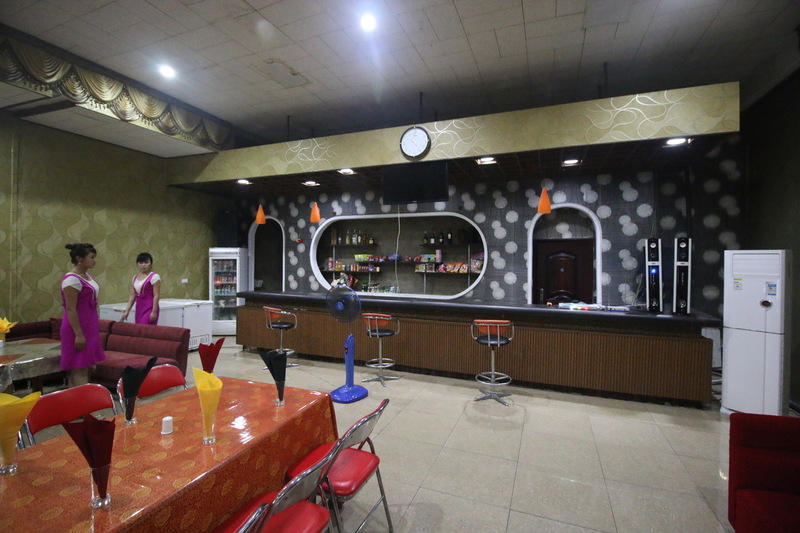 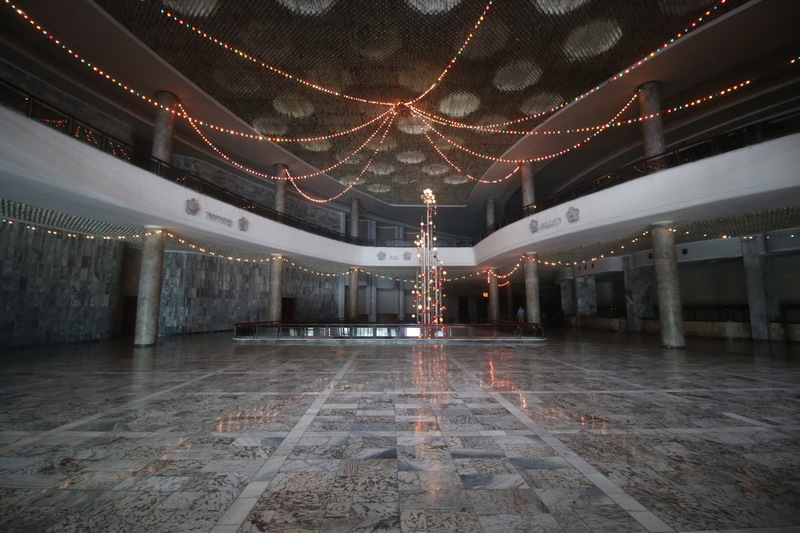 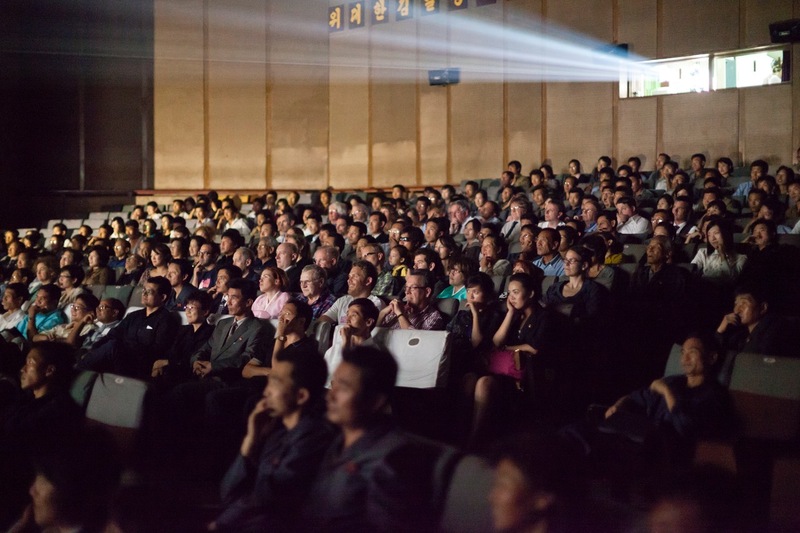