North Korea is not a country blessed by a wide proliferation of international cuisine. North Korean food is similar to its southern counterpart and China.

There are the well-known Italian Pizza Restaurants in Pyongyang, burger bars are not an uncommon sight in the capital, and of course, there is the creep of food of a non-Korean origin into the national cuisine (see tempura for example, which is commonly found in Korean restaurants in Pyongyang.

In general, though, it is Korean food for Korean people, with few exceptions.

One of those exceptions though is this very interesting place, Xiangmanlou Restaurant (In Chinese 香满楼, and in Korean 향만루 which would be Romanised as Hyang Man Ru). The name means roughly a fragrant and satisfying place, just the kind of thing we look for in a restaurant!

Xiangmanlou is a fairly common name for a restaurant in China actually, there are a few places that carry this name in Beijing alone (including a long-standing Shanghai Restaurant, and an excellent Beijing Duck place with this name near the Yu Yang Hotel in Beijing) but in Pyongyang, there is just this one, but it is well worth considering a visit if you get the chance!

At the west end of the massive Kwangbok Street, on the opposite corner to the Youth Hotel in a very noticeable brown building with a large rounded front, on which the name of the restaurant is displayed in both Chinese and Korean.

This large complex contains a main dining hall (as with many large restaurants foreigners are not normally allowed to eat in here) as well as smaller public rooms and various private rooms too. 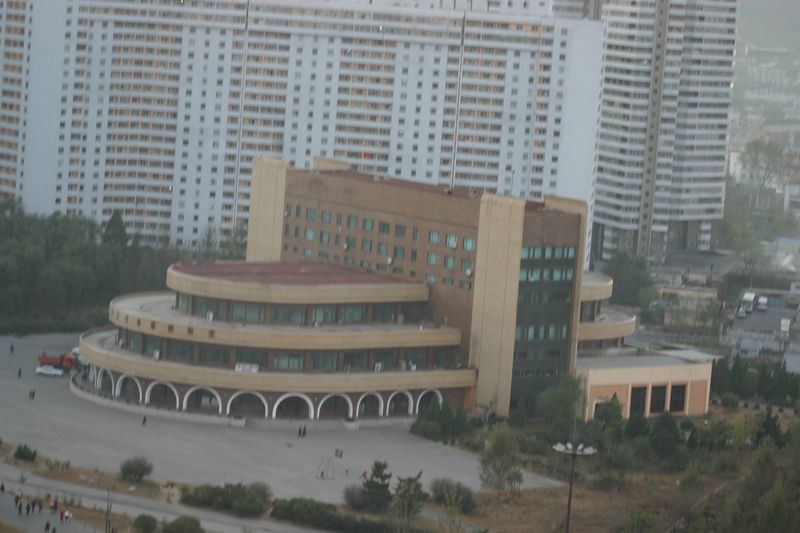 It is probably true that the majority of people who come here don’t actually come for Chinese food, although it is technically a Chinese restaurant.

Much of the menu is made up of Korean classics but it is known mainly for its steamed buns, dumpling and Chinese noodles - plus various other dishes from the neighbouring Middle Kingdom, some of which are very authentically done indeed, the fish, in particular, is excellent. 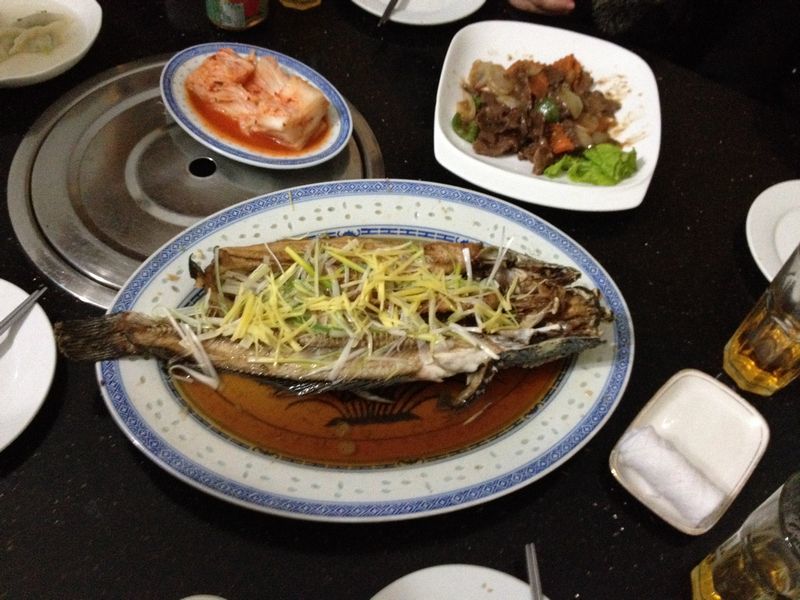 So, for anyone looking for something a bit different, or for anyone staying at the Youth Hotel and looking across the traffic intersection and wondering ‘what is that building?’ this is a good option to request.

Not always open to tourists, but still somewhere that sees a good amount of trade from locals and Chinese businesspeople (some of whom stay at the Youth Hotel and are a common sight in the lobby and billiard room there), the Xiangmanlou Chinese Restaurant is a curiosity on the Pyongyang dining scene, and somewhere also of architectural note too for lovers of quirky buildings! 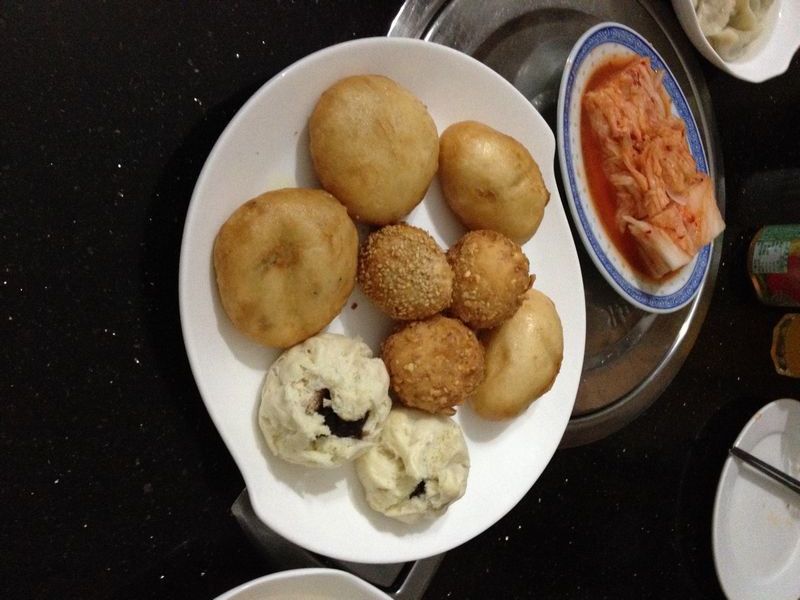 About average for what we may loosely-define as a ‘middle-class’ Pyongyang Restaurant. Basic Korean dishes from as low as $1.5 for basic bibimbap, up to $14 or more for a whole fish.

As usual, the menu does contain some ostentatious platters on offer but whether anyone orders these are in doubt. It seems that most people come for the Chinese food and for that dishes run from around $2 (dumplings and noodles) up to $10+ (fish).

Quality is fine, of course, the Chinese food in China is better but here it is perfectly legitimate and the Korean food is good too.