There are two main stamp exhibitions in Pyongyang, North Korea.

Stamps; they are little bits of paper with gum on the back and a picture on the front – you put them on letters and postcards as an alternative to taping money instead, and that means they get delivered to who you are posting the item to.

Simple as that really! 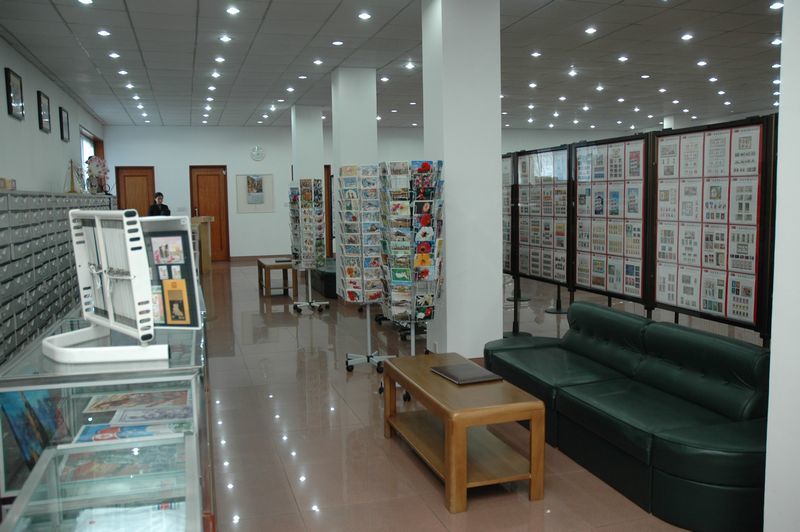 These are both shops as well as exhibition spaces.

One which dates from the 1980s and it just a short walk from the Koryo Hotel in downtown Pyongyang, and another new one (opened in 2018) on Tongil Street. The latter site also has a rather good restaurant downstairs with the stamps being exhibited upstairs. This place has a better layout, larger spaces, English explanation for some of the stamps, and in general, is much more modern.

The Stamp Exhibition downtown is smaller and a bit cramped among the displays but is more conveniently located (and anyone travelling with you who doesn’t want to look at stamps can just walk to the Koryo Hotel and relax there for a bit). Downtown’s Stamp Exhibition was renovated in the late-2000s, it used to be easy to find by simply looking for the building with ‘Korea Stamp’ written in the window.

In around 2003 this moved to the building next door, but the sign confusingly remained in the window of what became a photo studio. Anyway, close enough!

Downstairs is also a restaurant, but it is rarely open for visitors.

There are a vast range of stamps on display and available for purchase, including some from the founding days of the DPRK in 1948.

Prices vary of course and the usual purchase by tourists would be sets of the more revolutionary stamps including pictures of the DPRK leaders, aggressive propaganda pictures, images of personages from the various home countries of the tourists themselves (from Britain? Get a Princess Di stamp, from Sweden? How about Alfred Nobel? American? They have Donald Trump in the first summit, plus old ones of a cartoon Richard Nixon being attacked by the pans of the world’s journalists! Welcome visitors from China! they have all of your various Presidents and Chairmen on stamps!).

There are stamps for just about every occasion imaginable; Party Congresses, Olympics, the anniversary of the discovery of this and that. Sets devoted to aviation, trains, the birds of Korea, trees, construction, great composers of the world, and so on. 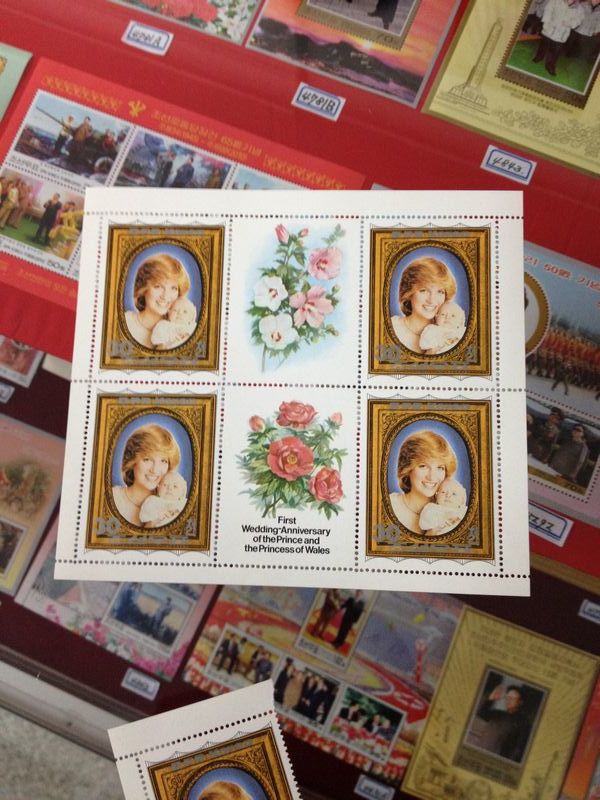 But why so many different stamps?

Surely nobody uses these stamps?

That’s largely correct. In fact every country issues stamps that are specifically for collectors.

The economics of stamp issuance is too complex (and boring) to go into here but as a form of currency these are a way to raise a bit of capital, plus people across the world do take philately seriously as a hobby. Some stamps from DPRK are very valuable, most of them are more modestly priced and worth just what you pay for them.

But the main official use of stamps is to send stuff, tourists often send postcards (a kind of primitive pre-proto email for younger readers) and for this you need a stamp, but of course, this is North Korea where nothing is so simple!

Any stamp issued before the currency revaluation of 2009 is not valid for postage and is now just a souvenir (this is also true of the paper currency used before that time, which can also be found for sale in these shops) and there is a fixed price for sending any postcard overseas right now this is 155 won (the exchange rate used on these stamps is the official rate, a long explanation of this can be found elsewhere, but for now this is around $1.5).

There are somewhat pedestrian stamps with the national flag on which are denominated in this exact amount, this is the easiest thing to stick on a postcard. If you want to use some of the sexier stamps then that’s fine as long as they are valid, but note that they tend to be bigger and more for display, so stick them on before you write on the card (also, only postcards made in the DPRK are allowed to pass through the postal system here, so you’re not supposed to bring your own from home!).

Any stamps with a picture of the DPRK leaders is something to think about before you put it on a postcard. These images and photos are venerated and are not supposed to be commodified, but they do have a value on them and can be used. But never put them on sideways, upside down, overlapped by another stamp, beneath another stamp, etc. Frankly just leave these off a postcard as it is a lot of hassle and too easy to get wrong, just keep them as souvenirs and inexpensive Christmas & Birthday gifts!

These days almost all stamps are gummed, pre-2009 this was actually not that common and reliance on glue sticks, a crucial weapon in the tour guides’ arsenal, was common.

Another couple of notes on postcards; anywhere in the world someone is probably reading it before it arrives, but here they care a little more. So maybe keep it simple and a bit more ‘wish you were here!’ than a detailed treatise of your views on the political structure of the country, that’s more of a Facebook thing anyway! Also, you can send to any country (apart from South Korea) but it will all take 2-8 weeks usually, be patient!

Pyongyang’s Stamp Exhibitions are worth a trip for any visitor really, if you treat them like little pieces of art/history/curiosity then you will get a lot out of a visit here, if you are a collector of philatelist then you’ll be in heaven! 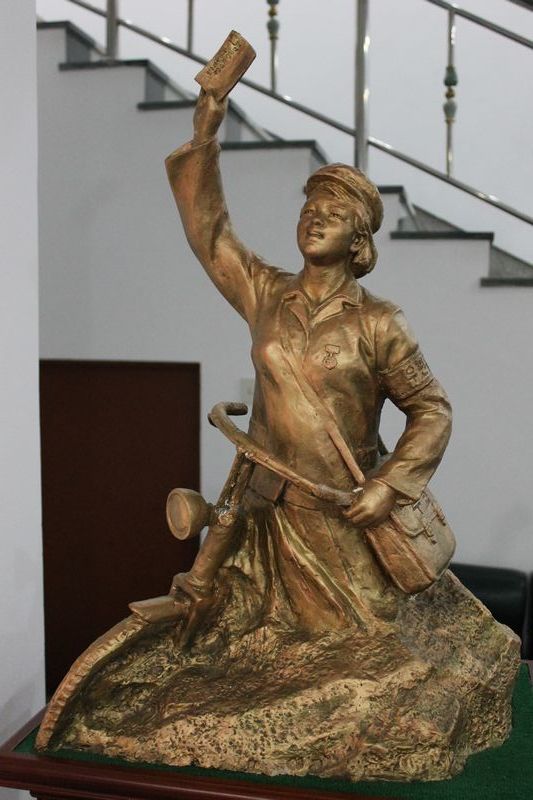 The University of Chicago has digitised a collection of over 2000 Stamps online here, this is a mere fraction of what you would see and have available on a trip to one of the Stamp Exhibitions in Pyongyang, but it does give a sense of what kind of things can be seen there.

Korea Stamp Society (it is from South Korea) has a handy website with occasional info on the stamps of their Northern Neighbour as well as their own country.

That can be found online here in English.