Pyongyang Grand Theatre is Pyongyang’s most well-known and prestigious theatre. It is home of the amazing Revolutionary Opera performances, and also a major landmark and architecturally distinctive building in its own right. 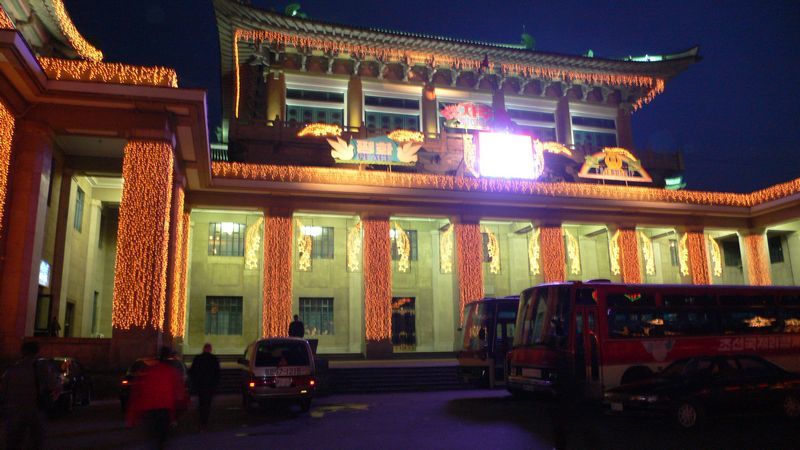 Opened in 1960, this is the first of the Major Korean-style architectural projects completed in the re-built Pyongyang.

From 1953 until the opening of the Pyongyang Grand Theatre, almost every building raised was a somewhat utilitarian Soviet-inspired effort.

With the opening of Pyongyang Grand Theatre, a new era of designing buildings with national characteristics could begin.

The sweeping roofs, very clearly Korean in history and design, are what characterise this building, while other buildings (such as the Grand People’s Study House) also have such design this is one of the most recognisable and distinctive buildings in Pyongyang even decades after its completion. 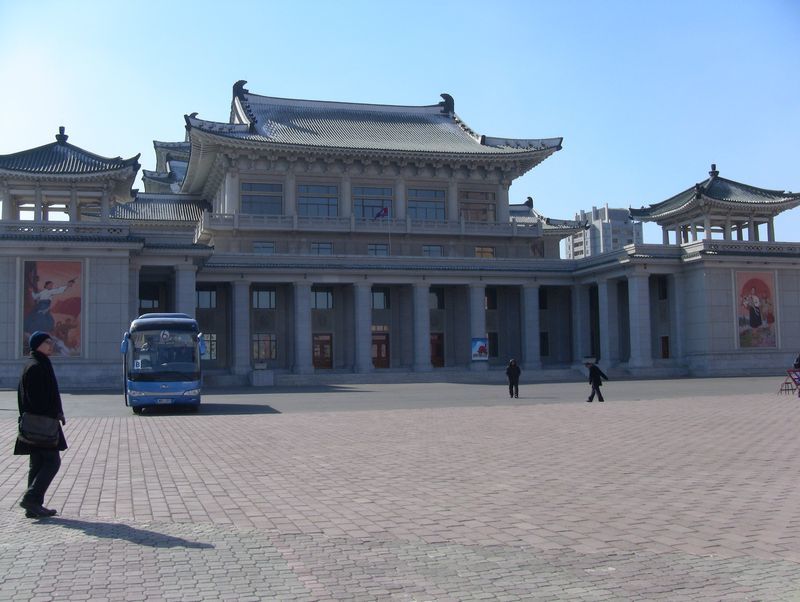 Yonggwang and Sungri Street are two of the main arteries of central Pyongyang. Pyongyang Grand Theatre sits at their junction, about 1km south of Kim Il Sung Square, directly opposite the Pyongyang Hotel, and just across the road from the Taedong River.

There are few more central locations than this theatre. It also has a sizable car park so stopping here as a starting or finishing point for walks in central Pyongyang is also very common. This is not a building that will be missed by any visitors to Pyongyang. 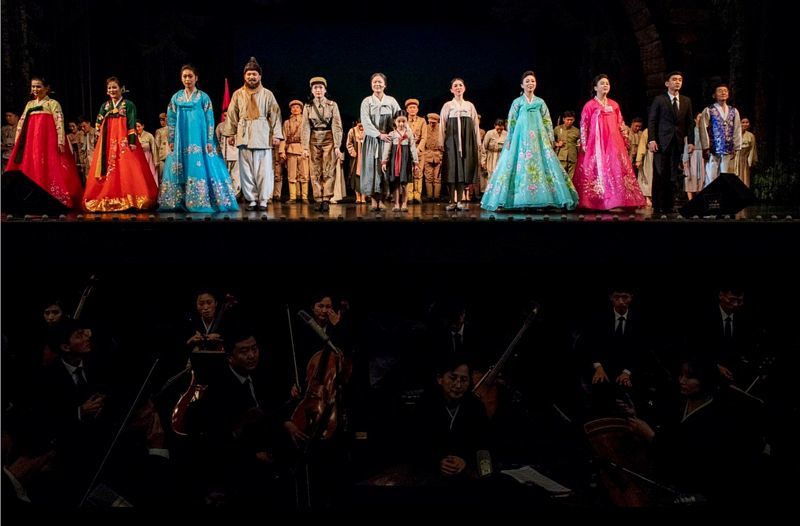 While stopping for photos and using the car park is common actually visiting inside the Pyongyang Grand Theatre is not so usual for foreign tourists, mainly because it is used for Revolutionary Operas and these are not regularly scheduled or known about very long in advance, Still, when it is possible to attend a performance this is highly recommended to get some exposure to this very North Korean art form.

More detail on the performance of these classic Revolutionary Operas can be found here, but even if the subject matter is confusing and relates to events that are not as well known as they should be outside of Korea it is worth it for the production values alone as well as the chance to go inside this building and into the main auditorium, a lovely, and very retro, space.

There is also a nice restaurant inside the Pyongyang Grand Theatre which is open sometimes for foreign visitors, and outside in the grounds of the theatre there is a small children’s park, a mosaic of the five main Revolutionary Operas, and it is common to find people playing volleyball in the car park too.

Every morning a group of local ladies gather in front of the building to take part in a kind of music and dance display to encourage workers on their way to their jobs. This happens across the city, often outside major junctions and subways stations but the one in front of the Pyongyang Grand Theatre is particularly good. If you are staying at the Pyongyang Hotel this will be easy to go and watch, otherwise, it can be arranged via tour guides.

The dance, along with the Grand Theater as a backdrop make for great photos. 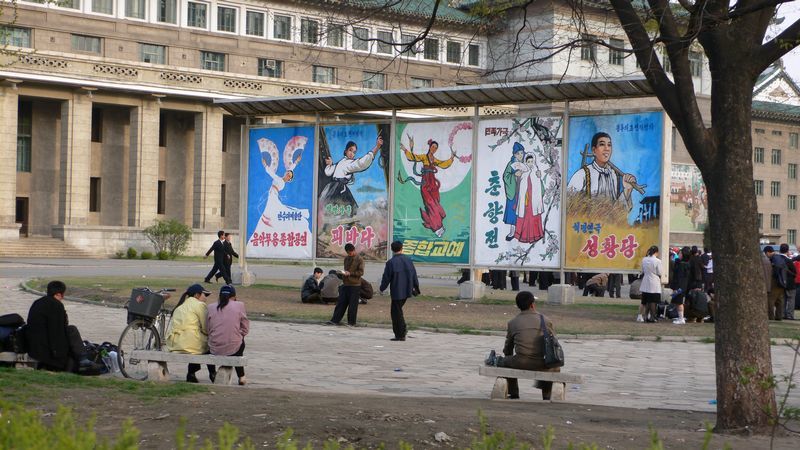