In 2010 the brand new  Kaeson Youth Park opened in Pyongyang. This was the first of the modern funfairs in the North Korean capital. High-tech rides imported from Italy, of a vastly superior quality to anything previously existing here, a very modern experience and something open into the evening for the citizens of Pyongyang, plus occasional visitors, to enjoy.

Kaeson Youth Park remains a popular spot for tourists, one of the best places to mix with local people and scream in terror/laugh at people screaming in terror alongside them.

Prior to 2010 though this was also a funfair, but a much more retro one, full of delights, and even more packed with locals usually than it is today. Let’s take a trip back in time to the Kaeson Youth Park back in the day! The same place as the current Kaeson Youth Park – between the two parts of Moranbong Park, next to the Arch of Triumph. Closest station on the Pyongyang Metro would be Kaeson (Triumph) Station. 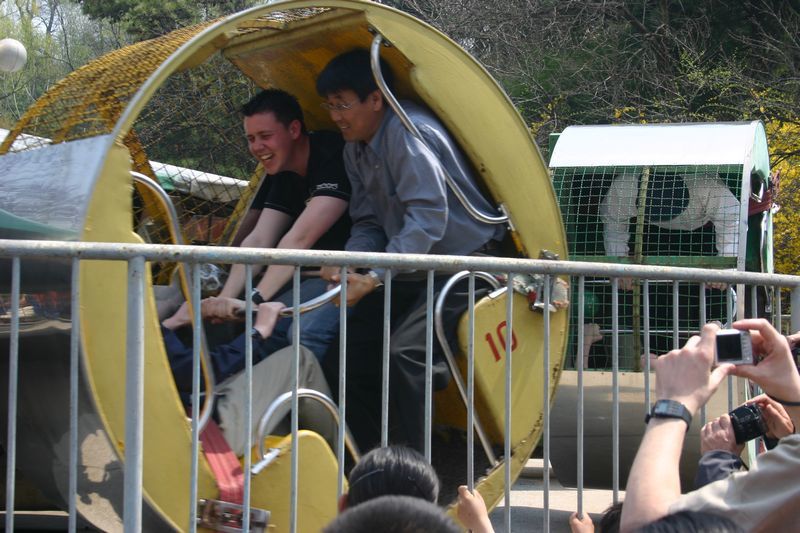 Before 2004 this park was off-limits to foreigners, something very frustrating as tourists would drive or walk past and see a missed opportunity for mingling with Pyongyangers having a fun time. Fortunately, Koryo Tours was able to negotiate entry finally, for the cost of $1 entry per person, plus $1 per ride. Much cheaper than the current foreigner rates for the more modern rides here.

The layout of the Kaeson Youth Park has remained mostly unchanged, mainly because it is set into a fixed space in a small valley between two parts of Moran Hill, there isn’t room to expand basically so it is about using the space available. 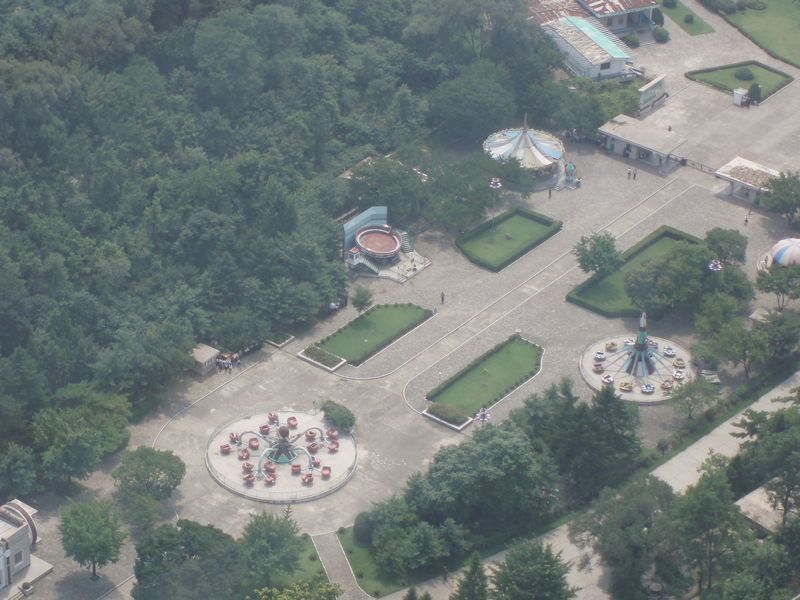 As one entered the old park the first rides were simple ones; a carousel to the right (now a shop), and another carousel-like kids' ride to the left, further up there was yet another revolving ride on the left, opposite this was the most violent ride in the park, the Wheel of Death! 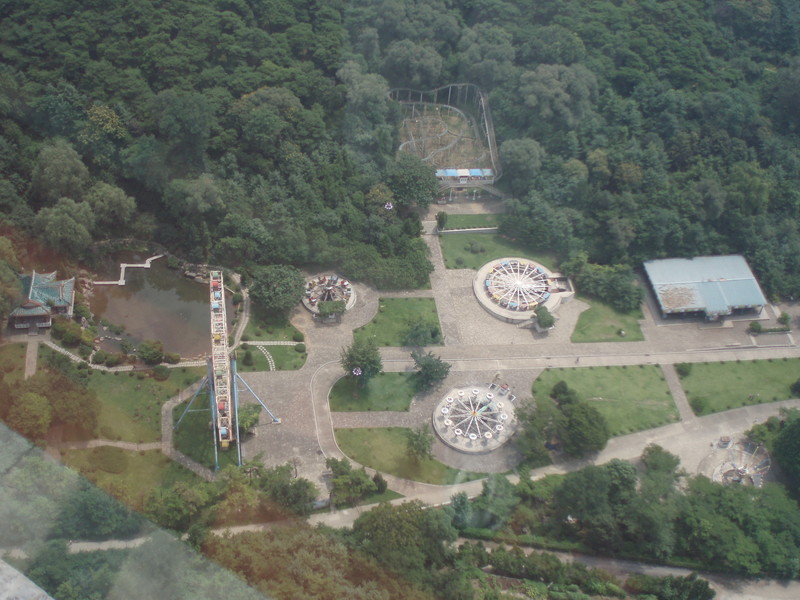 As with the rides in the park today this was not the real name, just one given by foreign visitors, it is a simple spinning bowl but when cranked up by the controller one that threw its guests around violently, smashing them against the iron seats. Of course there were no safety harnesses. Check out this video for an idea of what it was like – and trust us that it got much worse than this!

In the middle of the park was something called the ‘Octopus’ a spinning ride with several arms. One of these still exists in the Mangyongdae Funfair actually. This is the spot that the tall Tower of Terror occupies now.

Spinning rides were what dominated this park at that time, there were a couple more of them further back into the park, including one which involved being strapped into what looked like a hamster wheel which then spun on two axes, one of the occupational hazards of this ride was getting an eyeful of rust as the mechanism ground itself around over and over again!

There was also a Ferris Wheel, a simple one which rotated as a leisurely pace, giving a nice view over the park and to the Arch of triumph. The absence of a Ferris Wheel from today’s Pyongyang – especially in an era when cities around the world continue to build them ever more massively – is a pity. This one was definitely in use past its expiry date though, it was wobbly and sedately terrifying rather than the short sharp shocks of the Wheel of Death!

Tucked away at the back right end of the park was a small rollercoaster, a manic mouse. This was a lot of fun as the corners for some reason were not banked, making the little cars rattle round the tracks with the ever-present threat of being flipped over the edge. At the end of the track an old coaster car was put upside down on the ground, as a warning or something that went wrong and just left to sit there? Who knows?

Beneath the coaster was a ploughed bit of land in which cabbages were grown, this gave the ride a pungent element at certain times of the year. Not particularly welcome, but adding to the atmosphere perhaps! 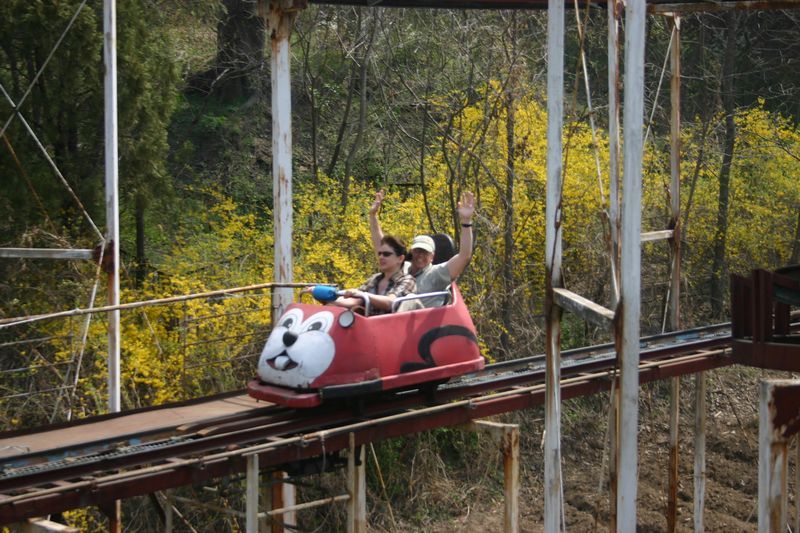 There is in fact one ride in the current Kaeson Youth Park that remains from its Golden Age – the dodgems (bumper cars) – this is almost unchanged, same location, same vehicles. The main change here is that in the earlier 2000s local kids would drive around here trying to avoid crashing, whereas now the paradigm has shifted and smashing into others has become the way to do it. It was often hilarious to watch foreigners ramming each other while the locals watched with horror at how the visitors seemed unable to avoid any crashes at all!

Next to the dodgems was a wall with the outline of two painted American Soldiers on it, both with holes in the middle, the game here was to thrown blocks of wood into the holes, this ‘killing’ the target. This basic ‘Grenade Throwing’ game was always packed and incredibly popular with local kids. A simple bit of fun with a wartime propaganda element. A less subtle time we could charitably call it! 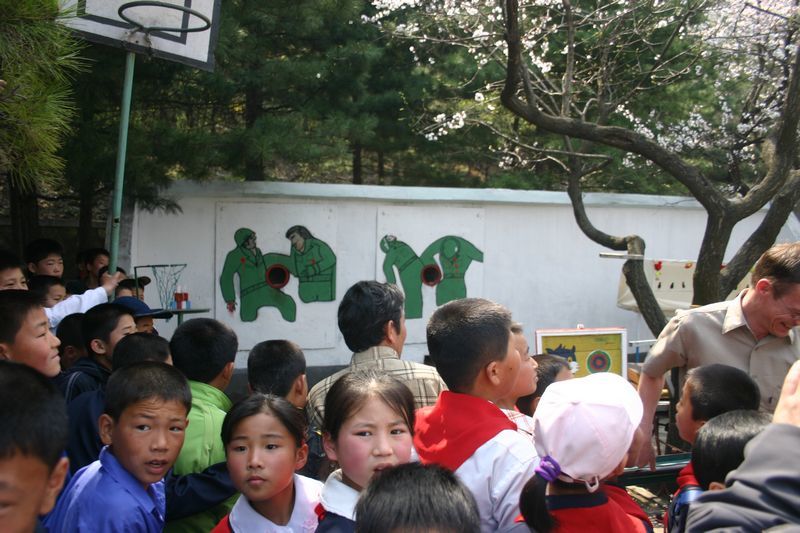 So, while some Pyongyang old-timers and veteran visitors mourn the passing of the Old Kaeson Youth Park, one of the most bustling places in the city and a highlight of so many trips to the DPRK, it is worth remembering that many of the rides were pretty old and decrepit, and one of them downright deadly! 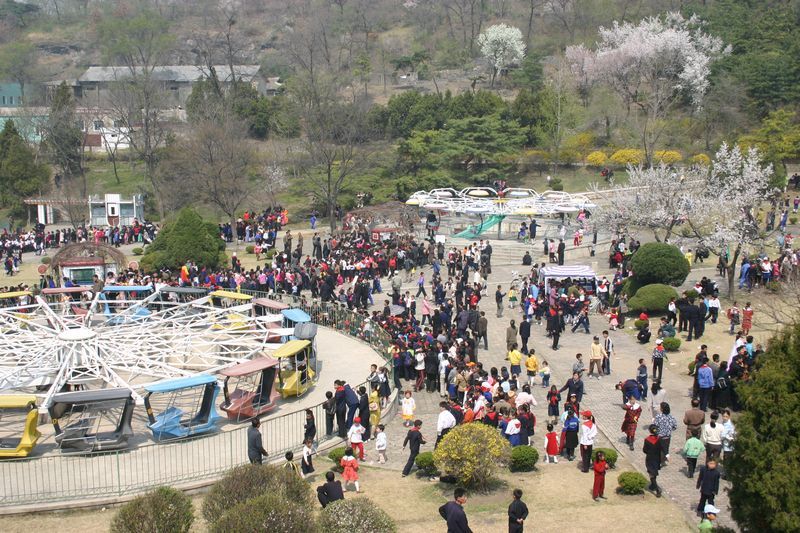