Deep in the mountains and forests of the Mt. Paektu area in the far north of North Korea is a network of secret camps dating from the period of the anti-Japanese struggle, the 1920s – 1940s.

Mt. Paektu Secret Camp is the most significant by far, being the official birthplace of none other than Kim Jong Il himself, second leader of the country.

Set in a beautiful wooded glade and towered over by the precipitous ‘Jong Il Peak’, this would be a place worth visiting even if it didn’t have the deep revolutionary history and credentials that make it universally known among the people of North Korea 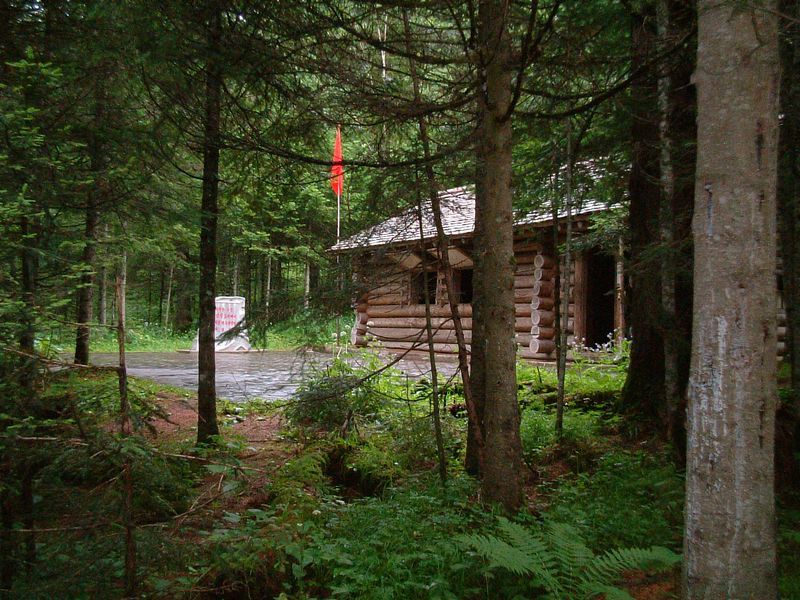 History is exactly what you are here for. The local guides, dressed in the uniform of the guerilla army at the time they were operational in this area, will explain everything in exceptional detail.

All possible facts, figures, personages, anecdotes, and more. From the building of the camp, what it was used for, who was here, and the key events that took place and around the Mt. Paektu Secret Camp. 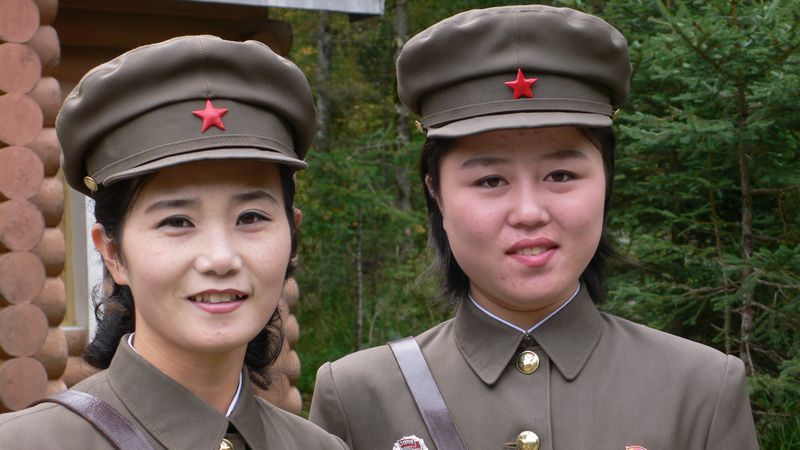 In a very brief summary though; it was one of many secret bases for anti-Japanese activity led by Kim Il Sung. His wife gave birth to his eventual successor Kim Jong Il here.

Since liberation in 1945, the activities of the men and women who took part in the struggle have been part of the founding legend of the DPRK.

No area in North Korea is more significant than this to the story of how the Japanese were driven out of Korea. 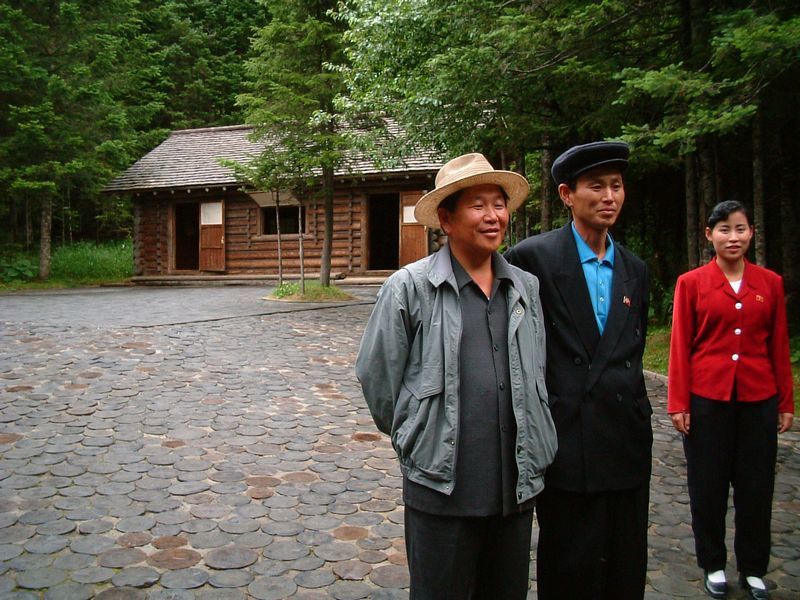 The camp itself is in the forests of the Mt. Paektu area. Directly to the east of the regional centre of Samjiyon and south of the peak of Mt. Paektu itself. The Chinese border lies not far to the east across the Amnok/Yalu River. 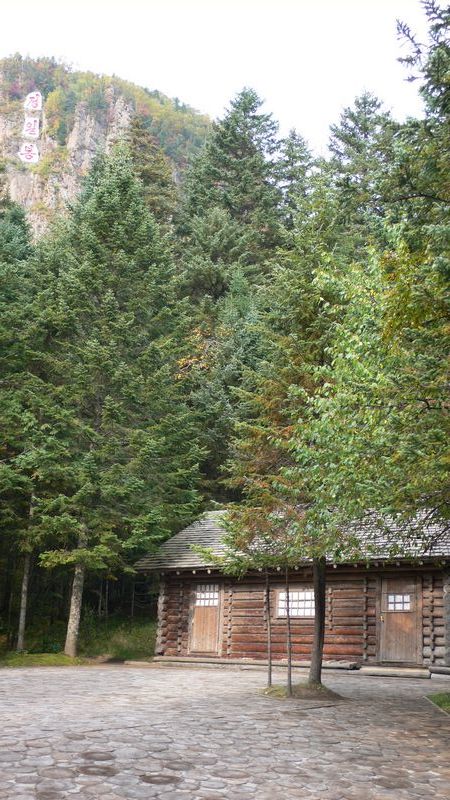 This is one of the most important sites in the whole of North Korea - the official birthplace of Kim Jong Il.

A visit to the Mt. Paektu Secret Camp must be arranged in advance and it is important to be prepared for the reverence in which the site is held by local people – so don’t touch any of the buildings, don’t walk off the paths, don’t question the official narrative.

On arrival, first, you are directed to look up at the towering ‘Jong Il Peak’, with its giant Korean lettering attached the cliff face, announcing the name for all to see.

This marks the place out immediately as somewhere significant for the ruling family, and thus a place to behave!

A short walk from the car park you come to some slogan trees (where anti-Japanese guerillas are said to have carved pro-Kim Il Sung slogans during the 1930s),  a mosaic mural of a happy-looking Kim Il Sung and Kim Jong Suk with their infant child, his birth hut behind them.

Also here, you can see a marble monument with the poem ‘Shining Star’ carved into it, written by Kim ll Sung about the birth of his son on the 50th anniversary of that event. Local guides will gladly recite and translate it for you.

Then a trail leads through the forest, various buildings stand here, claimed to be as they were at the time but this is doubtful being as it is also claimed that the site of the camp was lost for some decades.

As this was considered to be the main guerilla base there are mess halls, barracks, training sites, as well as wells and lecture areas.

All visited by any North Koreans coming to this area from any other part of the country.

The main attraction would be the actual birthplace; a simple wooden hut with a rabbits-foot door handle.

You can look inside but cannot set foot in here, or touch the outside. Witness the room in which Kim Jong Il was born on February 16th 1942, in deep winter in this, the coldest part of North Korea.

His toys; a jigsaw of Korea, a toy gun, and so on, plus maps, and other items from the period are also on display.

These are equivalent to holy relics to many people, something worth remembering if asking any questions about the provenance of the items on display or the information being given on the spot.

However you look at it though, the area of the Mt. Paektu secret camp is a beauty; scenic, peaceful, a proper mountain forest.

Soaked in revolutionary history and meaning for anyone who has been through the DPRK education system. So put yourself in the place of someone who has heard about this place through their whole life and try to appreciate how meaningful it is and make of it what you can.

A historical spot, a revolutionary spot, a secret spot. Be one of the few who get to be here in person! 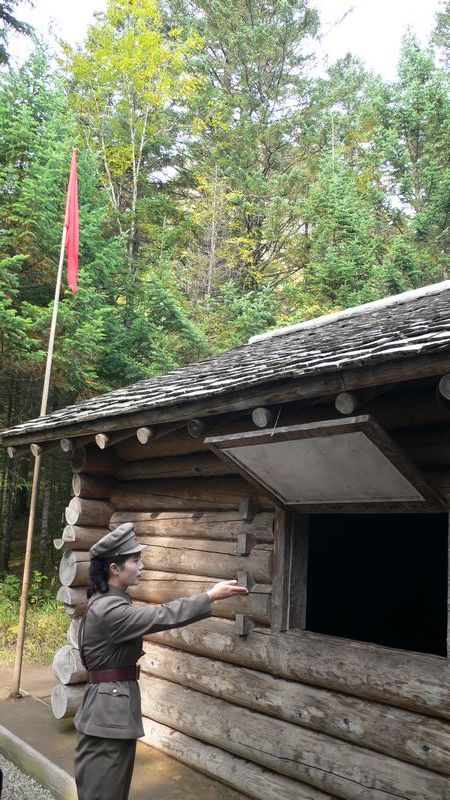